Even though the Android Robot falls under the Creative Commons license we haven’t seen the little bugger branded on doohickeys and thinga-ma-bobs around the world, ready to be purchased. Kind of curious considering its one cute hunk of green metal. While some people sit and wait for Android Robot apparel and gear, one guy was busy making it… as a birthday present for his friend LaiHiu. 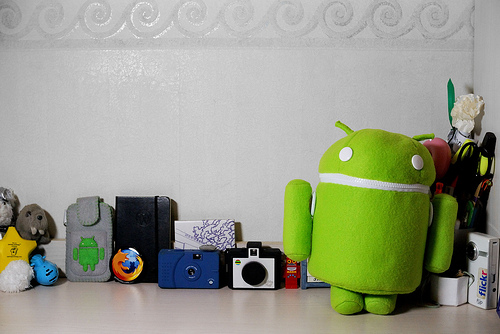 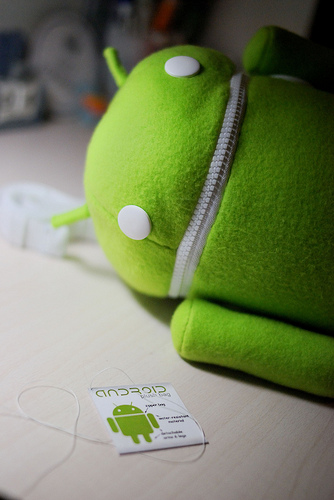 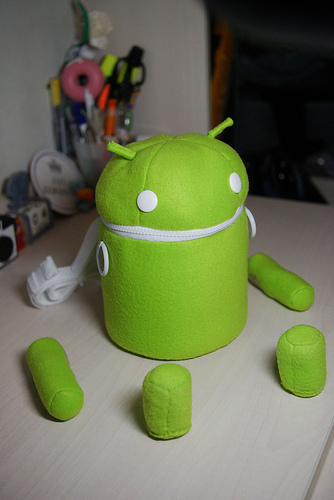 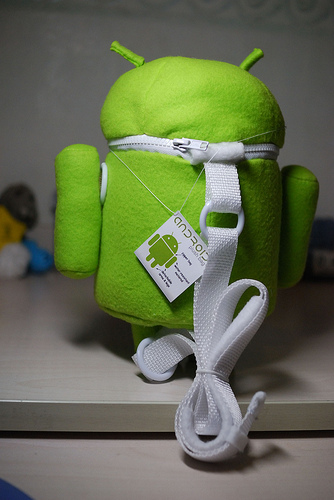 This dude doesn’t play around either… attached to the robot bag was a little tag that makes this thing the 100% legit officializationess look. Totally bad ass: 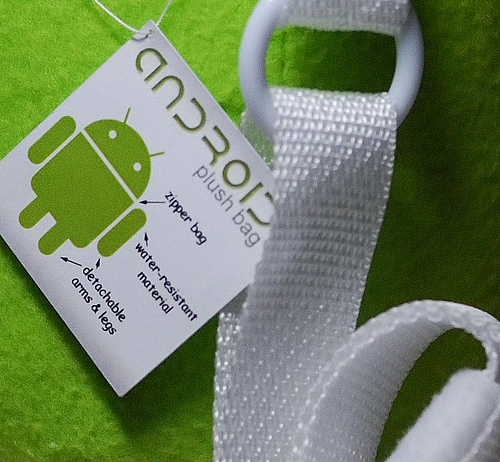 Homeboy didn’t leave out ANY details, even including the Creative Commons licensing attribution that technically would allow him (or any of you) to legally sell this bag or others he makes. 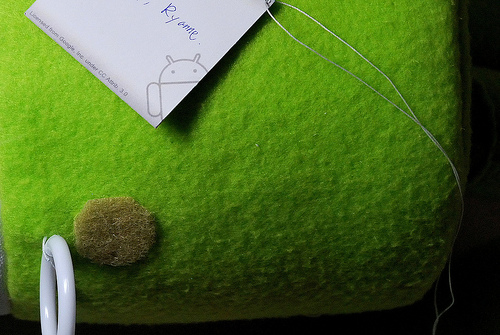 But I doubt that’ll happen any time soon as it took him 2 weeks to make:

“On and off it took about, I guess, two weeks?  I needed to pick the materials, figure out the design and of course, a lot of sewing and testing.  The hardest task was to come up with a design that makes it both a fully functioning plush and a fully functioning bag, while conforming to the mascot as closely as possible.  The head was a big trouble also, being a hemisphere and thus required some mathematics to calculate the right size of each piece of felt.  The internal space should just be enough to hold your D40 w/ lens should you wish.  The external shell is very strong though so it certainly won’t drop your camera.”

That is some high-grade sentimental end product right there! My birthday isn’t for another, uh, 11 months… but if anyone out there loves me enough ahem ahem.

A big thanks to Ryanne/LaiHui (the gift receiver) for sending this in – she initially shared her excitement on her blog at NiceSoda.com. And whether he wants credit or not, mad props go to Chow Yan Chi Vinci (the gift giver) at Ticoneva.com. Both are from Hong Kong and you can check out a few pictures of Ryanne (she’s a cutie) wearing sweet T-Shirts from Techcrunch, Reddit, Creative Commons, Firefox and others. Hmmm… is it time to get some Phandroid shirts printed up? How about some blue bot gear?