On paper, the unlimited plans that carriers offer seem like they’re good value for money. After all, the idea of getting unlimited data, calls, and text messages seems like it would be worth it, right? But there are some customers where these plans don’t really make sense, especially if they’re not particularly heavy users.

Unfortunately for legacy AT&T customers, it seems that you might be forced into one of the carrier’s Unlimited plans, unless you don’t mind paying more while getting less. A report from Bloomberg has revealed that AT&T will be raising the prices for some of its legacy plans, a first in several years.

The carrier claims that the reason behind the price hikes is to fight inflation. The price of single-line individual plans will now be increased by an extra $6 per month, while family plans will increase to $12 per month. This will only affect the carrier’s older plans so if you’re on AT&T’s newer Unlimited plans, you’re safe (for now).

“We are encouraging our customers to explore our newer plans which offer many additional features, more flexibility for each line on their account and, in many cases, a lower monthly cost.”

Like we said earlier, Unlimited plans do offer more value for money, but also not everyone necessarily needs unlimited calls, text, or data, which means that switching to these plans will end up costing these customers more money for features that they might not necessarily need or take advantage of. 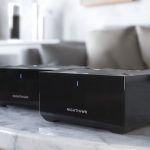