Over the past couple of years, we’ve started reaching the point where you can get almost the exact same performance from a $500 (or below) phone, compared to the true flagships. If there’s one company that epitomizes that sentiment, it’s Realme.

We’ve seen some pretty incredible options come out of the Realme camp, including the likes of the GT Neo2, and more recently, the Realme GT2 Pro. But today, we’re taking a look at the Realme 9 Pro+ and how well it stacks up. 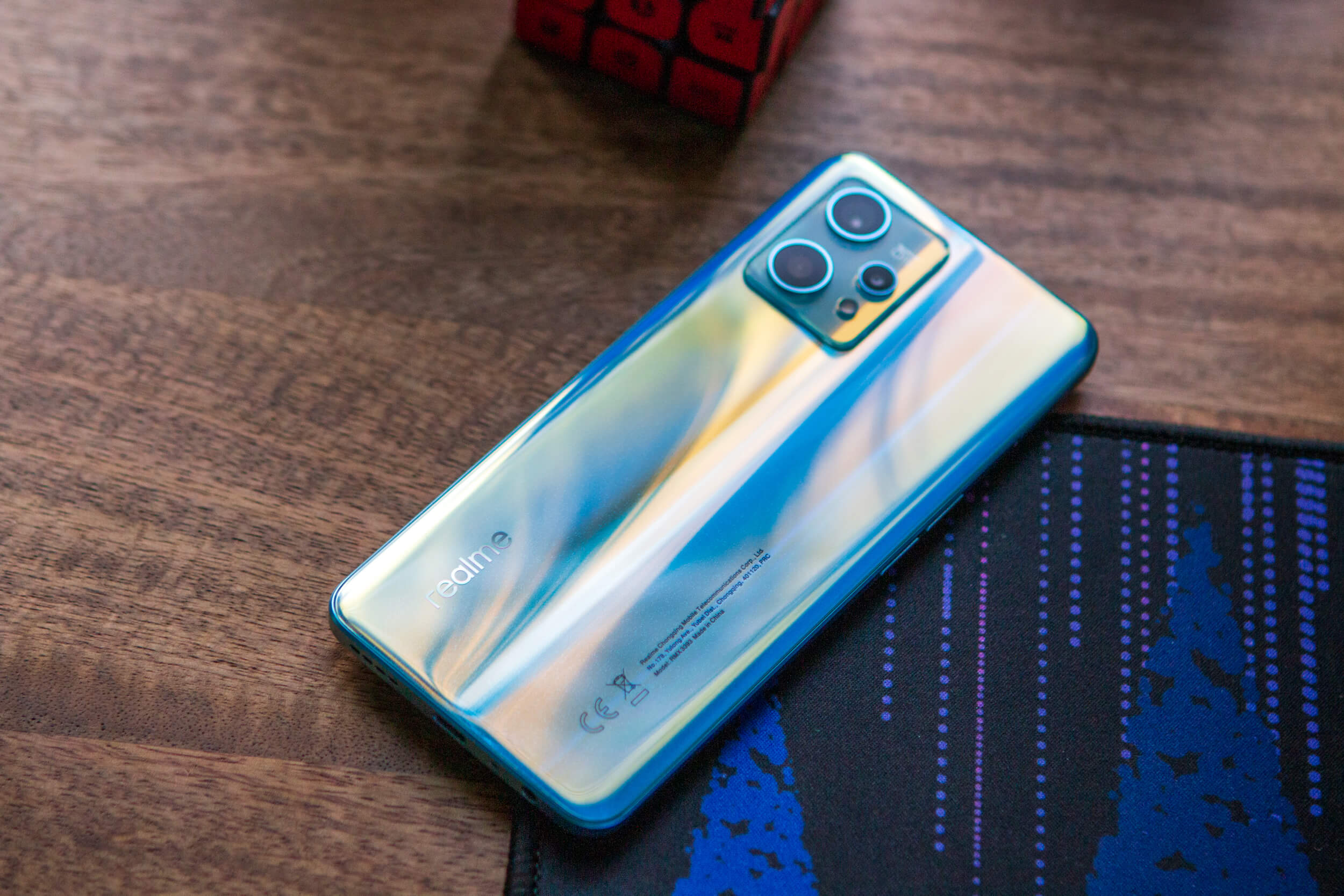 From a pure design standpoint, there’s nothing here that really stands out from the crowd. You’ll find curved edges all over the place, with the exception of the top and bottom of the frame. The power button is all by its lonesome on the right, while the separated volume up and down buttons are on the left.

On the back, we have the triple camera array placed in the top left corner, along with Realme’s branding. Then, there’s a bunch of regulatory mumbo-jumbo that honestly takes away from the general aesthetic of the phone.

The reason why this is important is because of the Light Shift Design that Realme has introduced with the Sunrise Blue color. According to Realme, this will change your phone’s color “from light blue to red when exposed to sunlight”. And man is it absolutely beautiful. 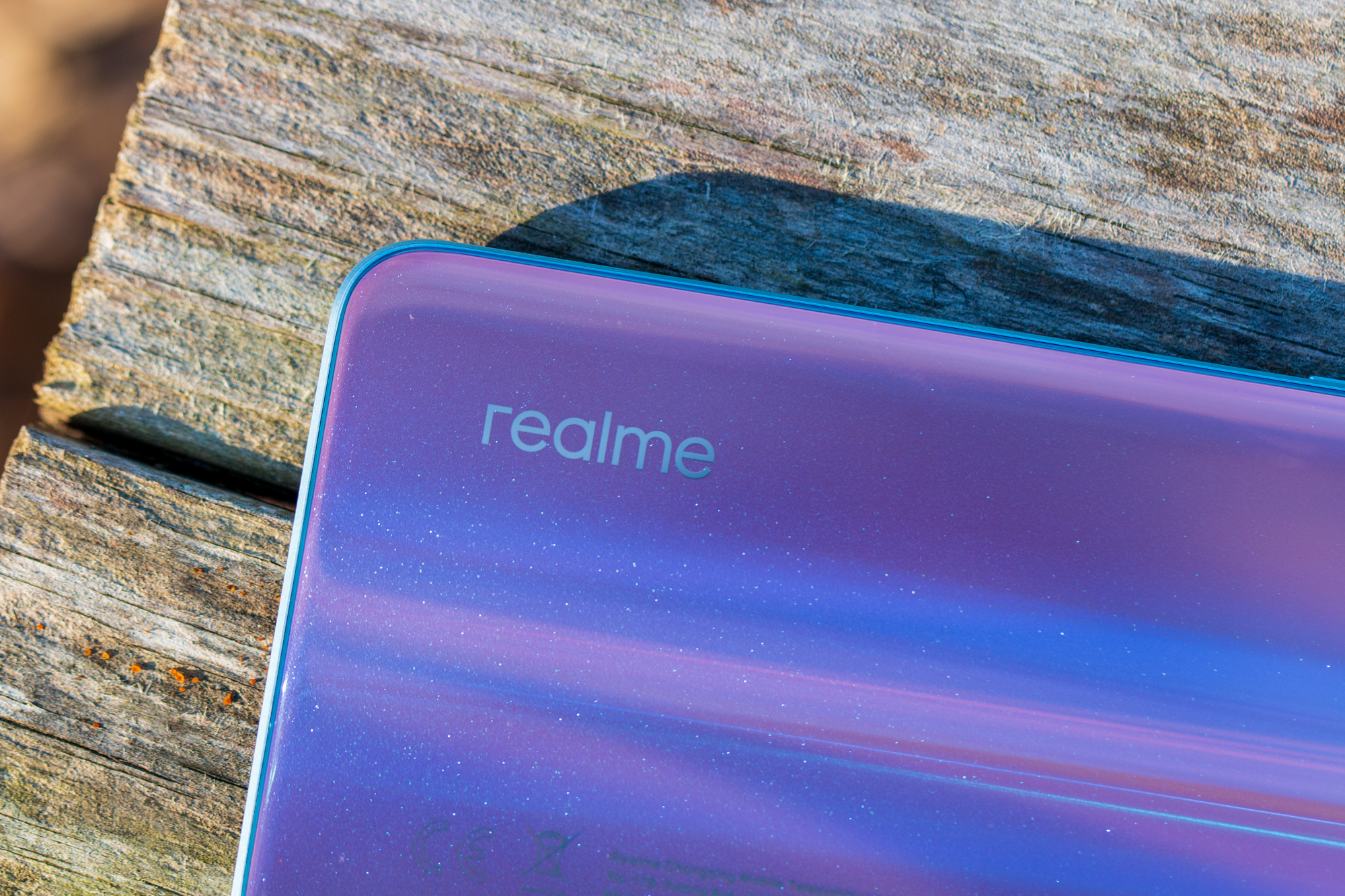 I’m not entirely sure where these companies got the idea to start implementing the chameleon-like colors, but it’s definitely a nice change from the boring color choices we normally get. Oh, and Realme offers those too if you don’t want your phone to change colors throughout the day.

Unlike phones like the Xperia 5 III, the Realme 9 Pro+ feels just like every other smartphone out there, in the hand. The smooth curves don’t cut into your palms, and the screen’s 6.4-inch display is just large enough where you might need to play some finger gymnastics, but not much. 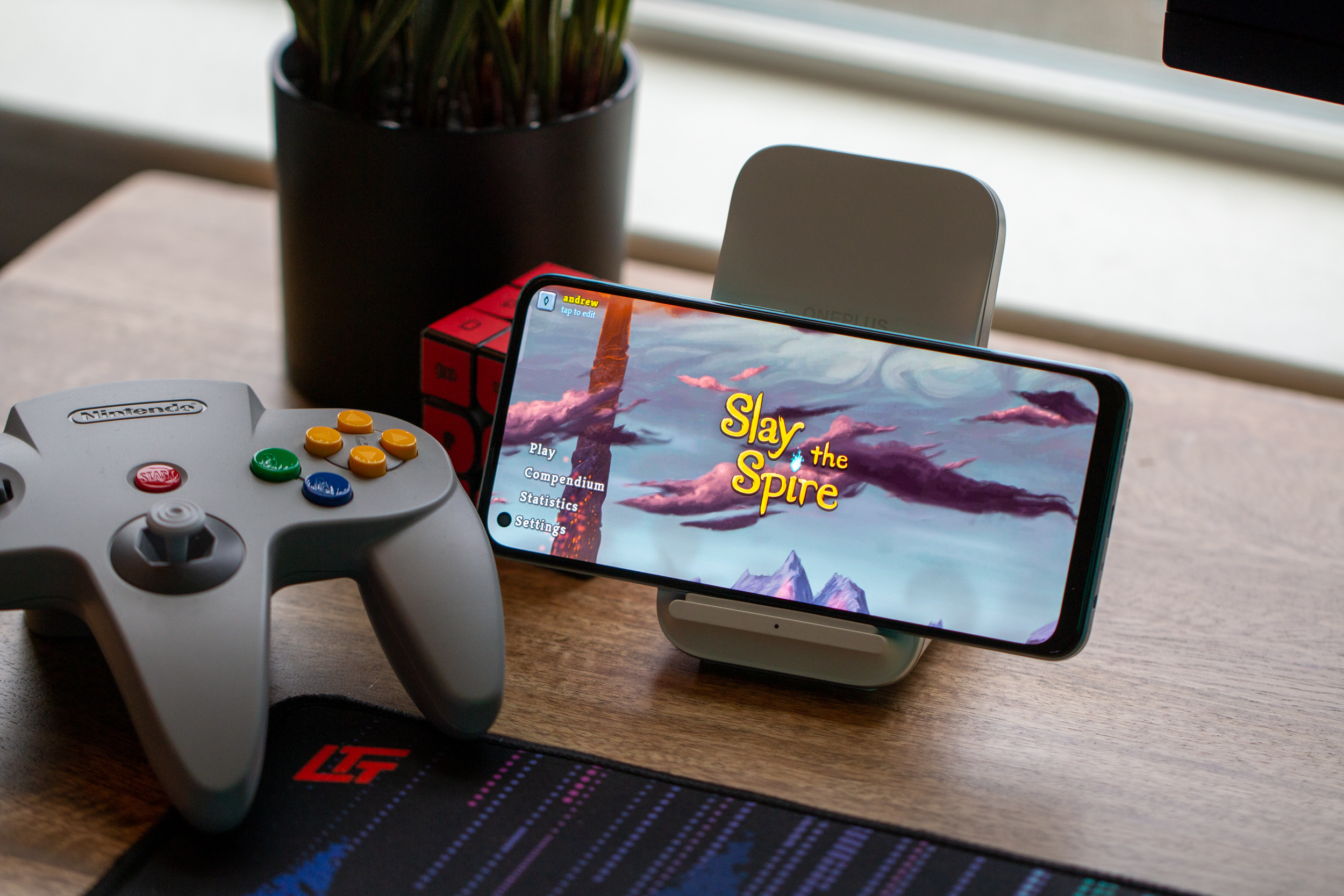 Under the hood, Realme is relying on the MediaTek Dimensity 920 chipset paired with either 6GB or 8GB of RAM. The company also offers the new RAM Expansion functionality, so you can gain up to an additional 5GB of you run into stuttering issues. Thankfully, that wasn’t ever really a problem in our time with the 9 Pro+, so we never felt the need to mess around with those settings.

In day-to-day usage, you won’t notice any hiccups on the software side of things. Realme launched this phone with its Realme UI 3.0 interface, which is based on Android 12. But the company hasn’t implemented any of the Material You-inspired theming changes so it just looks like the last iteration of Realme’s software. 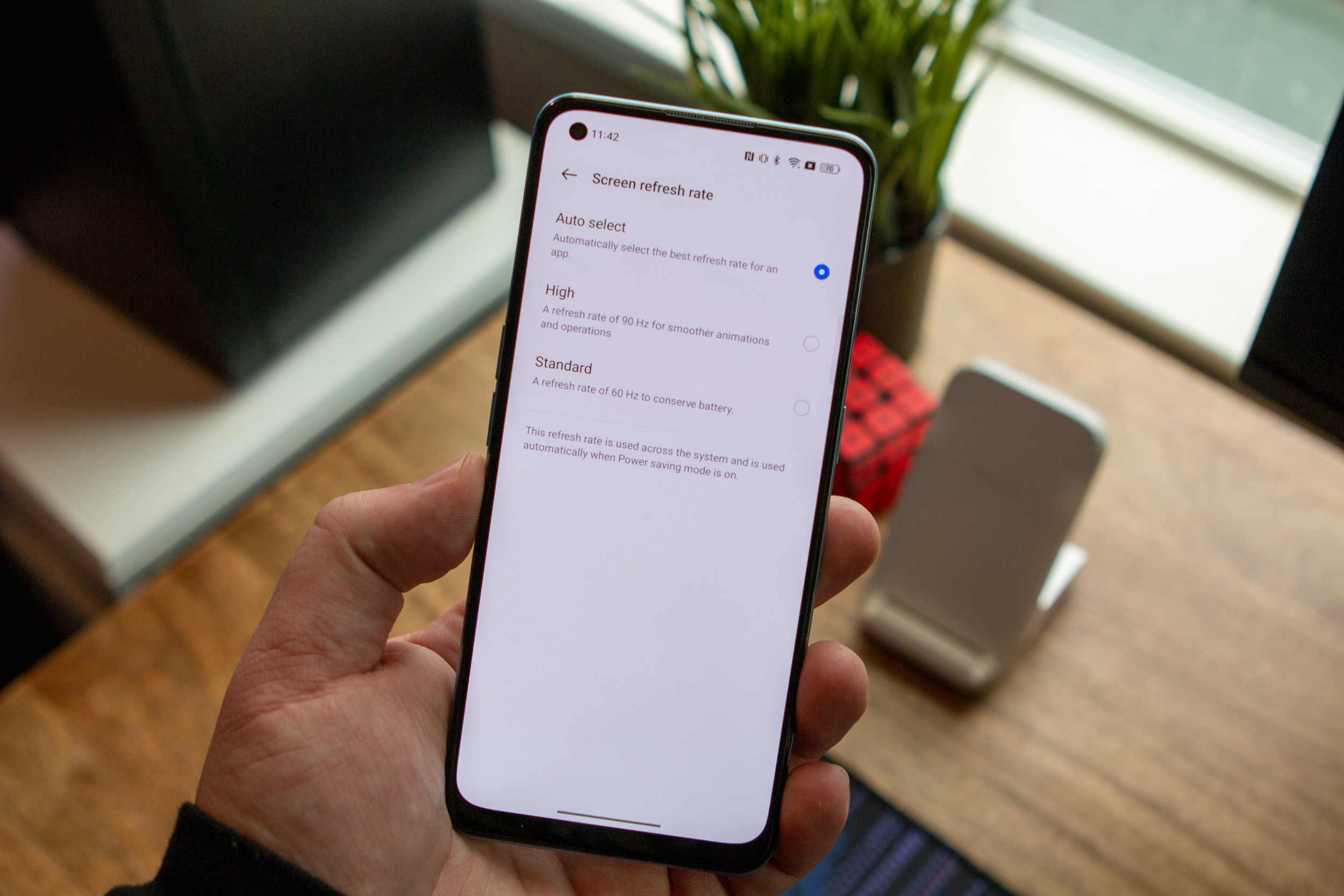 One area where I did need to make some tweaks was with the display. The 9 Pro+ sports a 90Hz refresh rate, and out of the box, the “auto select” option is enabled. This is intended to switch the refresh rate between 90Hz and 60Hz based on what you’re doing. Unfortunately, this option ended up making it feel like the phone was slower than it really should have been. In the end, I just forced the 90Hz to be on all of the time, and never had to worry about those issues again.

As we do with most of the devices that come across our desk, the 9 Pro+ was run through a series of benchmarks. Here were the results that the phone provided:

So how does that stack up to the competition? Well, against the Vivo V23, which uses the same chipset, the 9 Pro+ easily came away as the winner. It outperformed the V23 in every metric, leaving this is as arguably the best phone using MediaTek’s mid-range chipset. All of this is to say that you won’t be disappointed by what the 9 Pro+ has to offer, even if you want to game on the go. 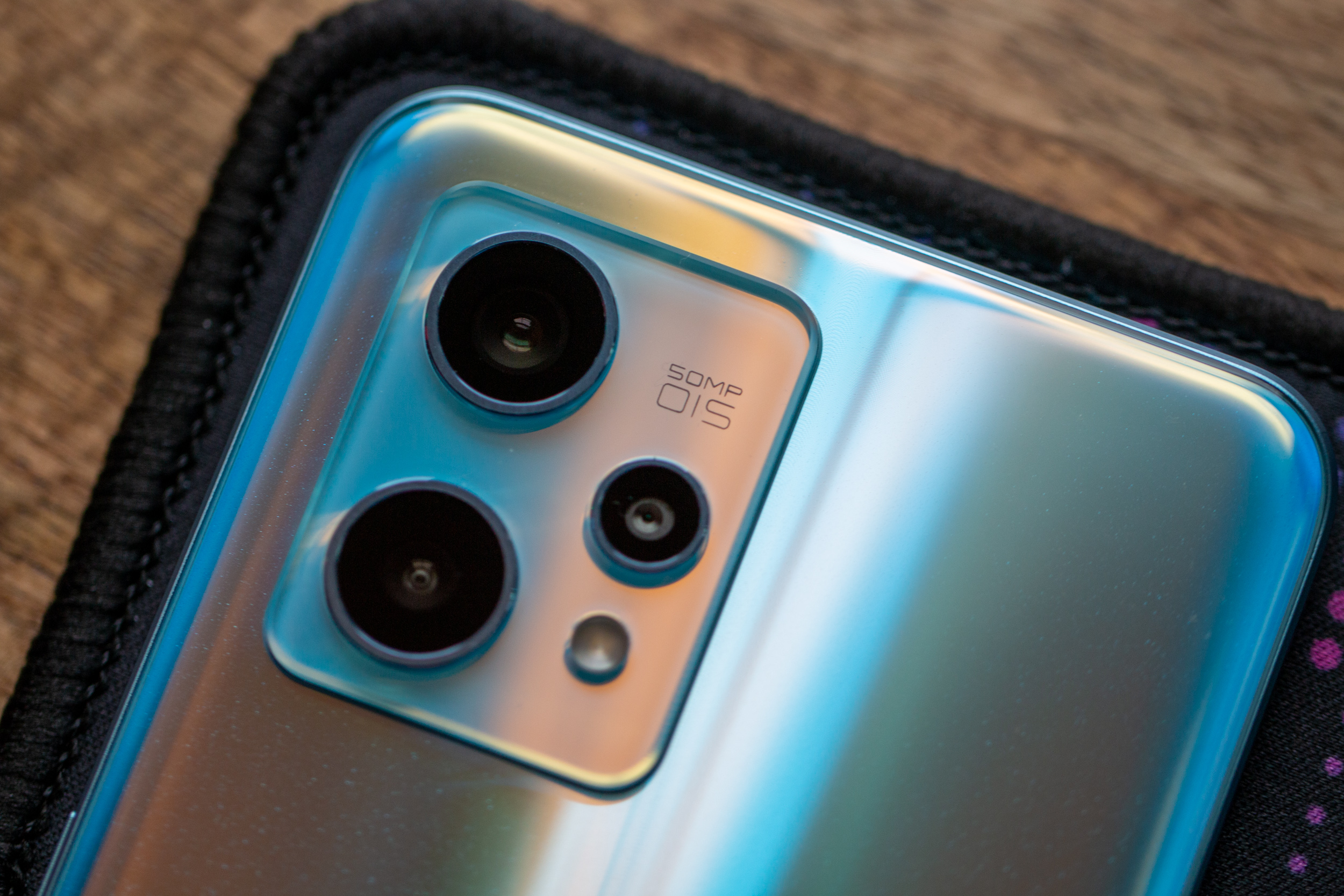 One of my biggest complaints with the Realme GT Neo2 was the camera system. It’s all fun and games to see a triple camera array on the back, but if the results are lack-luster it can really ruin the experience. Thankfully, that has not been an issue with the 9 Pro+ and part of that has to do with the new camera setup that Realme has implemented.

The 9 Pro+’s camera array is headlined by a 50MP Sony IMX766 sensor, complete with OIS and an f/1.8 aperture. This is accompanied by an 8MP ultra-wide with an f/2.3 aperture and a rather pedestrian 2MP macro lens. But the real story here is the main 50MP camera, which is the same sensor found in the Xiaomi 12, Oppo Find X5 Pro, and the Honor Magic4 Pro. So essentially, you’re getting the same main camera as the one found in phones that cost at least twice as much as what Realme is bringing to the table.

In terms of how the cameras held up, I was extremely pleased with the 50MP lens for most of my shots. Unlike other phones I’ve recently tested, I didn’t have to tinker around with the settings too much, and was just able to point and shoot. The ultra-wide didn’t really disappoint too badly, but I just found myself moving further back so I could use the main lens. 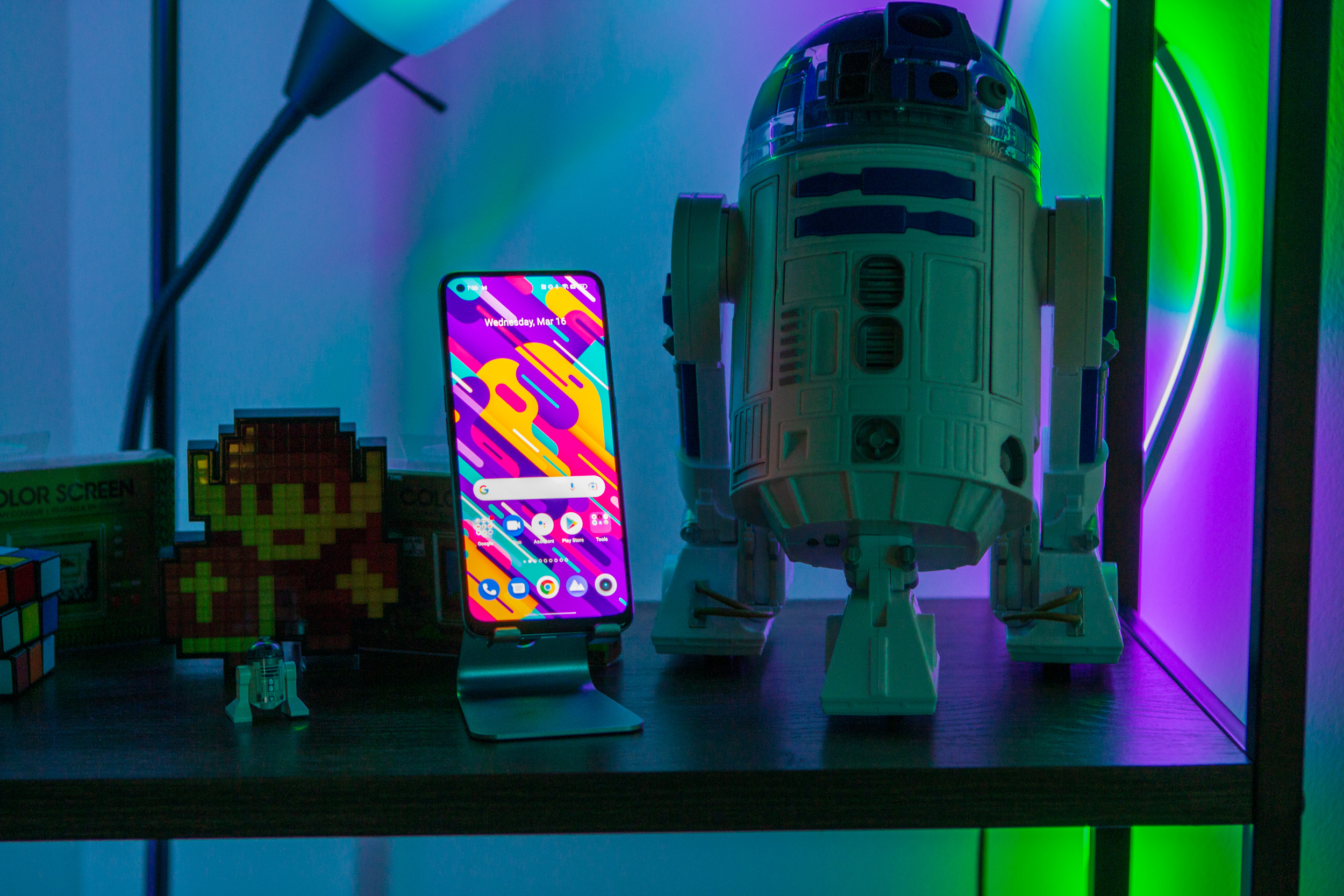 We don’t know what kind of magic Realme is pulling over there. Obviously, the company is just a sub-brand of Oppo, but what Realme is doing with its budget and mid-range phones feels a lot like the early days of OnePlus. But instead of trying to launch in new markets with an archaic invite system, Realme has just exploded onto the scene with competitive pricing and even more impressive results.

I thoroughly enjoy using the Realme 9 Pro+, and while I don’t know if I would use it as my daily driver, it’s definitely a contender. Considering that I’m someone who primarily uses flagship phones, it means a lot to me that a phone stood out to this extent. One can only hope that Realme continues to impact the market in different ways, and hopefully, we’ll see the company enter the U.S. market.

The Realme 9 Pro+ is just another incredible device to come out of the Realme camp. Between its Light Shift Design and 50MP main camera, this phone definitely stands out from an increasingly crowded pack.