Sony Xperia PRO-I Review: Beautiful but definitely not for everyone

Sony is in a weird place, kind of boxed into the corner where some may not even know that the company is still churning out phones. If you look around, Sony has its hands in a lot of different kettles, with some of the best TVs, headphones, and obviously, the PS5.

But Sony phones have always been intriguing to me because the company is trying new and different things all the time. That brings us to the Pro-I and its exorbitant $1800 sticker price. Yeah, Sony released a phone that costs as much as the Galaxy Z Fold 3, but doesn’t it doesn’t fold. As the name might suggest, it’s because Sony has its sights set on a different type of market.

Instead of appealing to those who want to live on the bleeding edge of mobile tech, the Pro-I brings something different to the table. In a world where smartphone camera results are endlessly and relentlessly dissected and picked apart, Sony has opted to try and stand out from the pack while appealing to a different crowd. 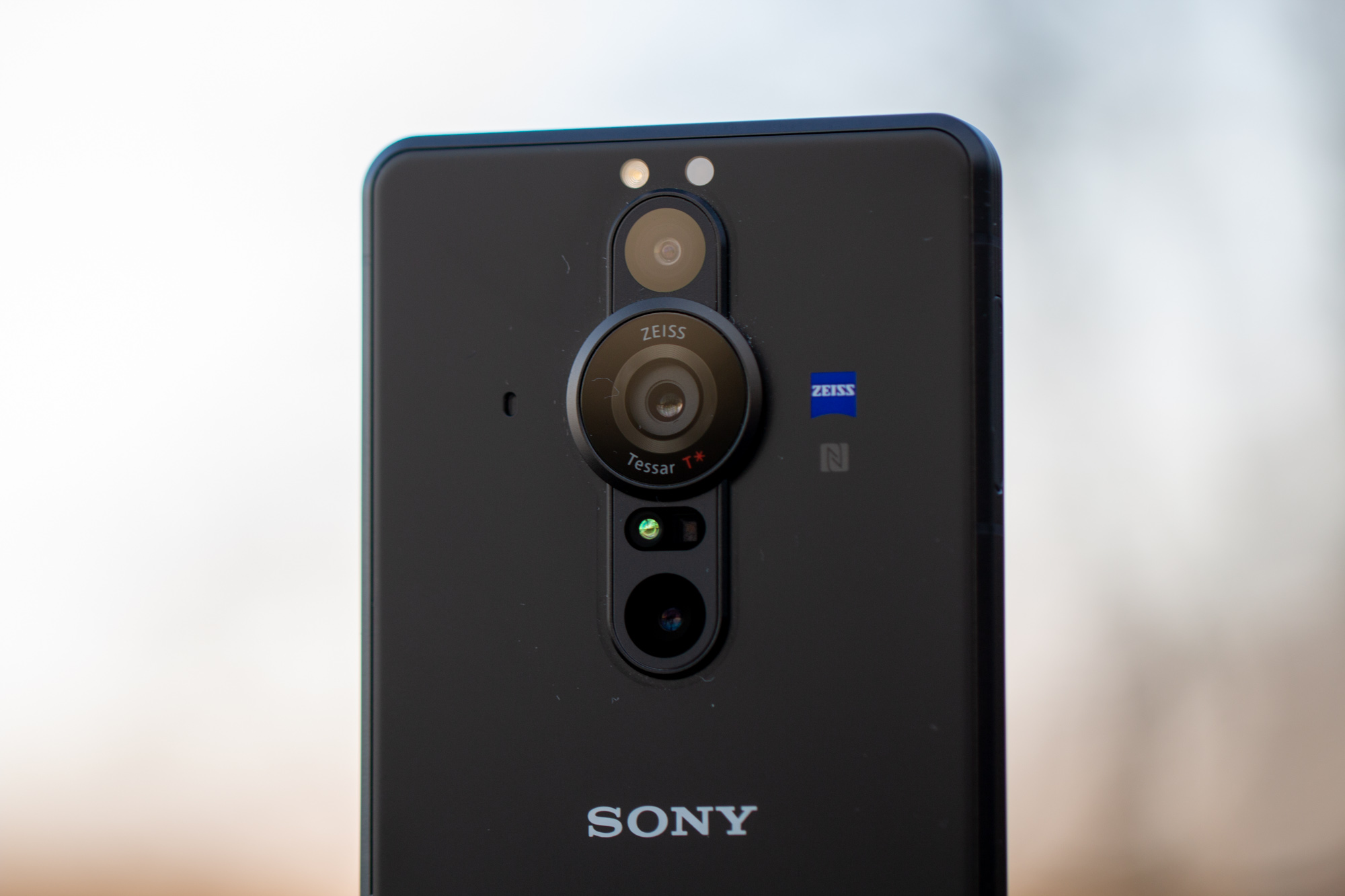 Unlike my counterpart here at Phandroid, Nick, I’m not overly obsessed with the nooks and crannies of camera hardware. Most of the photos you see from my reviews either come from my Canon 70D or iPhone 13 Pro Max, edited in Lightroom without much tweaking to the actual settings other than snapping the photos in RAW. I don’t pay all that much attention to the different settings available on cameras, and admittedly don’t know (off the top of my head) what most of them even do.

So the Pro-I is an intriguing phone for me on a different level than someone like Nick or those who regularly record videos or snap photos using Pro modes.

Instead of sitting here and reeling off all of the specs, I figured that with the Pro-I I would take a different approach. Just using the phone as my daily driver to see how well it performed, while forcing myself to try out the different features that Sony has implemented into the phone. 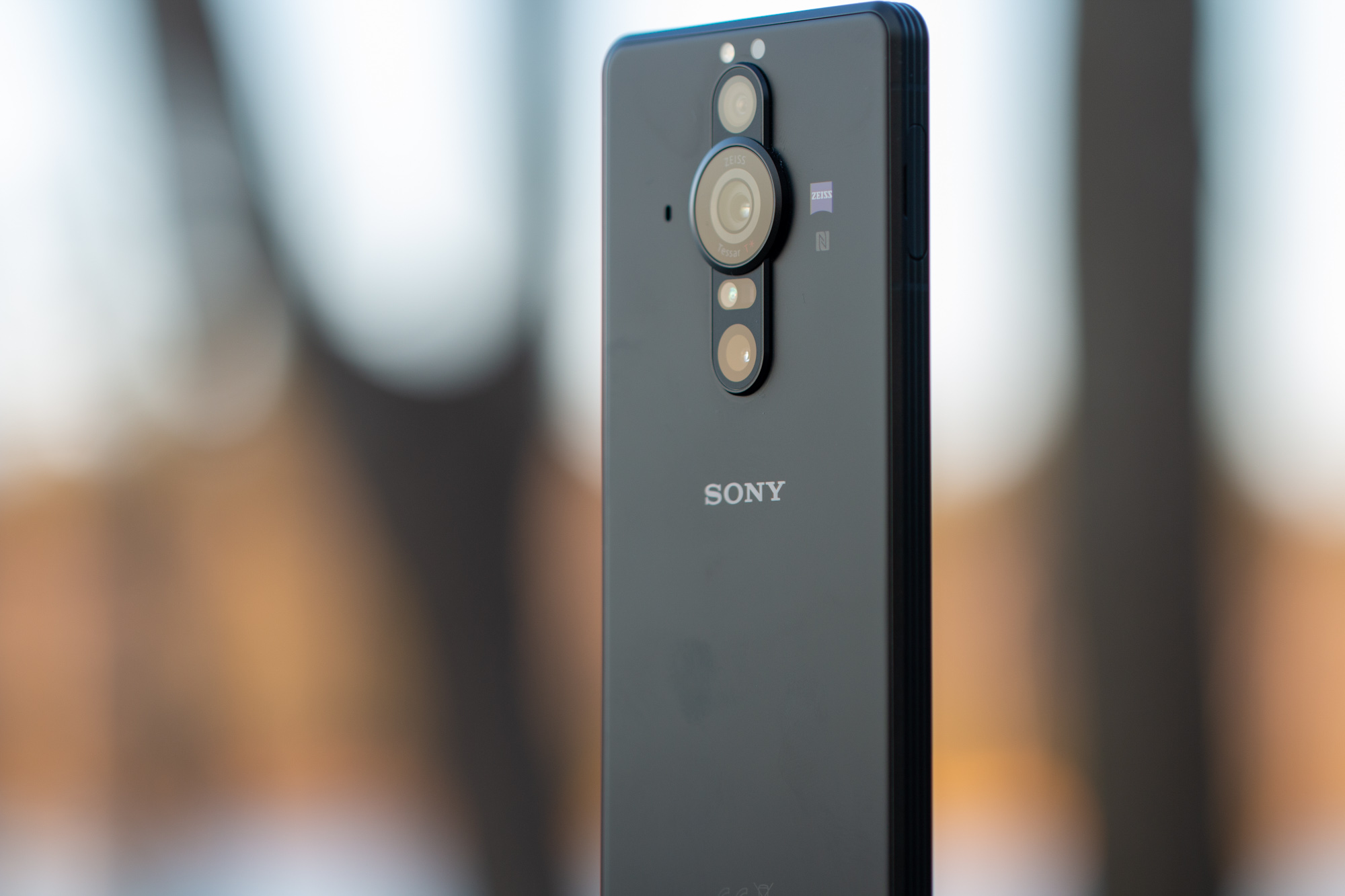 Yeah, the header is the same that you’ll see on my other reviews, but that’s because it’s important to point out. With the Pro-I, you won’t be met with a frame that is an absolute fingerprint magnet, but instead, you’ll find ridges that go around the entire edge of the phone. You’ll also notice that Sony put all of the hardware buttons on the same side, something that I sorely wish other smartphone makers would do.

What’s even more impressive about this is that the Pro-I sports two additional hardware buttons towards the bottom of the phone. The first is just a round button that activated Sony’s Videography Pro mode. The second button is a bit more elongated and offers a different texture than the rest of the frame. Pressing the button for about a second will activate the Pro-I’s Photo Pro app, giving you a quick and easy way to snap a photo. 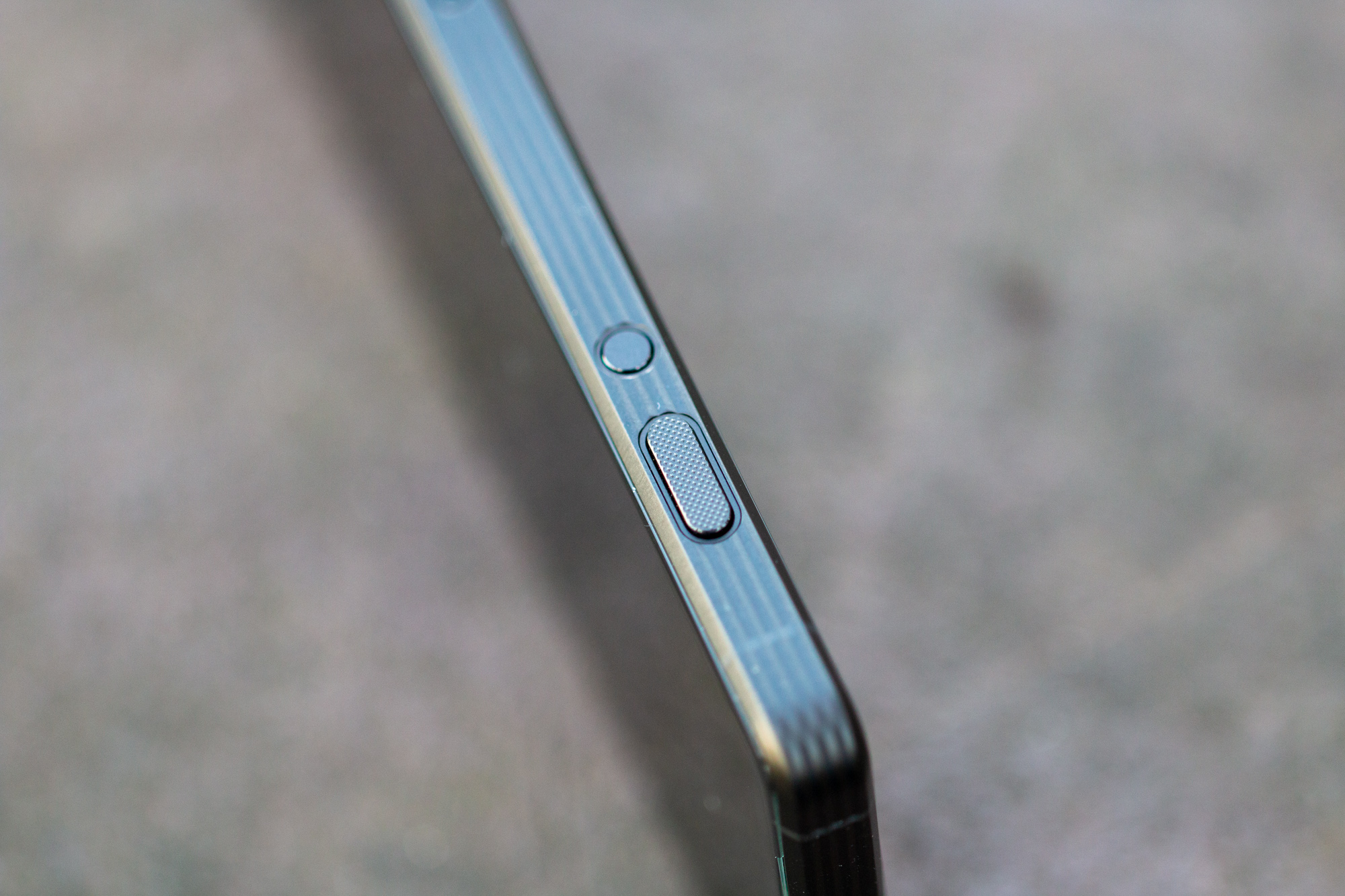 Having all of the buttons on the same side of the phone, holding the phone, and using the button replicates the feeling of using a “traditional” camera. The elongated button for the Photo Pro app doubles as a shutter, complete with a half-press to activate the automatic focus, just like you would find when using a DSLR.

This brings me to another important note about using the Pro-I and that’s the overall design. When you go from holding a phone like the Galaxy S22 Ultra to the Pro-I, it’s like night and day. Sony’s phone is sleek and slender and doesn’t weigh you down when you put the phone in your pocket. The frame is definitely taller, but that’s to accommodate the 6.5-inch display with its 21:9 aspect ratio. 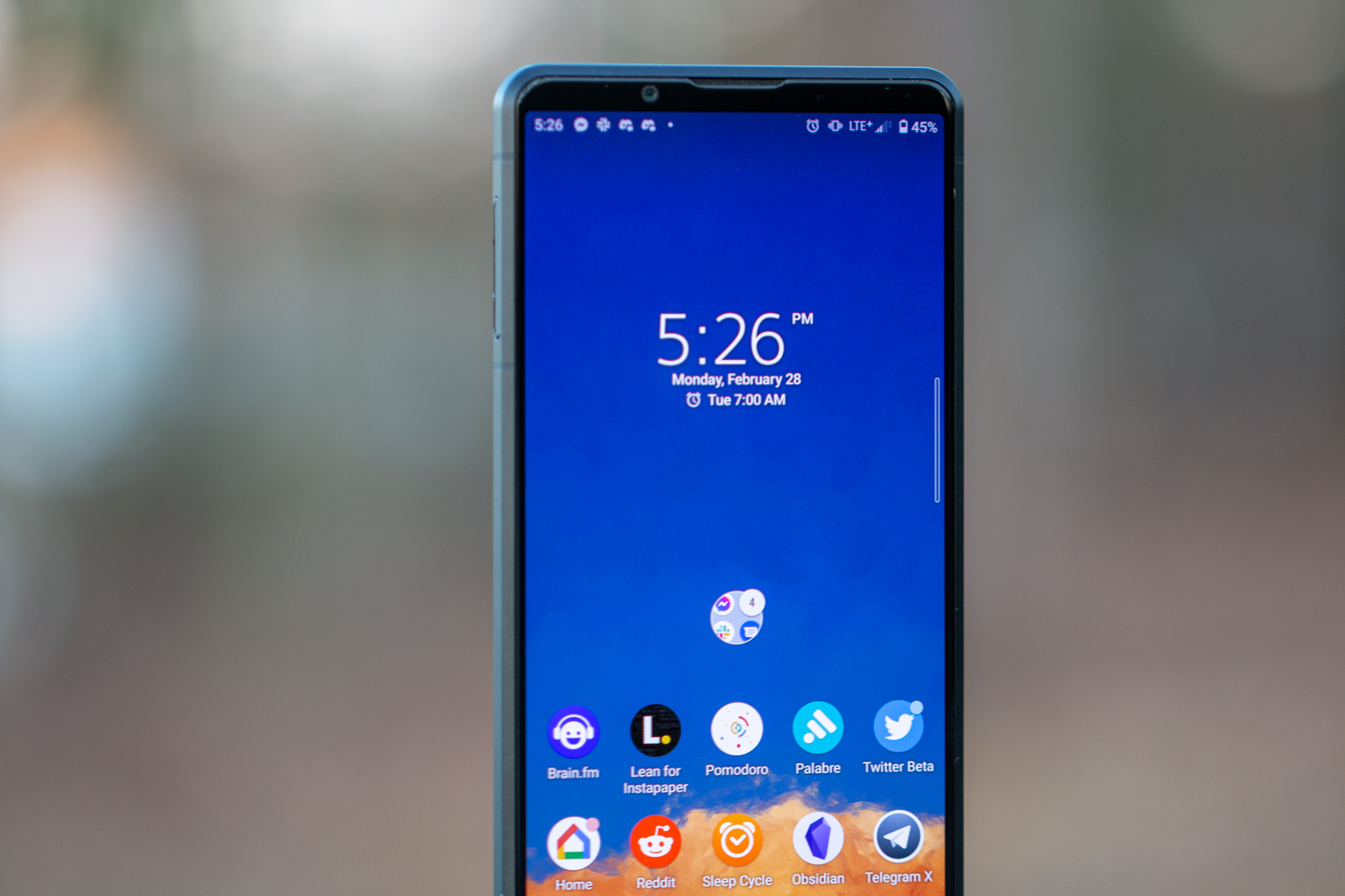 I debated on whether I should mention the display because at first, I assumed it was just another OLED panel with a 120Hz refresh rate. But then, I started tinkering around with the different menus in the Settings app and found something pretty neat.

By default, the 120Hz refresh rate is turned off, which is a bit jarring and doesn’t suit the phone’s display at all. The colors were vibrant and punchy but felt a bit over-saturated like I was looking at an old Samsung Galaxy phone. But under the Image quality settings, I found what I was looking for – Creator Mode.

Switching to this display setting unlocked the full power of what the Sony Pro-I aims to be, as the colors look more realistic, at least to my eyes. It was just a more enjoyable experience to me, even more than the iPhone 13 Pro Max or the Galaxy S22 Ultra (but I haven’t spent much time with that yet.) Every touch and swipe on the display is fluid, and watching HDR content on the Pro-I, despite its awkward aspect ratio, was just comfortable. 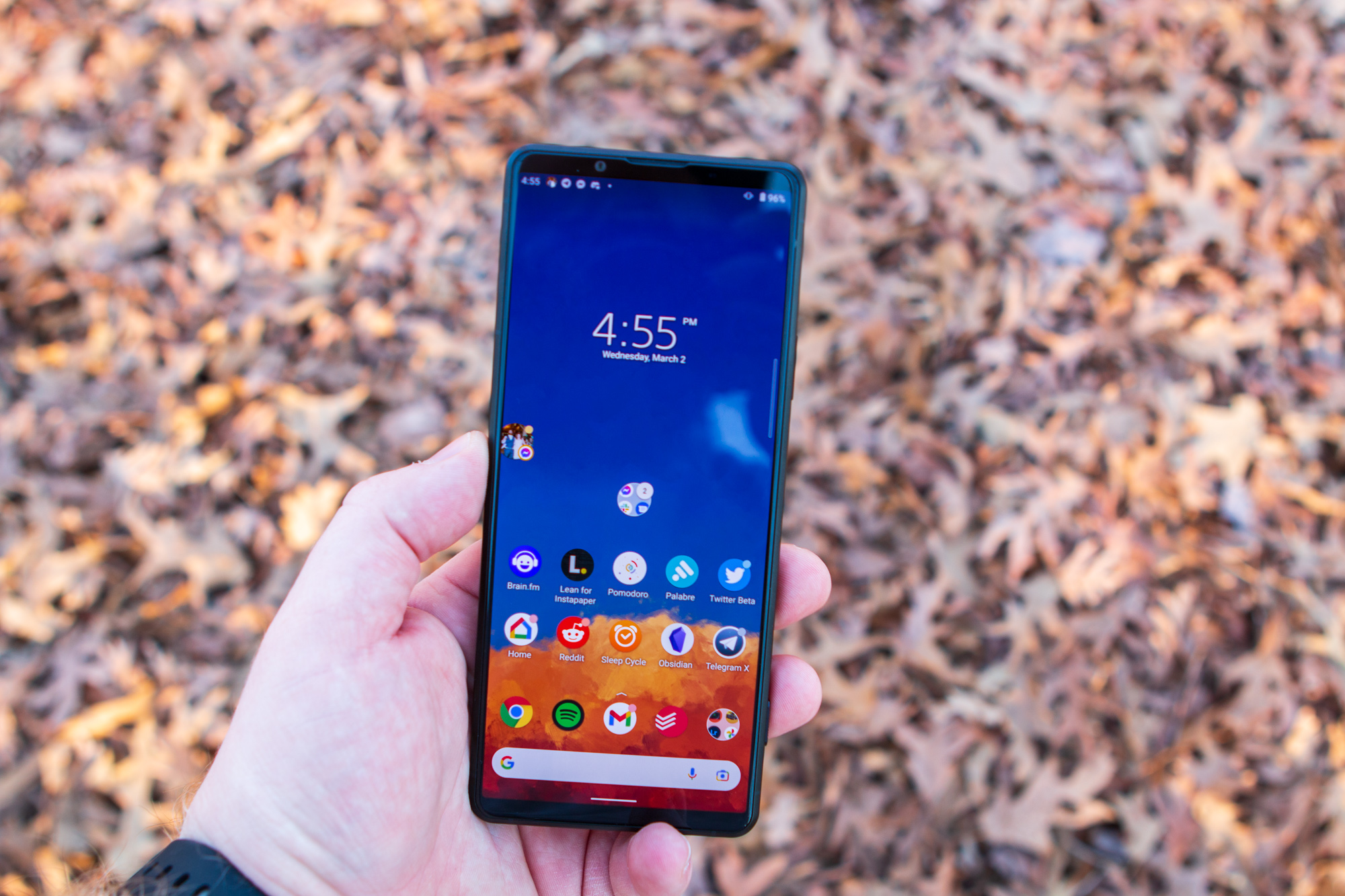 This is one area where I was definitely met with a bit of disappointment, but it’s not because of performance. Battery life just wasn’t as impressive as I was hoping it would be. I would regularly make it to bed with around 10% left, if not less, but usually needed to top it off if I knew the day was going to be longer than expected.

To be fair, it was a bit expected after I enabled the 120Hz refresh rate and Creator Mode, but it was still disappointing. On the bright side, Sony includes 30W fast charging, so you’ll get plenty of juice without waiting around.

As for performance, there’s not much to write home about here. The Snapdragon 888 and 12GB of RAM handle everything you need and the Pro-I matches up with some of the best 2021 flagship Android phones in that department. Just make sure you at least enable 120Hz as scrolling just isn’t nearly as smooth otherwise. 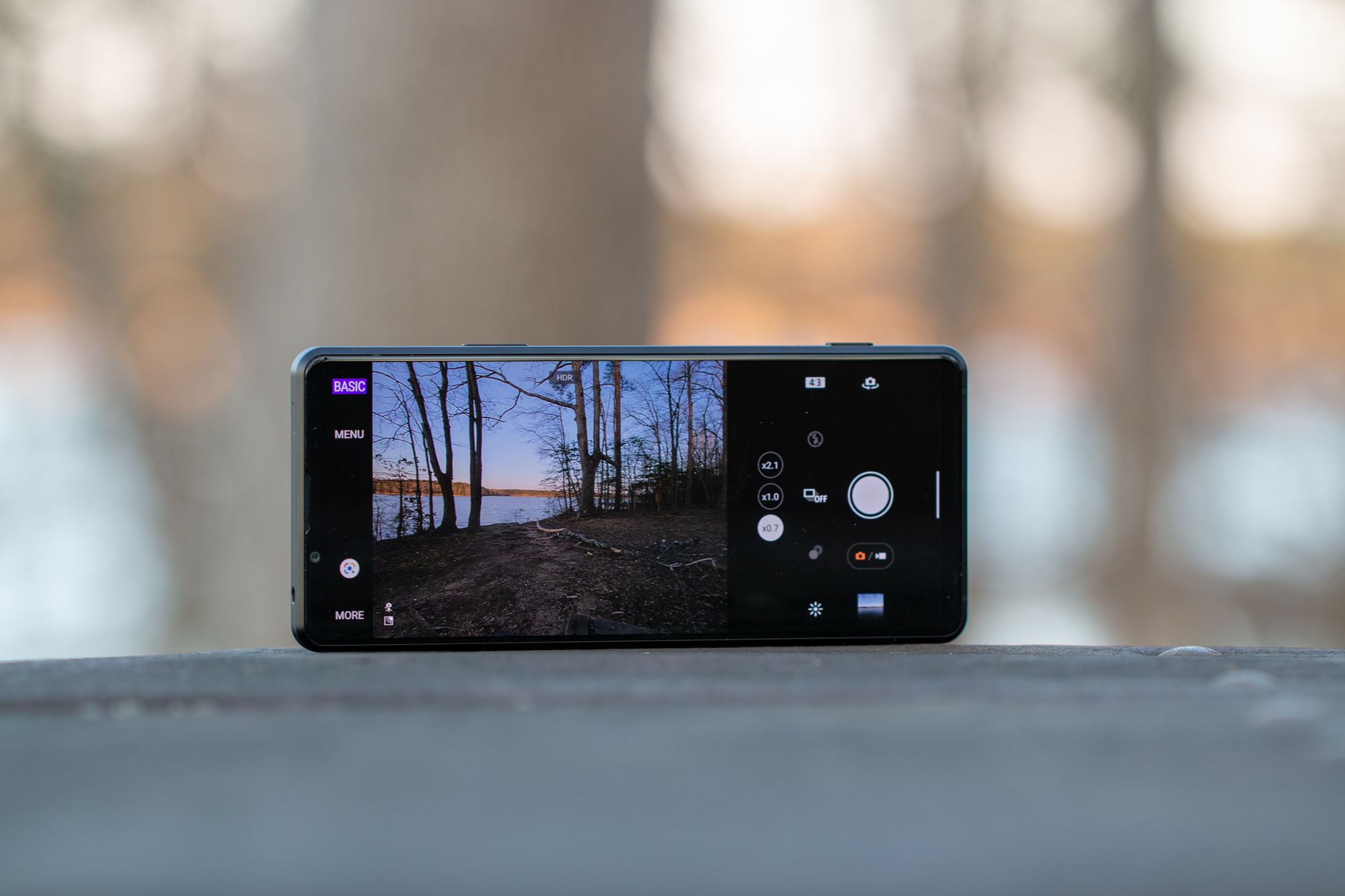 Over the years, there’s been a common complaint when it comes to Sony phones. While the company provides the camera sensors found in many of your favorite phones, Sony’s phones just can’t seem to match up when it comes to image processing. For one reason or another, Sony has struggled with this, but it seems the tide has started to shift with the Pro-I as the pictures that I took regularly matched up with how I portrayed them through the viewfinder.

Another area where Sony is really trying to stand out from the crowd is in the accessories that are available with the Pro-I, and it all stems from the use of the massive 1-inch sensor. If you plan on using the Pro-I to regularly record videos, namely vlogs, there’s an optional Bluetooth shooting grip (that doubles as a tripod), along with a Vlog Monitor that magnetically attaches to the back of the phone. You’ll just need to plug in the included USB-C cable to your phone and the monitor, and you can get up and running in no time. On the shooting grip, you’ll find various controls for snapping photos, starting and stopping video, and being able to make adjustments on the fly without needing to use the phone itself. 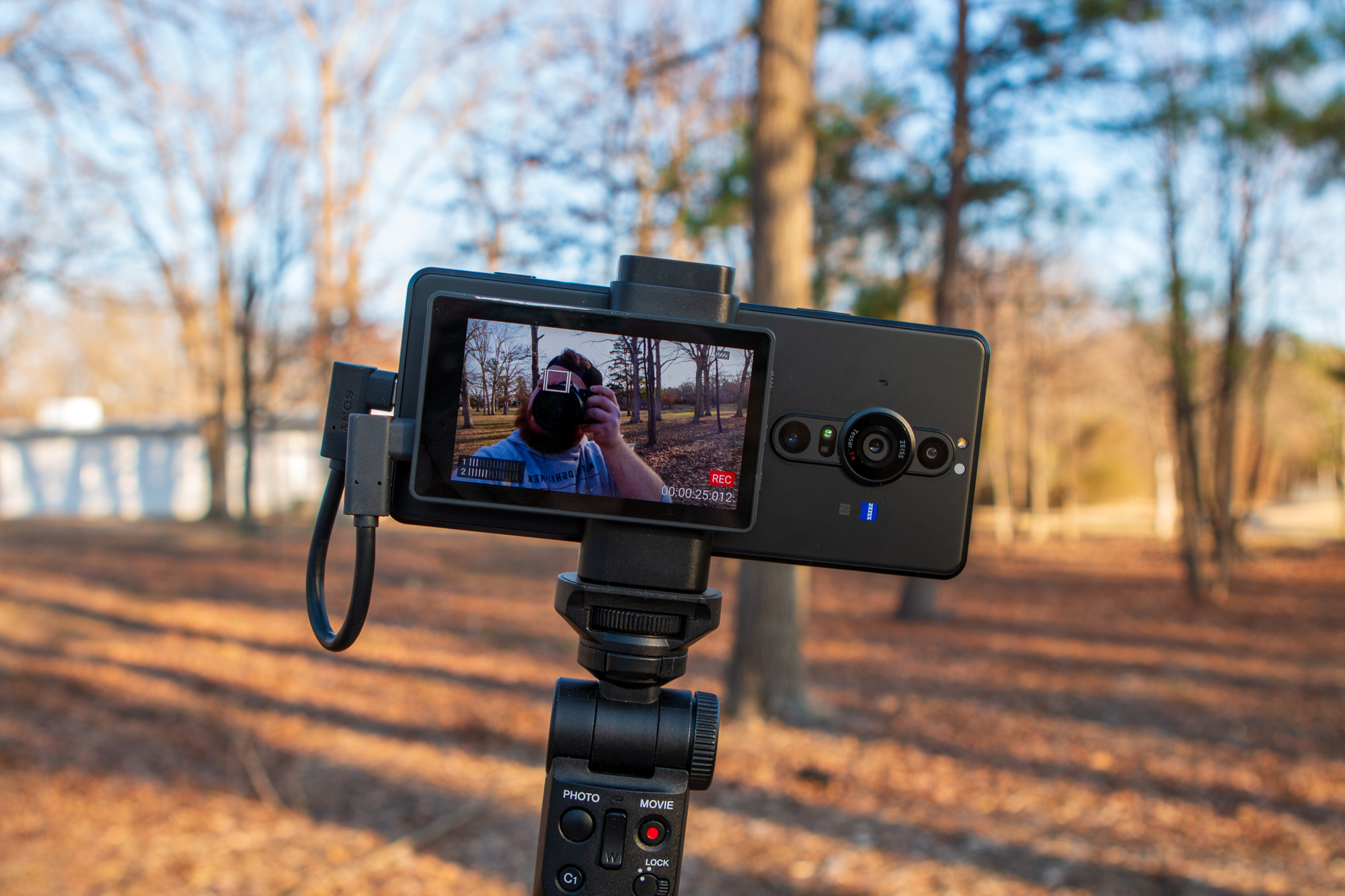 All-in-all, I came away impressed with the camera capabilities of the Xperia Pro-I, however, I did have one slight gripe. While it’s incredible to offer a massive 1-inch sensor in a design that’s as slender as this, I do wish that the telephoto lens offered a bit more range. By default, you can enjoy 2x zoom (or about 50mm), but the results just weren’t all that impressive to my eye. Maybe the Galaxy S22 Ultra and iPhone 13 Pro Max have spoiled me, but this is one area where the Pro-I fell a bit short for me. 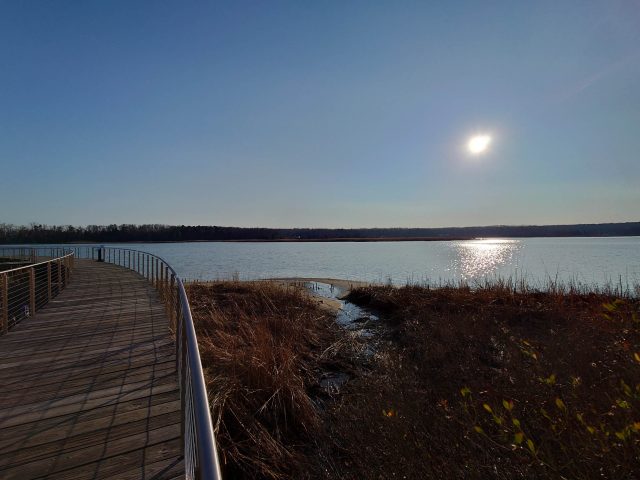 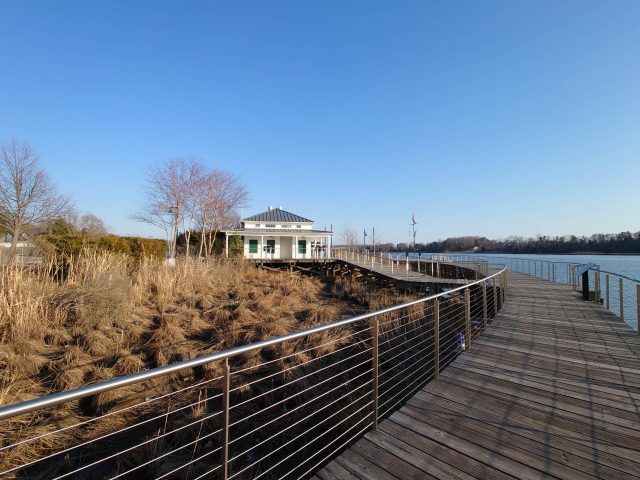 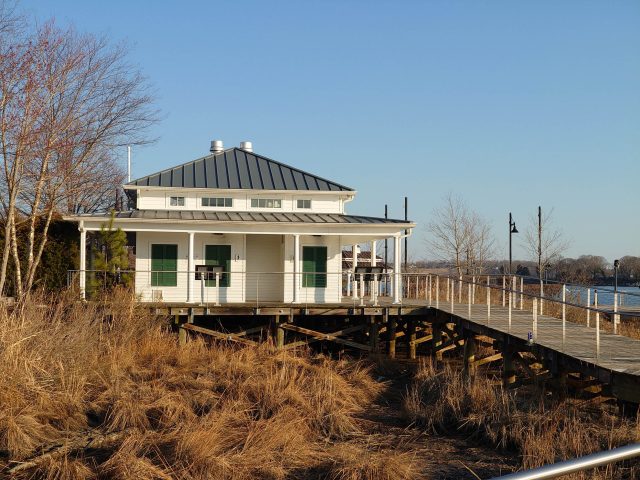 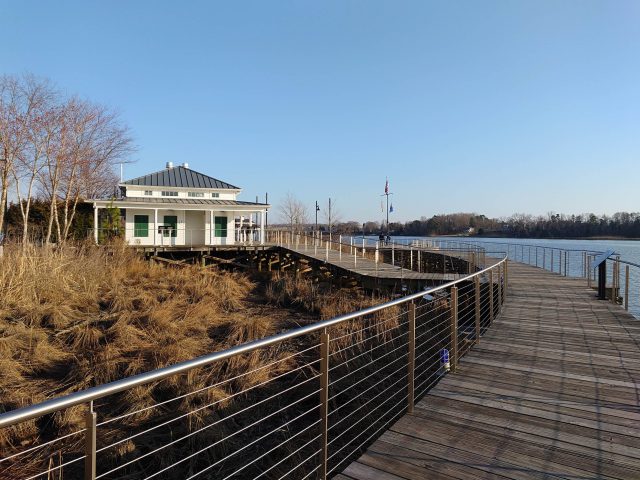 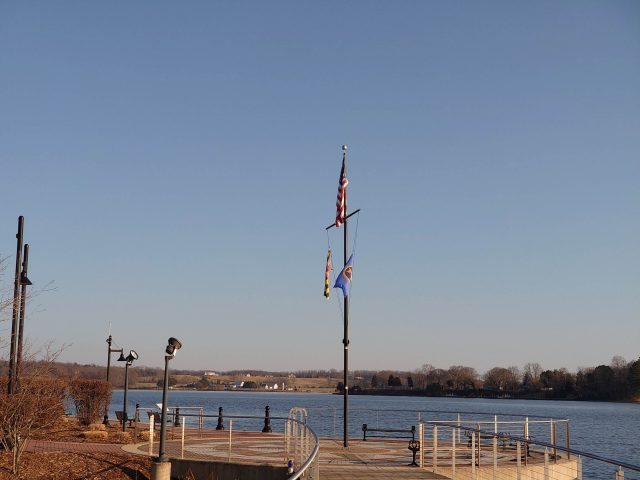 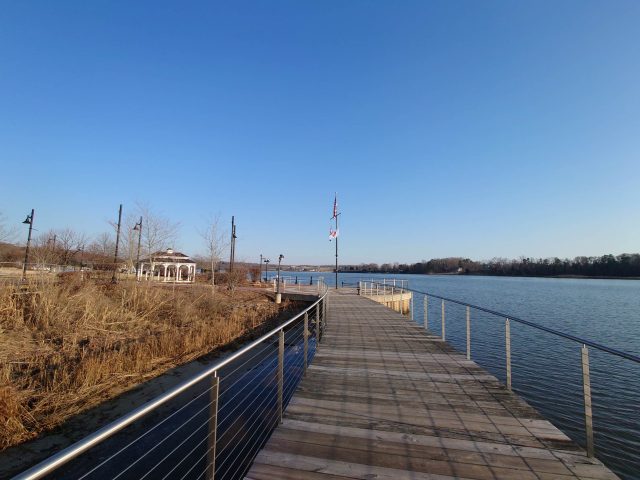 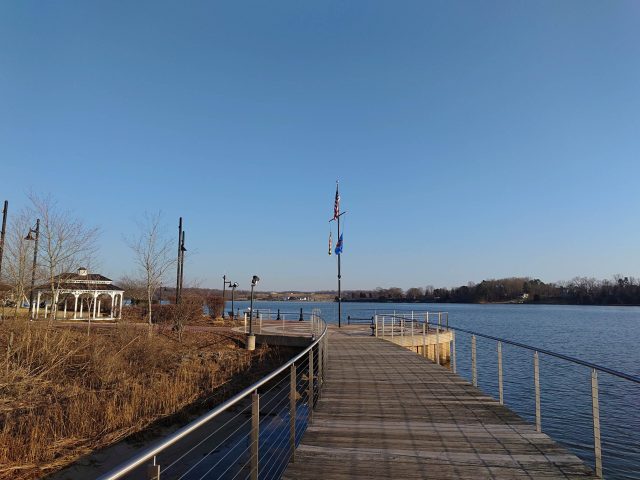 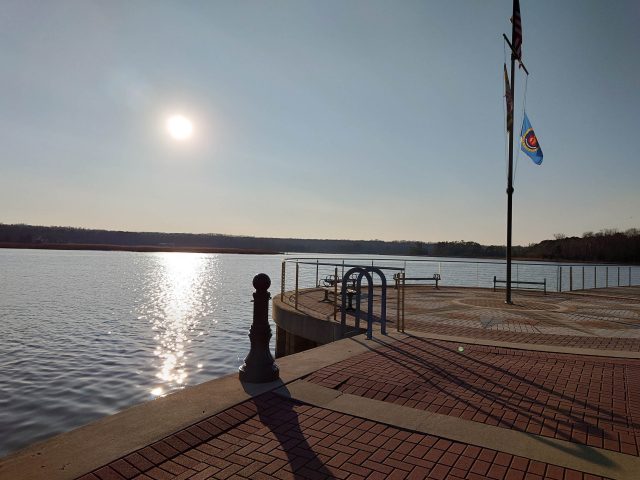 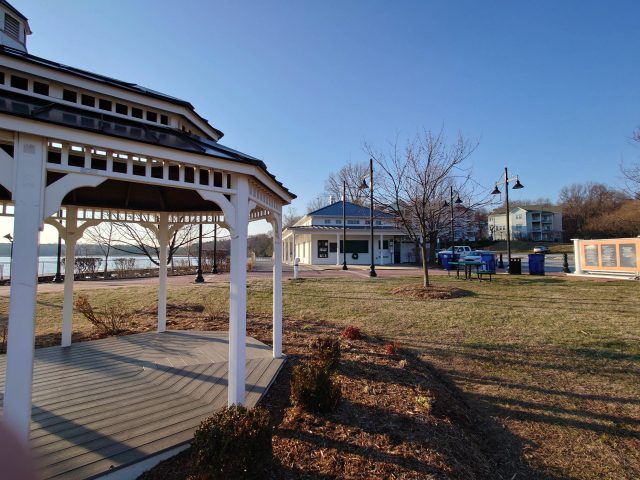 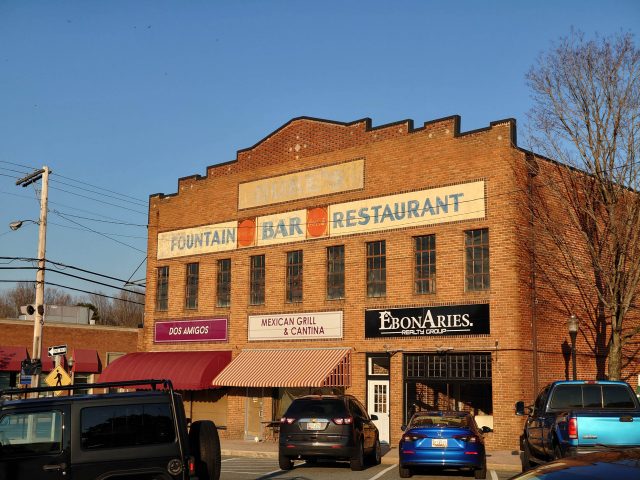 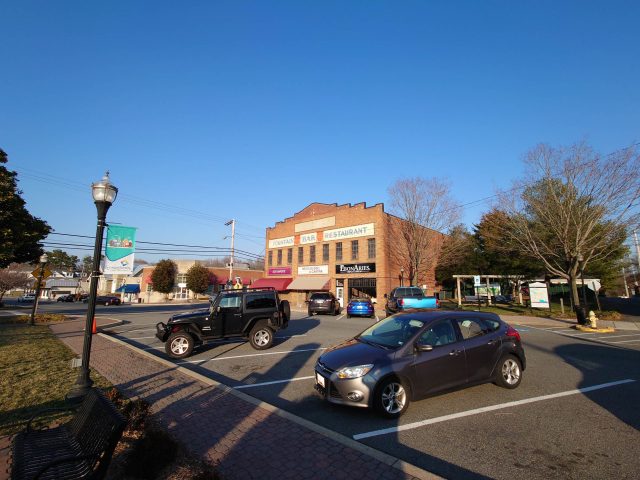 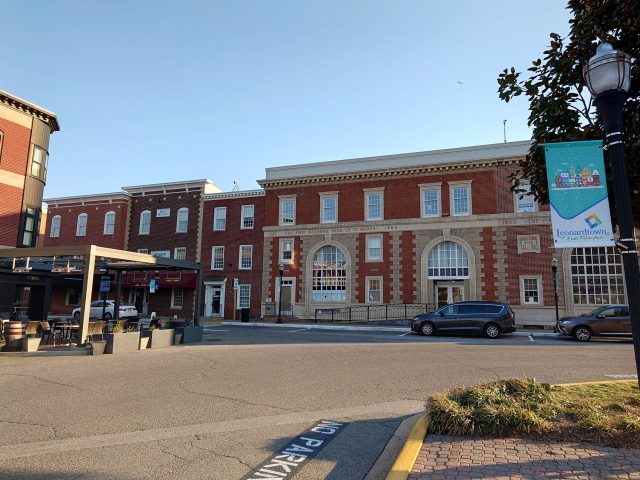 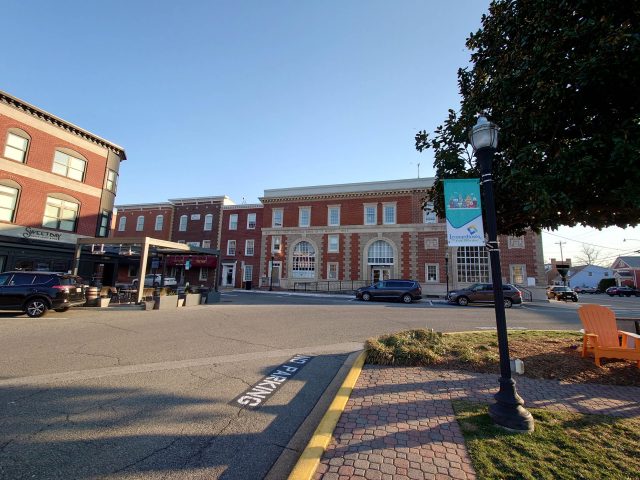 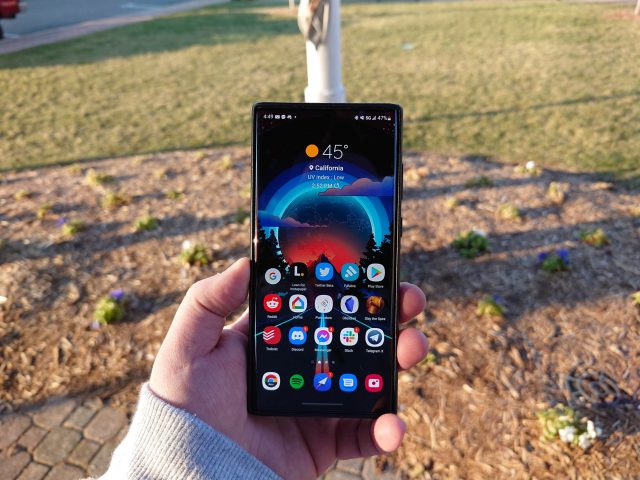 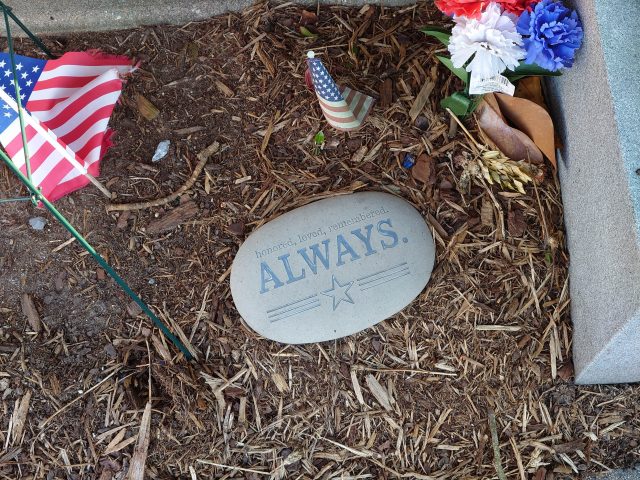 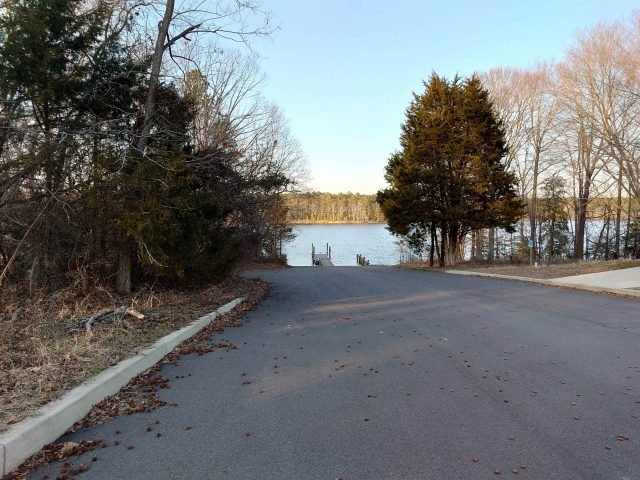 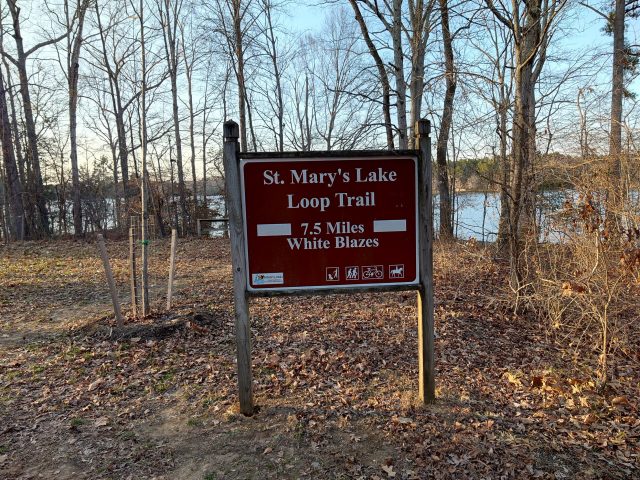 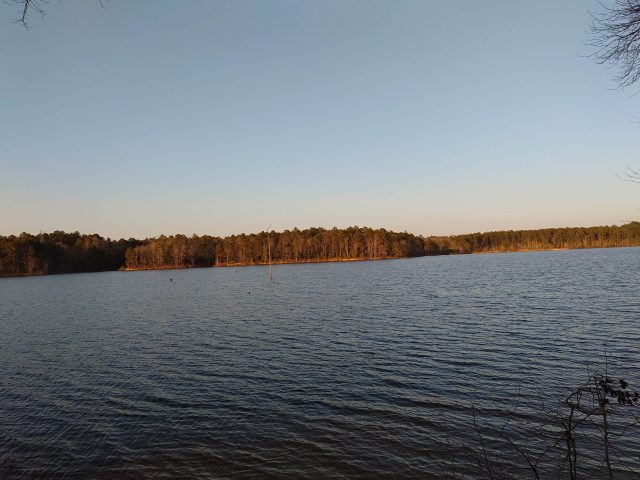 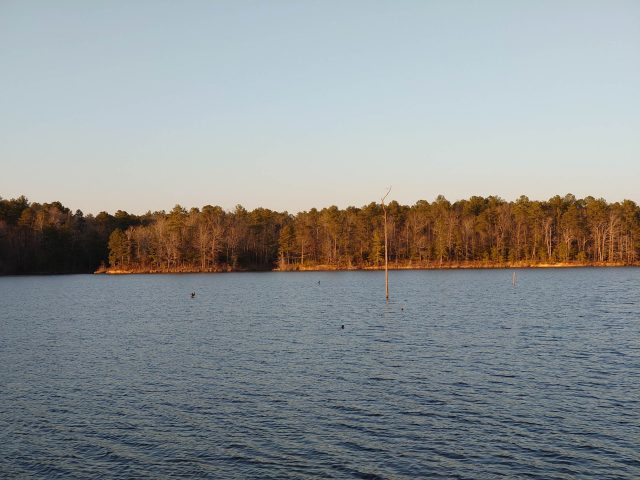 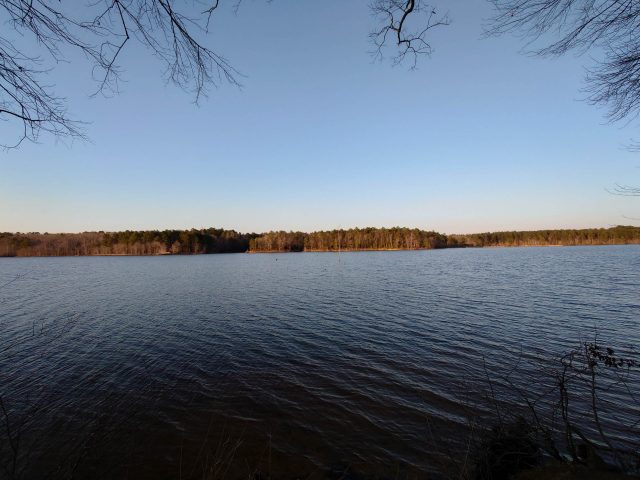 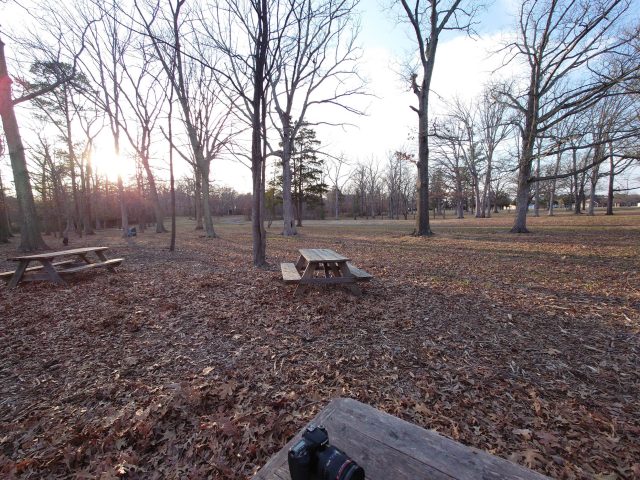 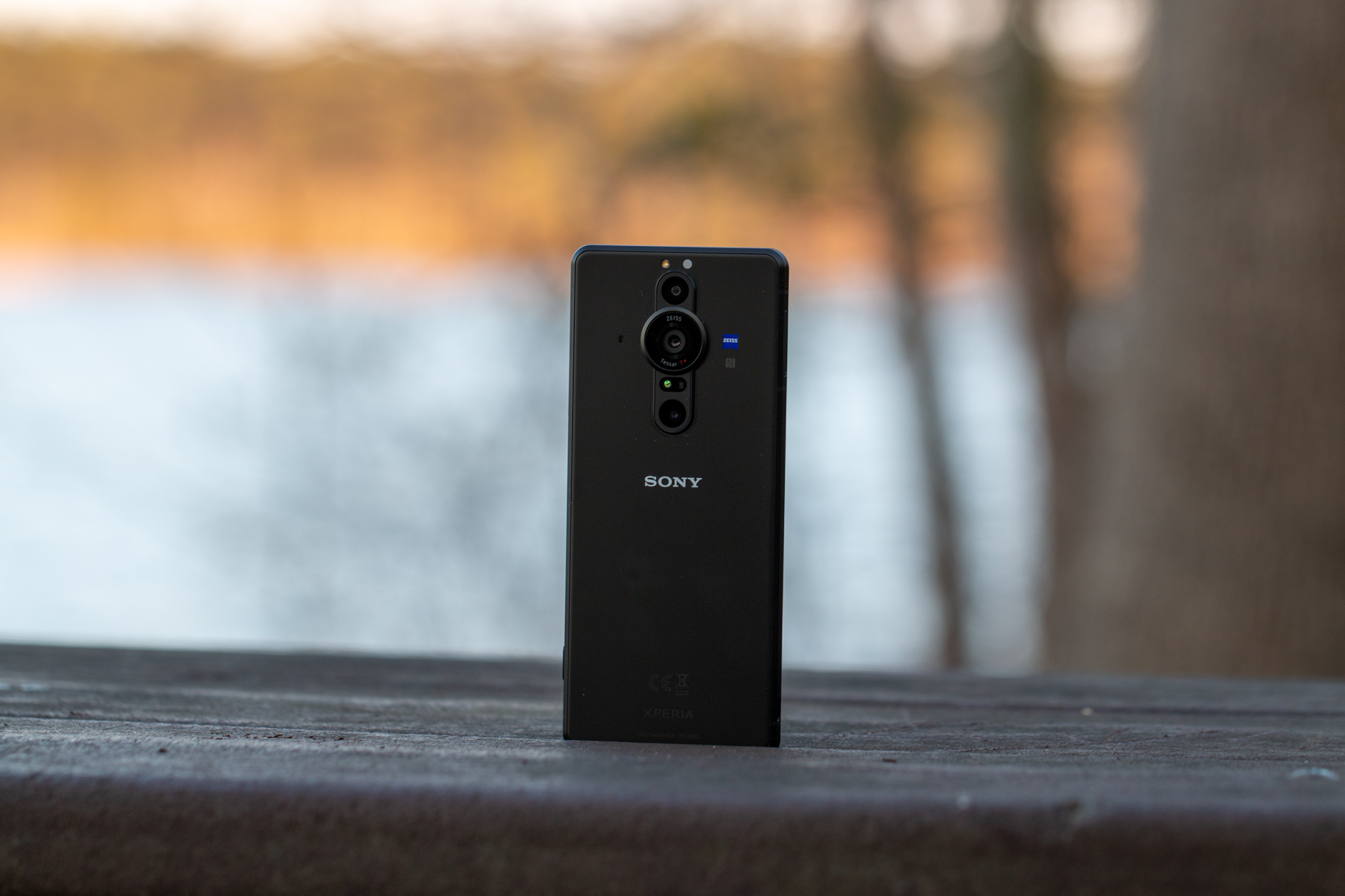 Truthfully, I’m extremely conflicted when it comes to the Pro-I. On one hand, it’s the best Sony phone that I’ve ever used, even if you take the price tag and unique camera features out of the equation. The phone itself is rock solid in terms of performance, while also offering a design that is comfortable to hold and doesn’t make me feel like I’m carrying around a wide brick in my pocket throughout the day. Plus, the inclusion of the dedicated camera and video buttons on the side make it easy for me to take the phone out, snap a photo, and continue going on with what I was doing.

On the other hand, it’s very obvious that this isn’t designed for the “everyday” person that only occasionally takes photos and doesn’t really care about the size of the image sensor. How is it obvious? The Pro-I’s price tag is just too high for it to be an option that you should even consider. Unless you’re a videographer or professional photographer and want something other than the Galaxy S22 Ultra or iPhone 13 Pro Max for mobile photography, this phone isn’t for you. And it’s a shame because it’s a REALLY good phone.

The Sony Xperia PRO-I is an incredible phone in many different regards. From offering flagship specs to an even more awesome camera system, there aren’t many areas where this phone disappoints. Unfortunately, it’s obvious this phone was created for a niche group, and you probably aren’t part of that niche.