5 Best smartphone camera lenses to up your mobile photography

When cameras first made their debut on smartphones, it felt like it was a novelty. This is because back in the day, smartphone camera technology was still in its infancy stages and we were talking about cameras that could only shoot a max of VGA resolution and quality.

This meant that there was still a high demand for more traditional digital cameras, like point and shoots and compacts.

These days, the cameras on our smartphones are insane and many of them can take photos and produce effects that cannot be achieved by lower-end compacts. That being said, if you’re looking to take your mobile photography or videography to whole new levels, it might be a good idea to consider using third-party lenses.

Third-party lenses allow users to add on features like macro lenses, wide-angle lenses, zoom lenses, anamorphic lenses, and so on. You could argue that some of those features are already present in our cameras, but keep in mind that it’s not just the camera tech that helps make a photo look good, but the type of lens used, the quality of the glass, and so on.

So we’ve compiled a list of some of the best smartphone camera lenses that you could consider if you want to up your smartphone photography game. 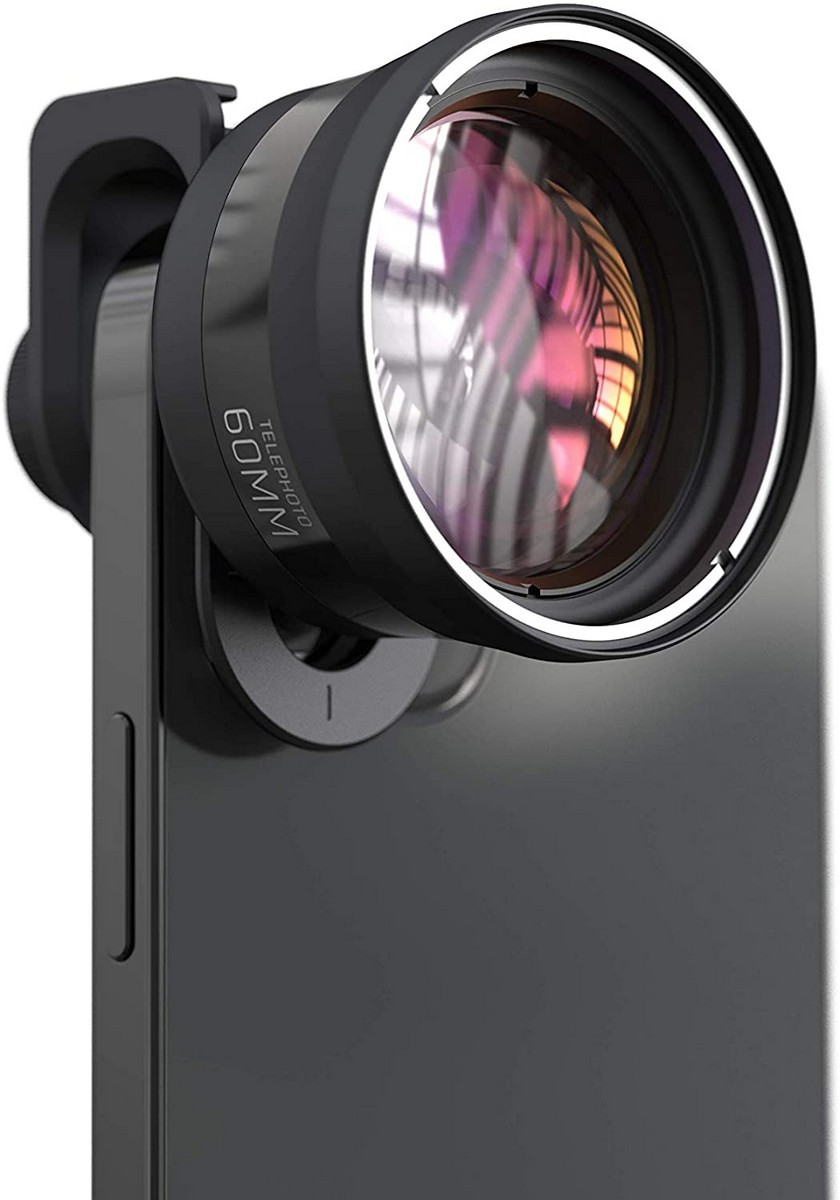 ShiftCam is one of several companies that make lenses designed for smartphones. The company claims that its lenses are “DSLR grade” and offer a variety of lens types depending on your shooting preferences. We’re talking about 60mm telephoto lenses, 75mm long range macro lenses, 18mm wide-angle lenses, fisheye lenses for cool effects, and more.

While the company does seem to cater primarily towards iPhone photographers, they also sell a Universal Mount that is designed to clip on to other phone models from different brands. In a way it’s actually better because you don’t really need to worry so much about compatibility in the future.

We would be remiss if we did not mention Moment in the list. Moment has been in the mobile photography and videography game for a while now and the company is well-known for their various smartphone camera lenses, like their anamorphic lenses that help create the cinematic lens flare look, telephoto lenses, and wide-angle lenses, just to name a few.

Unlike some other manufacturers, Moment supports a variety of smartphones like OnePlus, Samsung, and Google where they have created specialized cases that let users easily mount their lenses onto the phone much like you would a lens on a DSLR or mirrorless camera.

They also sell mounts and clamps that let you mount your smartphone onto a tripod, and there is even a cold shoe mount so you can add other accessories like lights, flash units, microphones, and more. 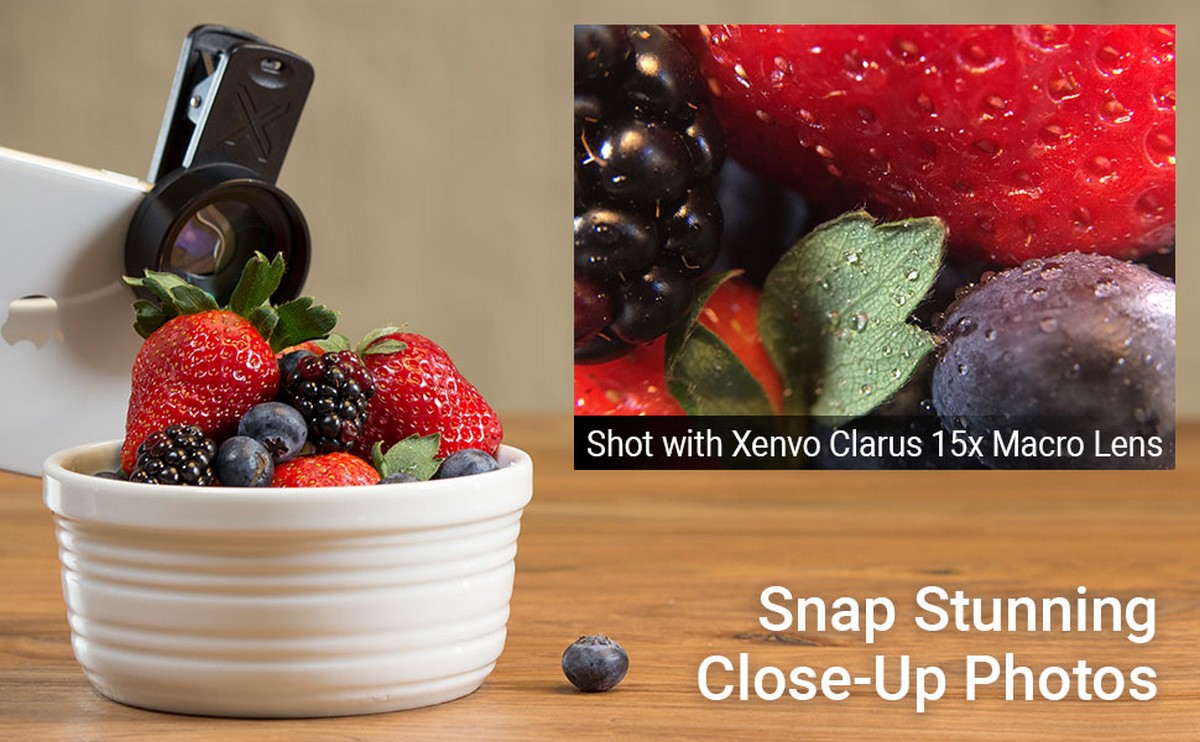 The problem that some of these lens makers have is that usually they need to update their products like the mounting case in order to ensure it works with newer phone models, especially since camera module placements do tend to change from brand to brand, model to model.

If you’d rather not deal with the hassle of waiting for an accessory maker to come up with a case for your phone, Xenvo has you covered. The company’s Pro Lens Kit actually utilizes a clip to attach their lens onto your smartphone’s camera.

Xenvo makes a bold claim in stating that it will work with all smartphones and tablets, so whether you’re using this now or 2-3 years down the road, unless there is a drastic change in design, you should be covered. 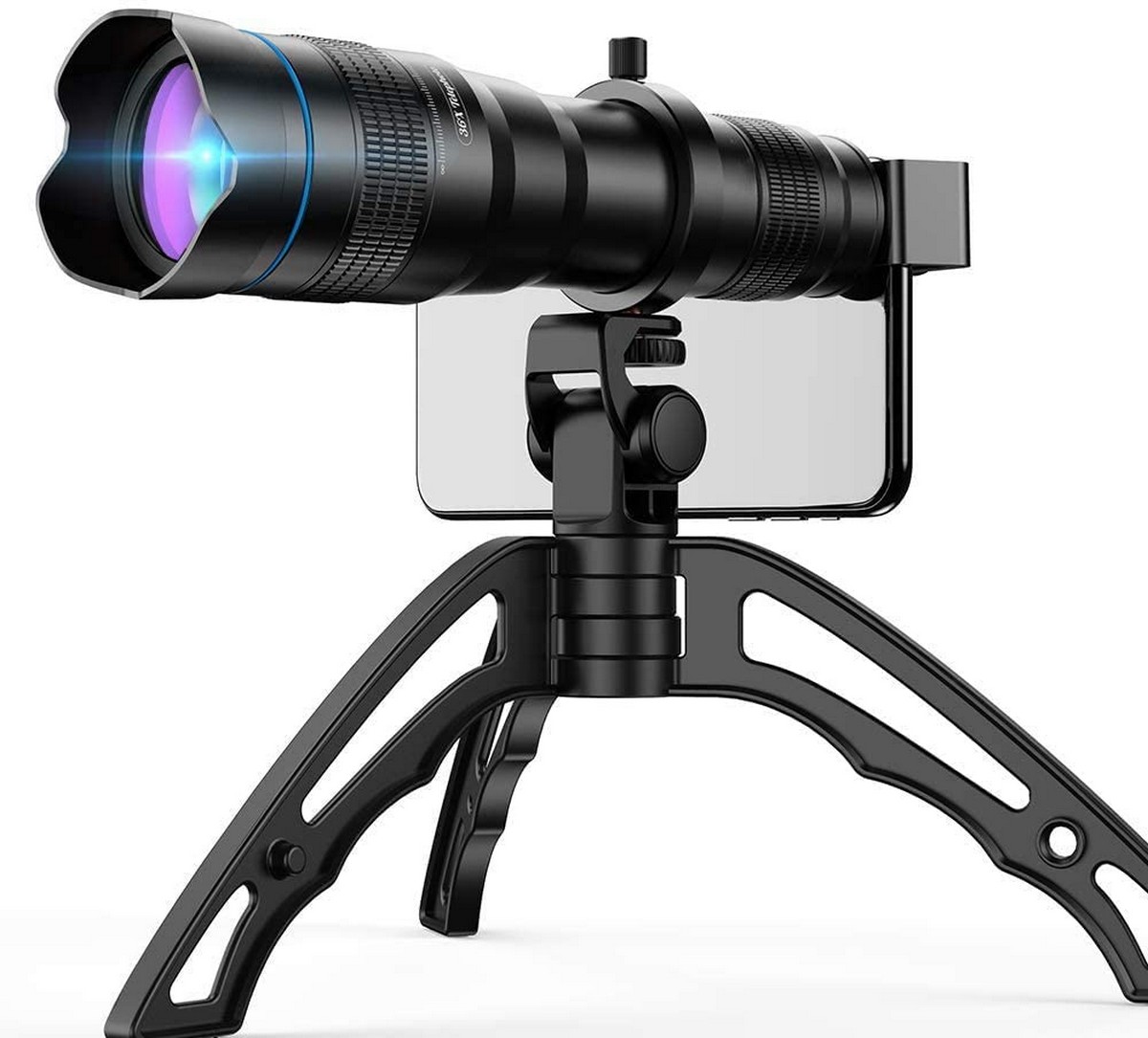 If you’re looking for a high-powered zoom lens, then Apexel could be what you were looking for. The issue with zooming using your smartphone is that due to the construction of the lens and the size of the phone, it can only zoom in so much.

What phone makers have tried to do as a workaround is digital zoom, which basically crops a photo to give it the effect of a zoom, but in the process you do lose a bit of detail and clarity. Apexel’s telephoto lens looks like a miniaturized version of a telephoto lens used by DSLRs and mirrorless cameras, so while it might not be the most compact, it will be able to get the job done. 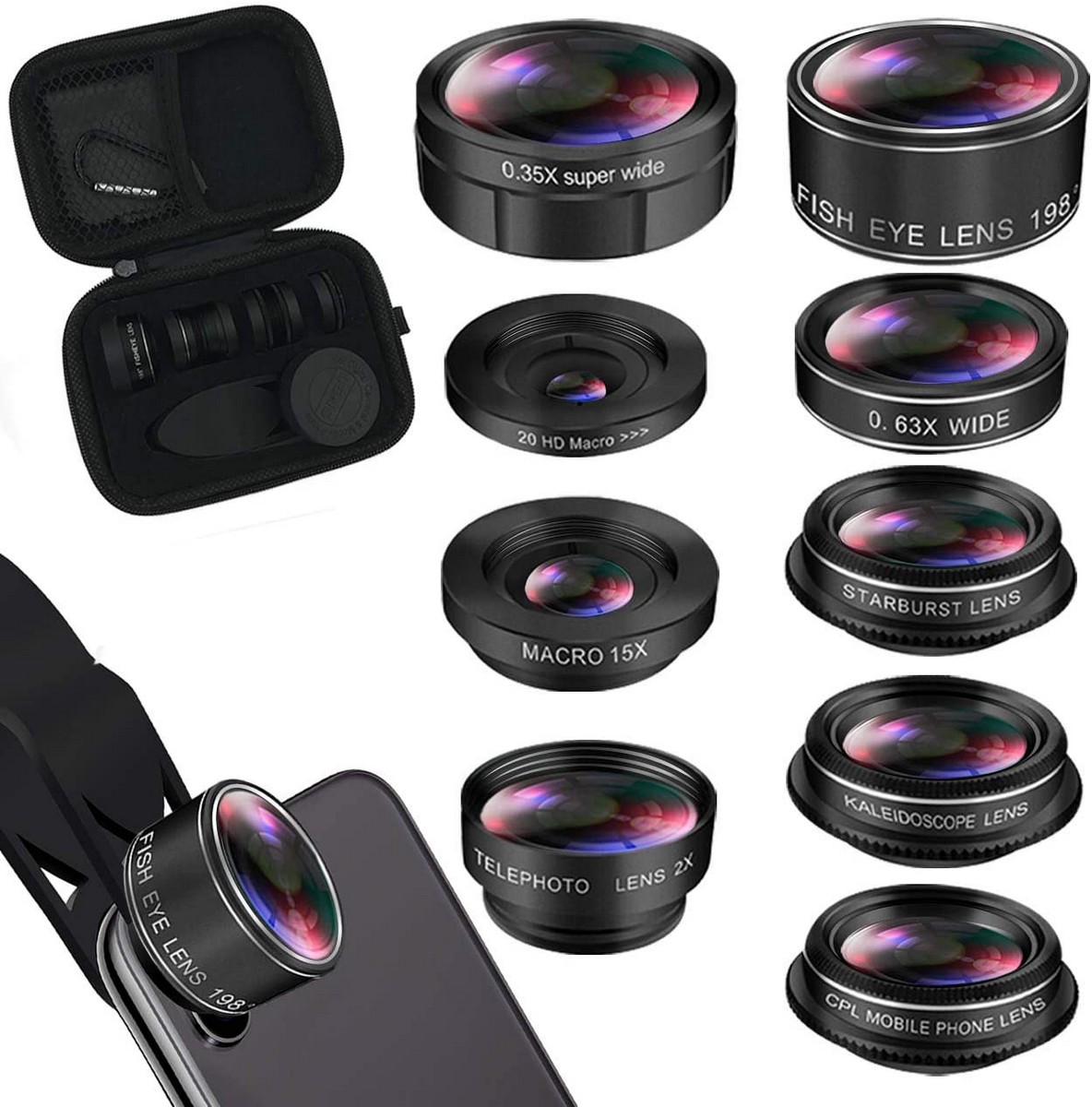 With there being so many different lens types to choose from, it can get expensive if you want to buy all of them. Keywing solves this problem with a 9-in-1 bundle that combines a variety of lenses so that you’re spoiled for choice.

This kit will include your standard telephoto, ultrawide, and macro lenses, but it will also come with additional lenses with different effects like a kaleidoscope lens, a starburst lens, a CPL filter lens, and so on.

The added bonus is that it will also feature a clip that should make it compatible with a wider variety of smartphones, not just the iPhone, which also means that in the future if you change smartphones, it could also be compatible and you can keep using your lenses.