When I initially sat down to try and put my thoughts together for this review, I was going to take the “traditional” approach. But since the Galaxy Z Fold 3 has already been available a few weeks, that’s kind of the boring approach. We’ve all seen the specs and the camera performance, but not as many reviews have spoken about what it’s really like to use the Z Fold 3 on a daily basis.

Going from the Fold 2 to the Fold 3 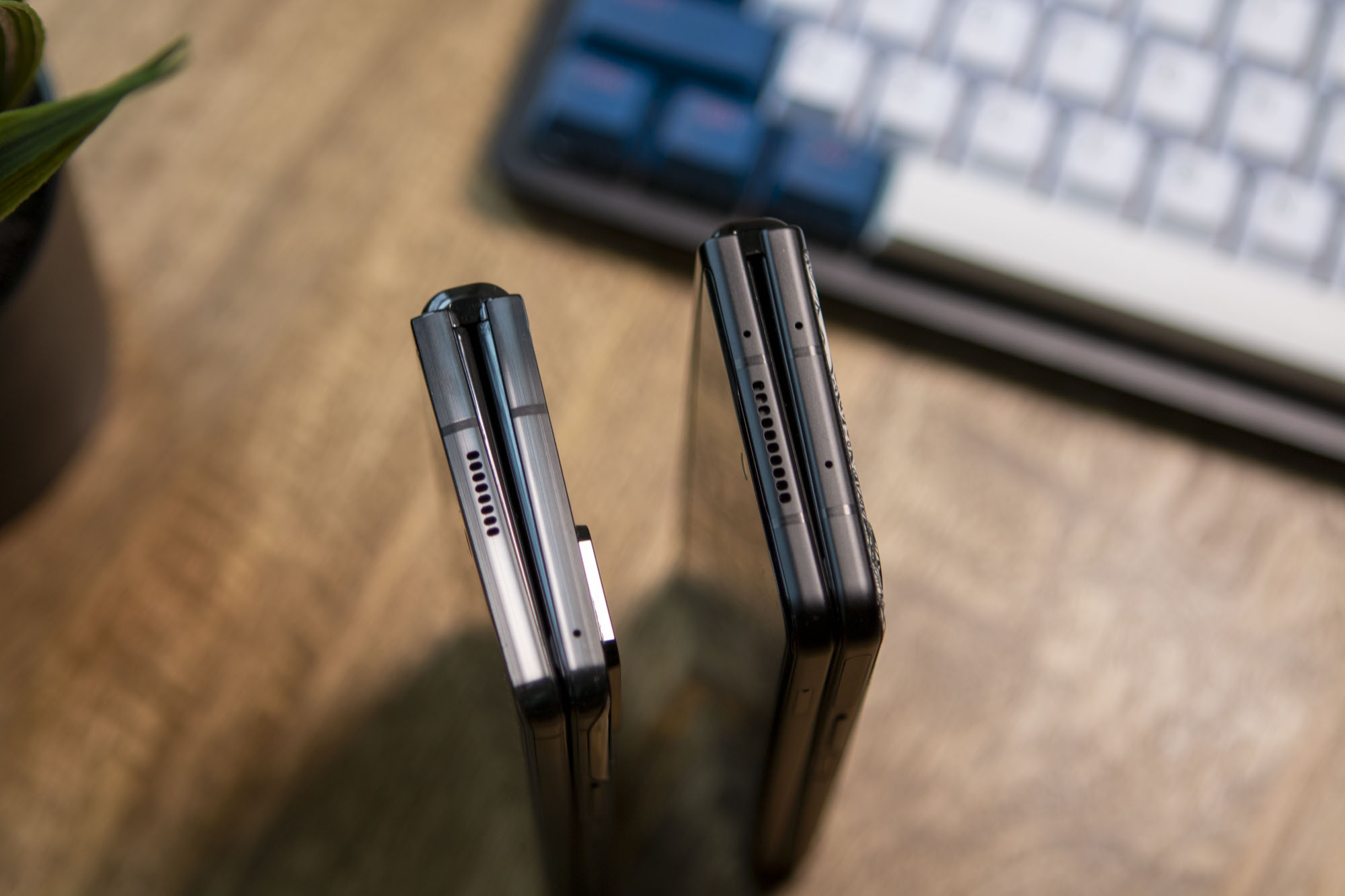 After skipping the first round of foldable phones, I made the decision to dive head-first into the world of foldables with the Galaxy Z Fold 2. Admittedly, I was pretty smitten, even when my main SIM card wasn’t in last year’s flagship foldable phone. That’s because the Z Fold 2 was transformed into more of a couch phone, which, of course means all I need is my Wi-Fi connection to enjoy the fruits of what was offered.

For the most part, I feel the same way now that the Galaxy Z Fold 3 is here. However, there are a couple of things that have left me wanting to actually use the Fold 3 as my main phone. The first of which is the slimmer and lighter design. Samsung didn’t go back to the drawing board here, and we don’t have a drastic overhaul as we saw between the original Galaxy Fold and the Z Fold 3. Instead, this was a year of refinement instead of trying to create a phone that just completely takes the smartphone world by storm. That has been reserved for the Galaxy Z Flip 3. 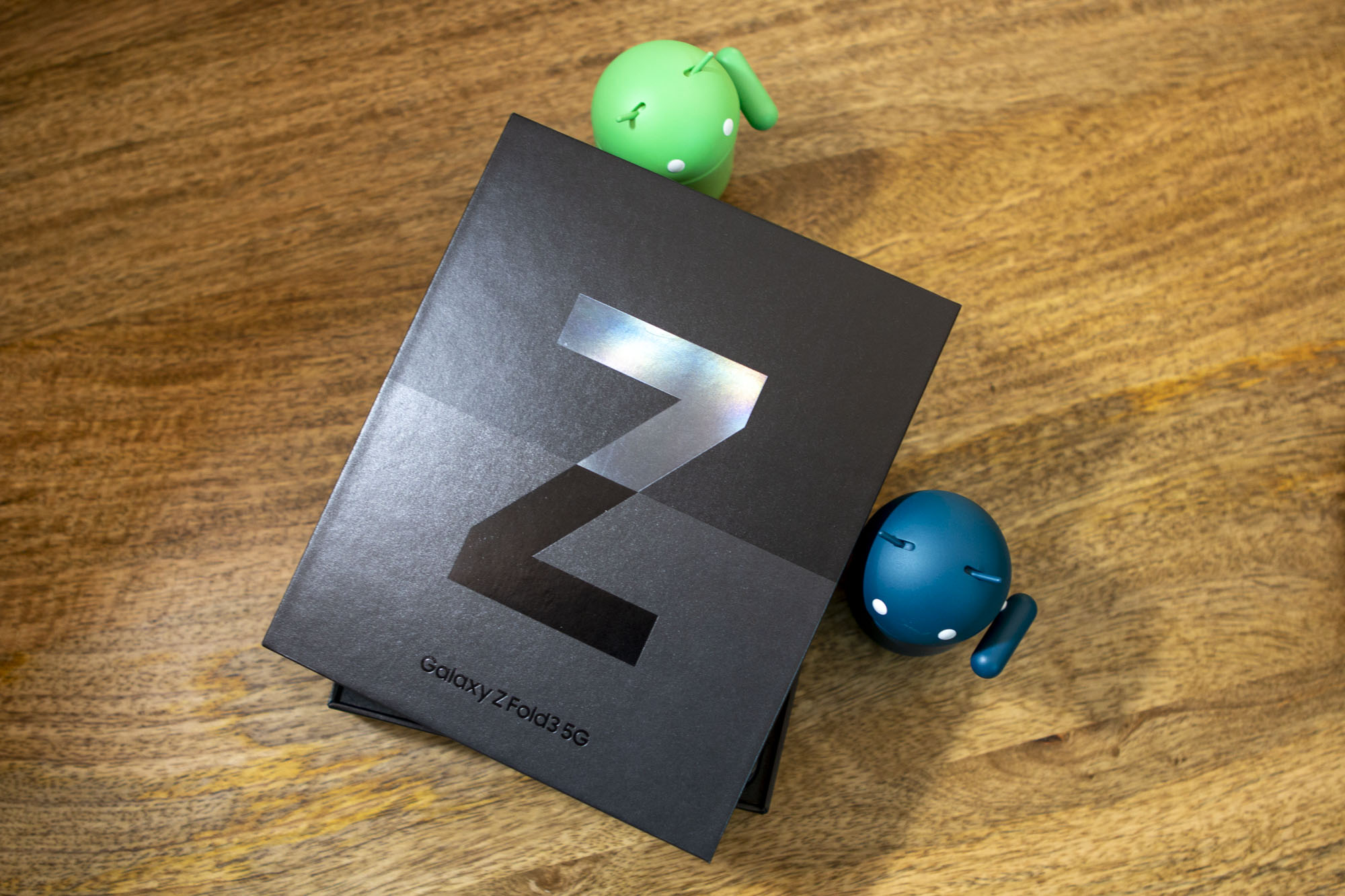 The obvious benefit for “upgrading” from the Z Fold 2 to the Z Fold 3 wasn’t the processor, as Samsung didn’t even use Qualcomm’s Snapdragon 888+, opting for the standard SD888. And truthfully, we’ve pretty much reached a point where in terms of power, there’s really no discernible difference on a daily basis. Samsung even ported the nifty software tweaks made with the Fold 3 to last year’s Fold 2, so there wasn’t anything on the software side that I (or you) would be missing out on. 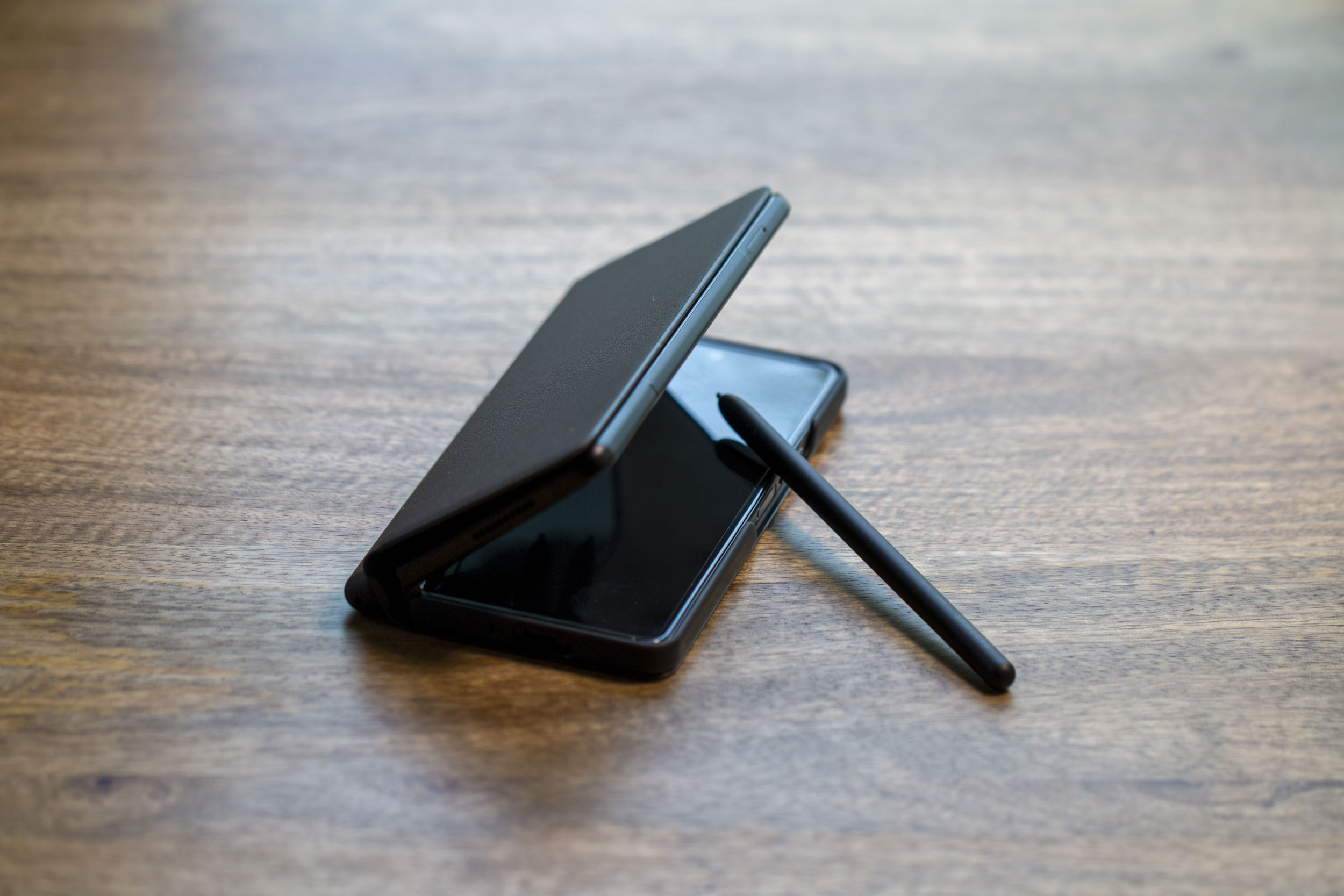 Truthfully, I wasn’t one of the first people to place a pre-order for the Galaxy Z Fold 3. My mouse cursor hovered over the button quite a few times, but for some reason, I just couldn’t bring myself to pull the trigger. Then I remembered something that I have taken for granted over the past year or so.

Looking at the Galaxy Z Fold 3 as a tablet that transforms into a phone, instead of the other way around, this helped me to actually make the decision. But again, it has nothing to do with the software. Instead, Samsung answered one of my prayers with the Z Fold 3 and introduced S Pen support. It did so by making use of a Wacom digitizer, while still managing to slim down the phone and offer a slightly-upgraded display in terms of quality.

The added water resistance is awesome enough as it is, but it’s more awesome (to me at least) because of the technological advances that Samsung is making. See, I very rarely used a case with the Galaxy Z Fold 2, and have been using one even less with my Fold 3. Maybe it’s because signing up for Samsung Care+ makes me feel like I have a “get out of jail free” card to play if something actually happens. But these phones are the first that I don’t want to hide behind a case, let alone deal with the added bulk of what a case brings. 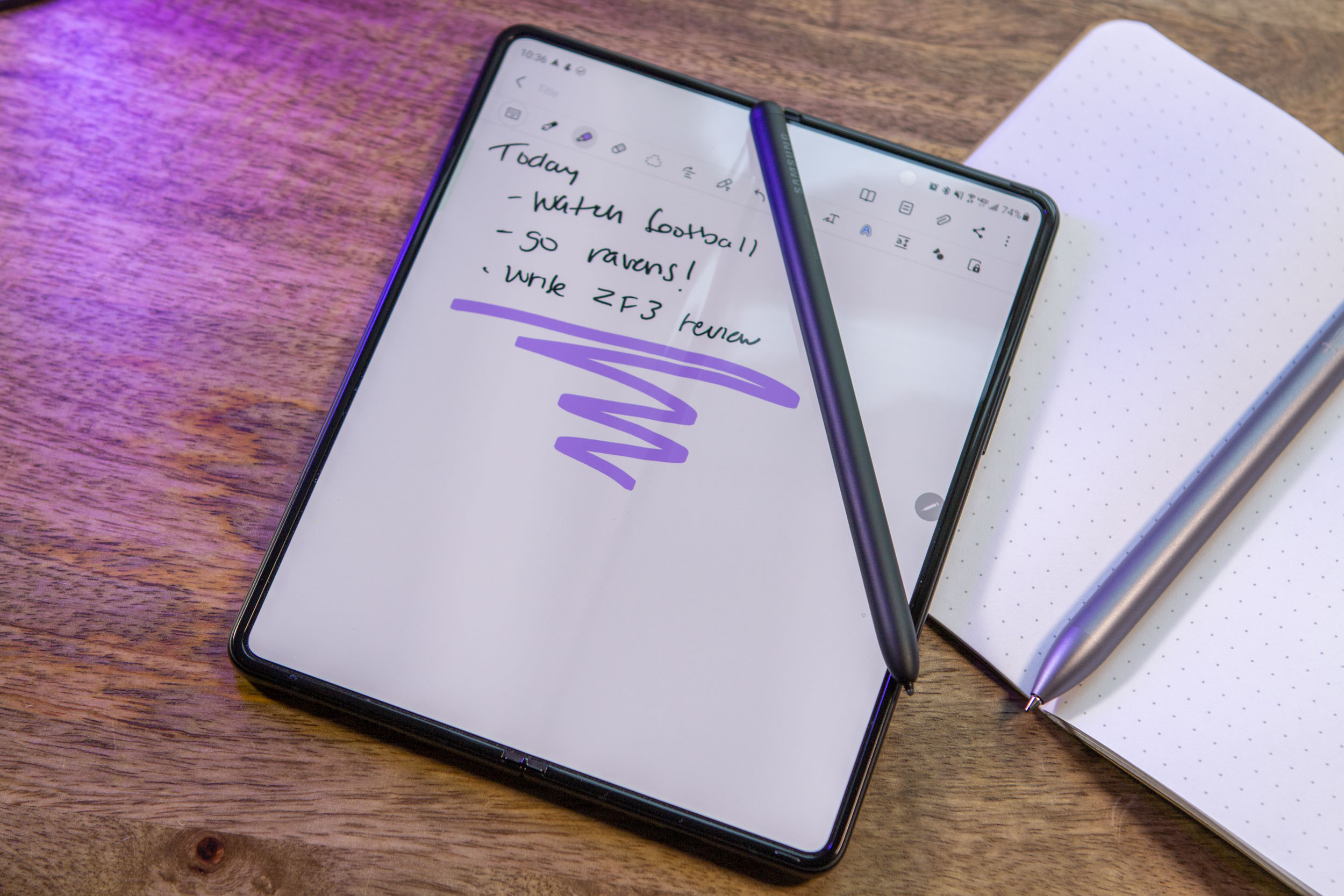 Plus, after finally managing to pick up the Folio Cover with Fold Edition S Pen, I came to the realization that a case just isn’t necessary here. Of course, everyone’s needs are going to be different, as I work from home full-time and don’t have to deal with going to a job-site or travel that often any longer.

Nevertheless, I have always been infatuated with the notion of using a stylus with my smartphone. I have been a Galaxy Note fan since the Note 3 was released, and if it weren’t for the Galaxy Z Fold 2 offering such an upgrade, the Note 20 Ultra would have likely ended up as my go-to phone for a little while.

As someone who is constantly needing to jot down notes to remember to do things or with ideas, the Galaxy Z Fold 3 has transformed into the almost-perfect pocket notebook. Instead of carrying around a Field Guides notebook and a pen, I can just carry around my Fold 3 and the S Pen. And this is what has helped me to keep my SIM card in the Fold 3 while also making the tough decision to upgrade from the Fold 2, which is still an incredible phone in its own right.

We’re still not there yet 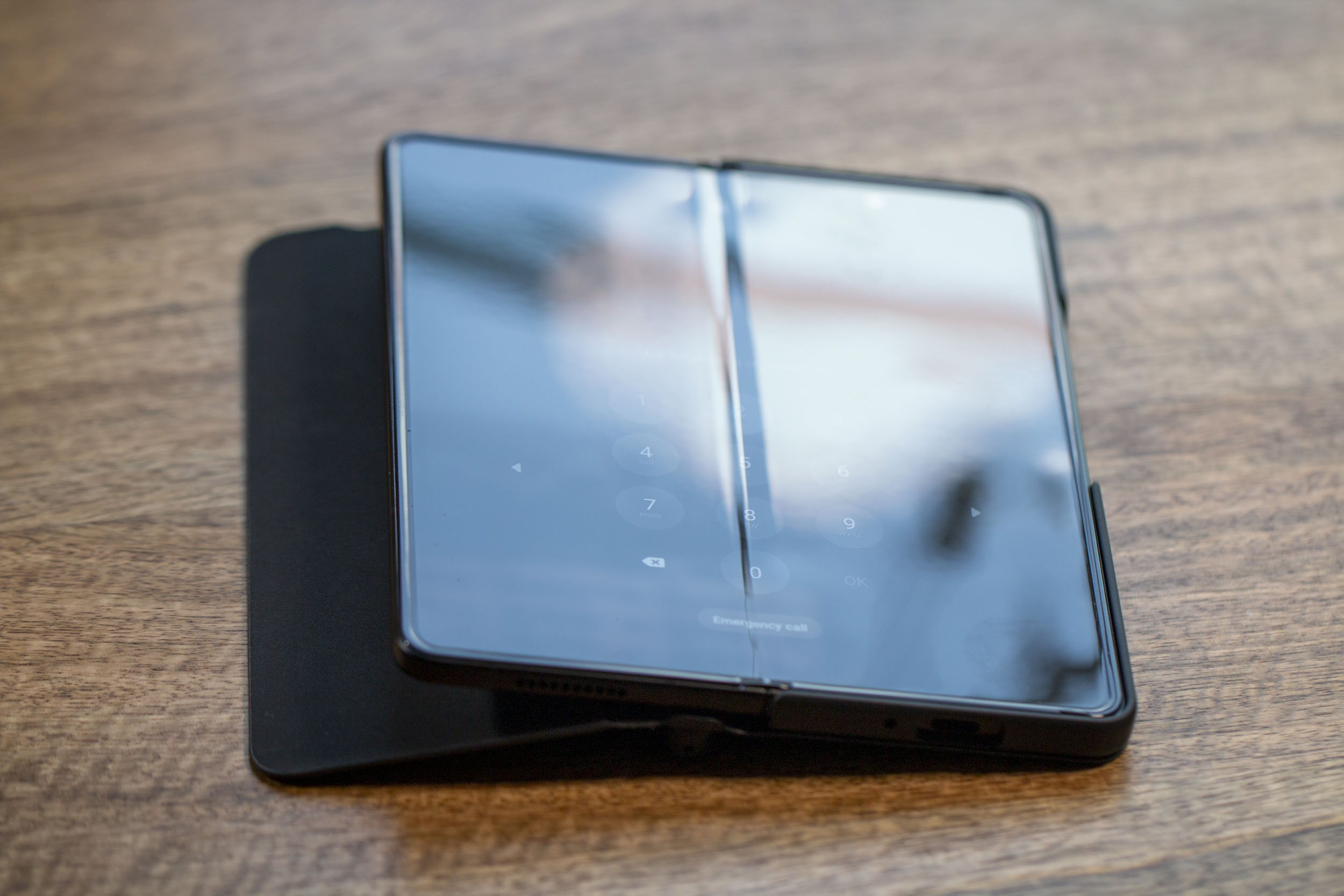 Going back to the aforementioned Galaxy Note series, this is the first year that we won’t be getting one of those. Samsung claims its due to the ongoing global chip shortages, but I would venture to guess it has more to do with the company trying to force foldable phones into the mainstream. It seems to be working, as the Galaxy Z Flip 3 and Z Fold 3 are still suffering from delays in some regions, and finding a good case for either phone is a struggle in its own right. 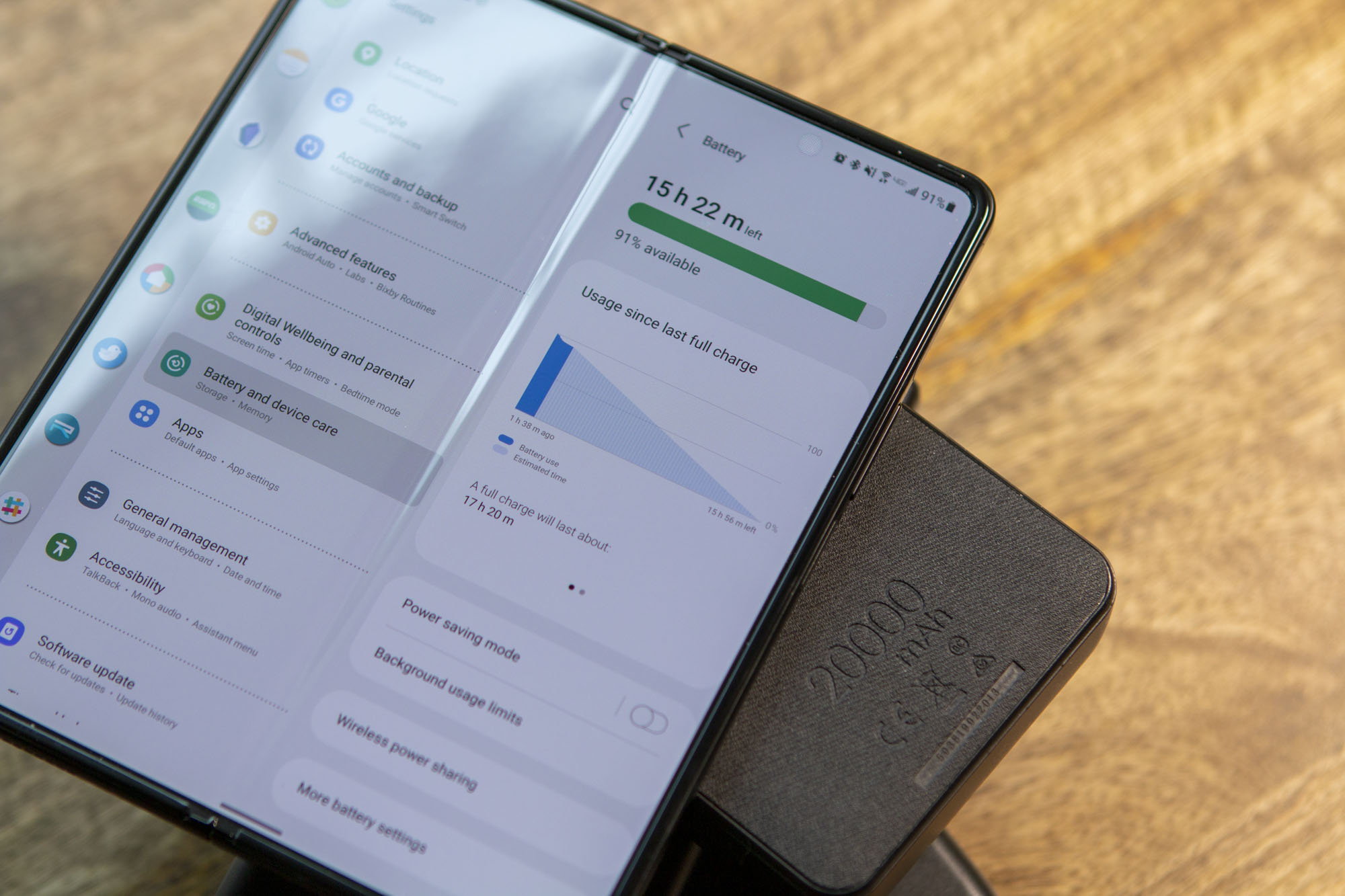 I say all of that to say that Samsung is still missing the mark. It’s tough to really even compare Samsung to anyone else in the foldable market, simply because there’s hardly any competition. But even still, Samsung decreased the battery size in the Galaxy Z Fold 3, leading to so many different posts on the r/GalaxyFold subreddit and Twitter about how to make battery life better. It seems to be extremely hit or miss, but there was even one user who factory reset their Fold 3 three different times to figure out what was causing so much battery drain, to no avail.

If Samsung really wants the Galaxy Z Fold line to transform into the Note series, then the company has to get this figured out. There’s absolutely zero reason (in my mind, at least) that I should be reaching for a charger by 3 P.M. I don’t want to have to learn about the new Good Guardians series of modules related to Good Lock that is designed to only help improve battery life. Who wants to jump through all of the hoops just to use their phone all day? 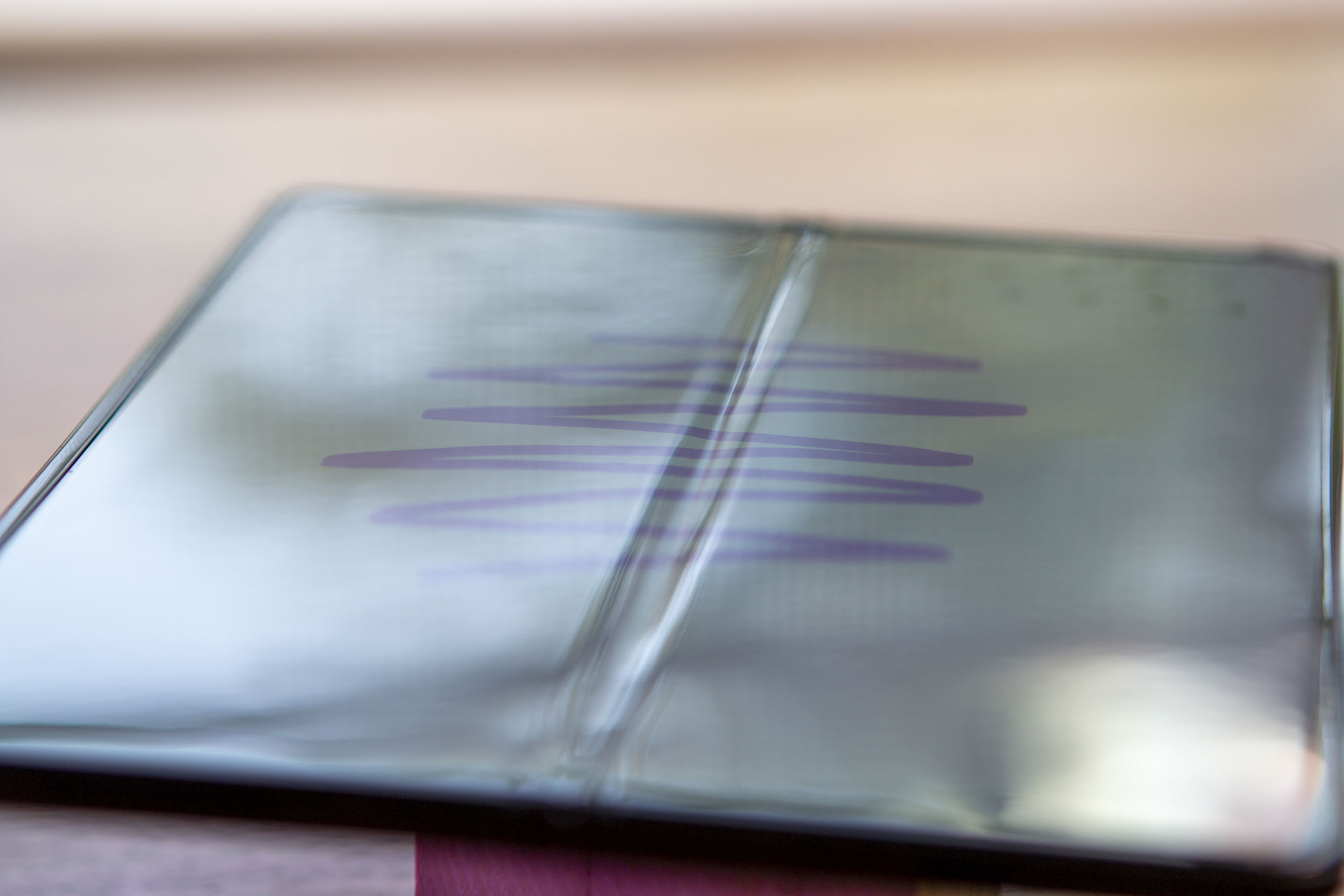 This one’s a bit unfair because of the fact that Samsung’s displays are the best out there, and it’s likely going to be fixed in the next iteration or two. But as I’ve started using the Z Fold 3 as a pocket notebook, taking advantage of the S Pen support, the crease has to go. At the very least, it needs to be reduced to the point where I can’t feel the crease when trying to jot something down. It’s not as bad as opening a bound notebook and trying to draw a straight-line across the two pages. But it’s close. It’s nit-picking with technology that’s not finished yet, but this is another area where Samsung needs to improve. 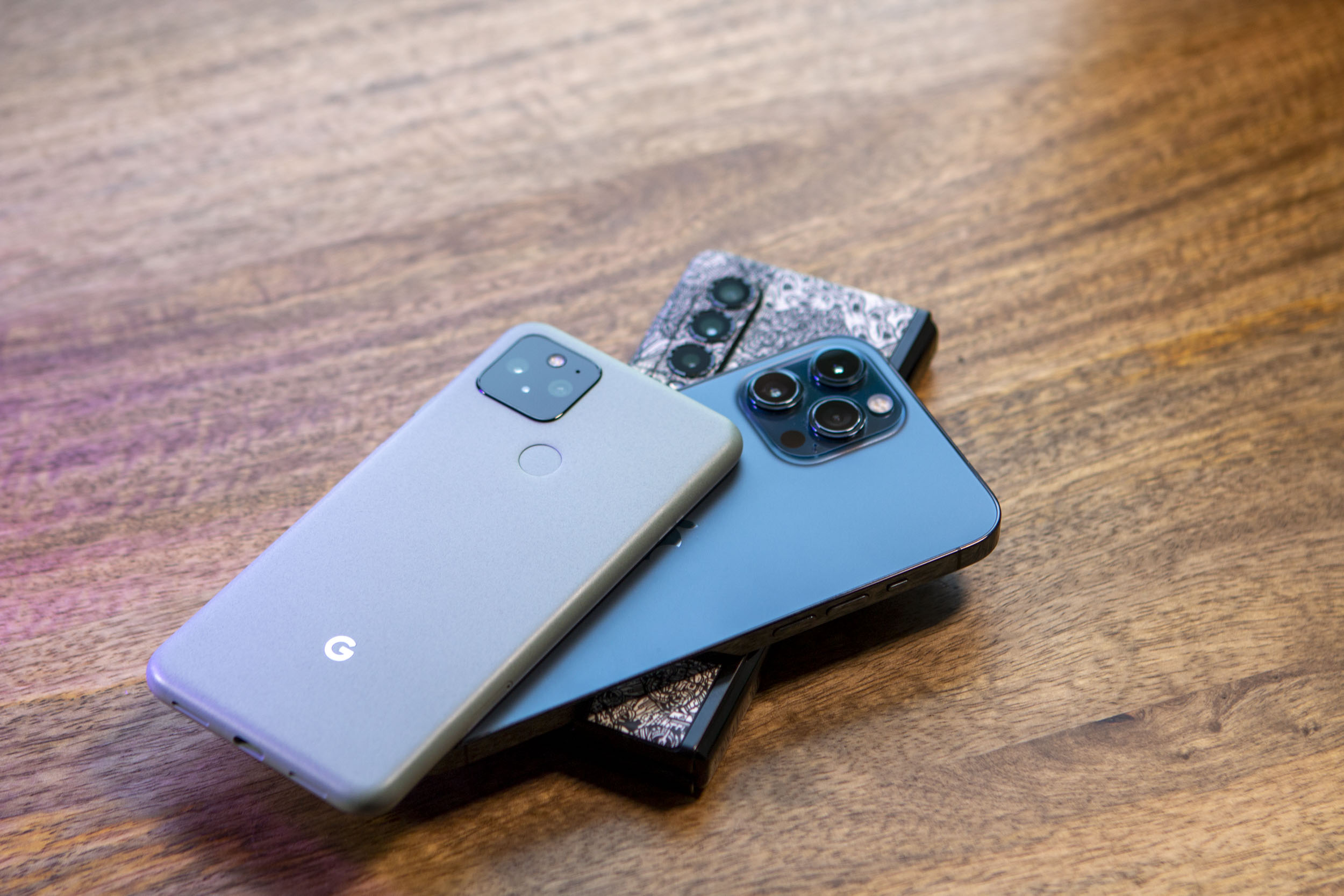 I didn’t want to believe the rumors that claimed that Samsung was going to be re-using the same camera system from the Galaxy Z Fold 2. For a phone that is priced at around $1,800, I expected to see at least ONE of the camera sensors upgraded. Instead, all three cameras are the same across the board and it’s frustrating.

Yes, Google has been doing the same thing in the Pixel lineup for years, but there are two big differences; software processing and price. Even with the pricy and disappointing Pixel 4 XL, the phone came nowhere near the cost of the Galaxy Z Fold 3. And Google is so far ahead of the rest of the market when it comes to image processing, the Pixel 5a is still a better solution for those who want the best camera experience.

I’ve been trying to ignore the whole camera situation on the whole, as the triple camera array is still pretty good. However, my fiancé and I recently celebrated  our four-year anniversary, and instead of using the brand new Galaxy Z Fold 3 to snap some pictures of us together, I instead reached for my iPhone 12 Pro Max. Personally, I would much rather prefer to use the phone that just came out, versus one that’s about a year old at this point.

Should you buy the Galaxy Z Fold 3? 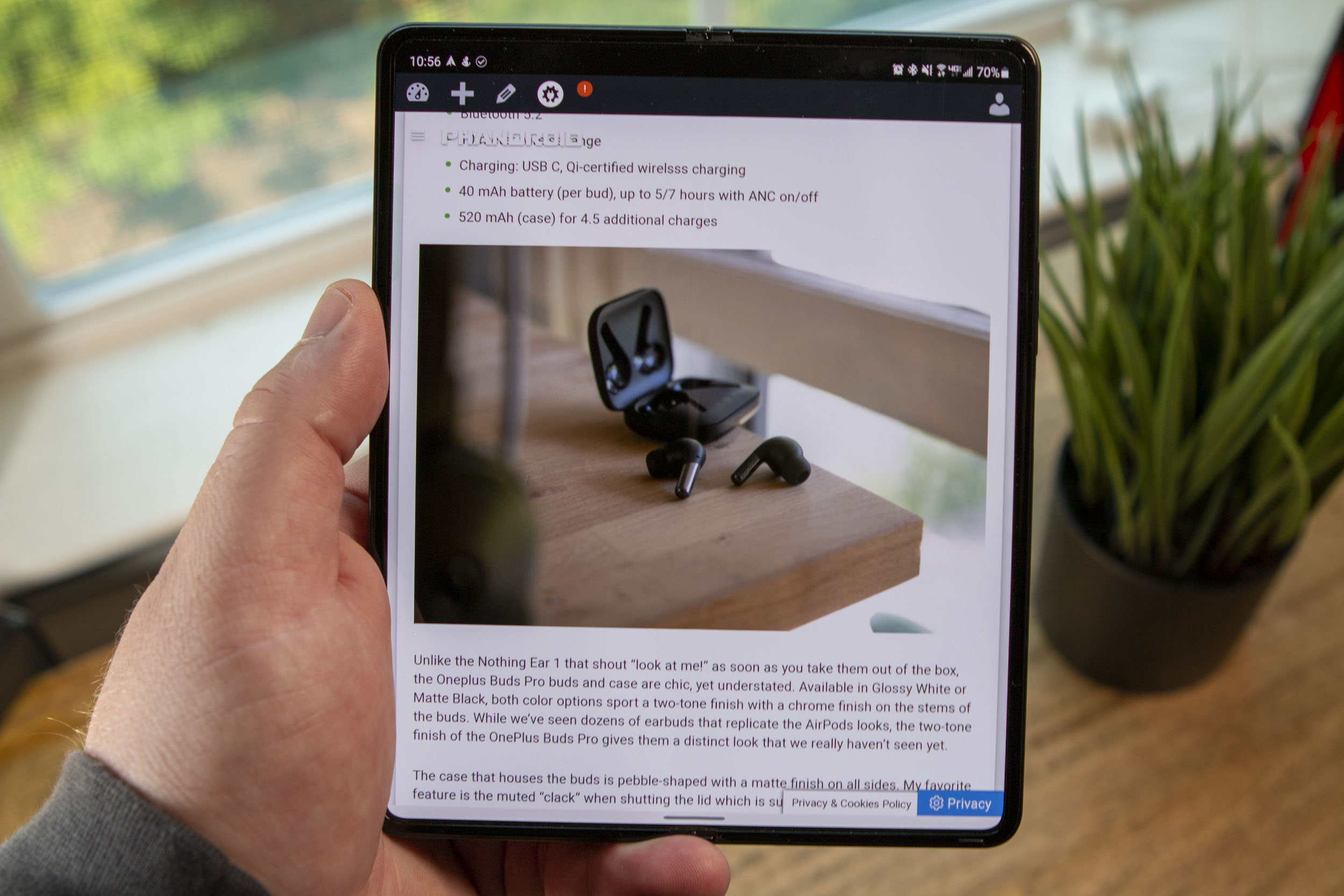 If you’re looking to upgrade from the Galaxy Z Fold 2, and have largely been content with what last year’s foldable has to offer, stick with it. The Galaxy Z Fold 4 might be another major iteration in the series, and will likely offer an even better main display along with much-improved camera hardware.

Those who are tired of slab phones and want something unique and different, or if you’re a Galaxy Note fan, then go for the Fold 3. There are still plenty of great trade-in promotions taking place, and the Galaxy Z Fold 3 is simply an incredible piece of technology, no matter what way you look at it.

My qualms with the Galaxy Z Fold 3 (other than battery life) are more nit-picks than anything else. It still blows my mind that I have a smartphone that features a single display that can be folded and unfolded.