Smartwatches are a dime-a-dozen, but good smartwatches are few and far between. Actually, let’s take a step back. Smartwatches making use of the best and latest processors and features are few and far between. Mobvoi is seemingly the only brand that wants to compete with Samsung and Fitbit, making use of the latest Snapdragon Wear SoC and bringing some pretty unique and awesome features to our wrist. But what helps the TicWatch Pro 3 stand out from the crowd isn’t just the processor it runs or the dual-layered display. It’s the fact that it’s the most powerful smartwatch available that’s still making use of Wear OS. 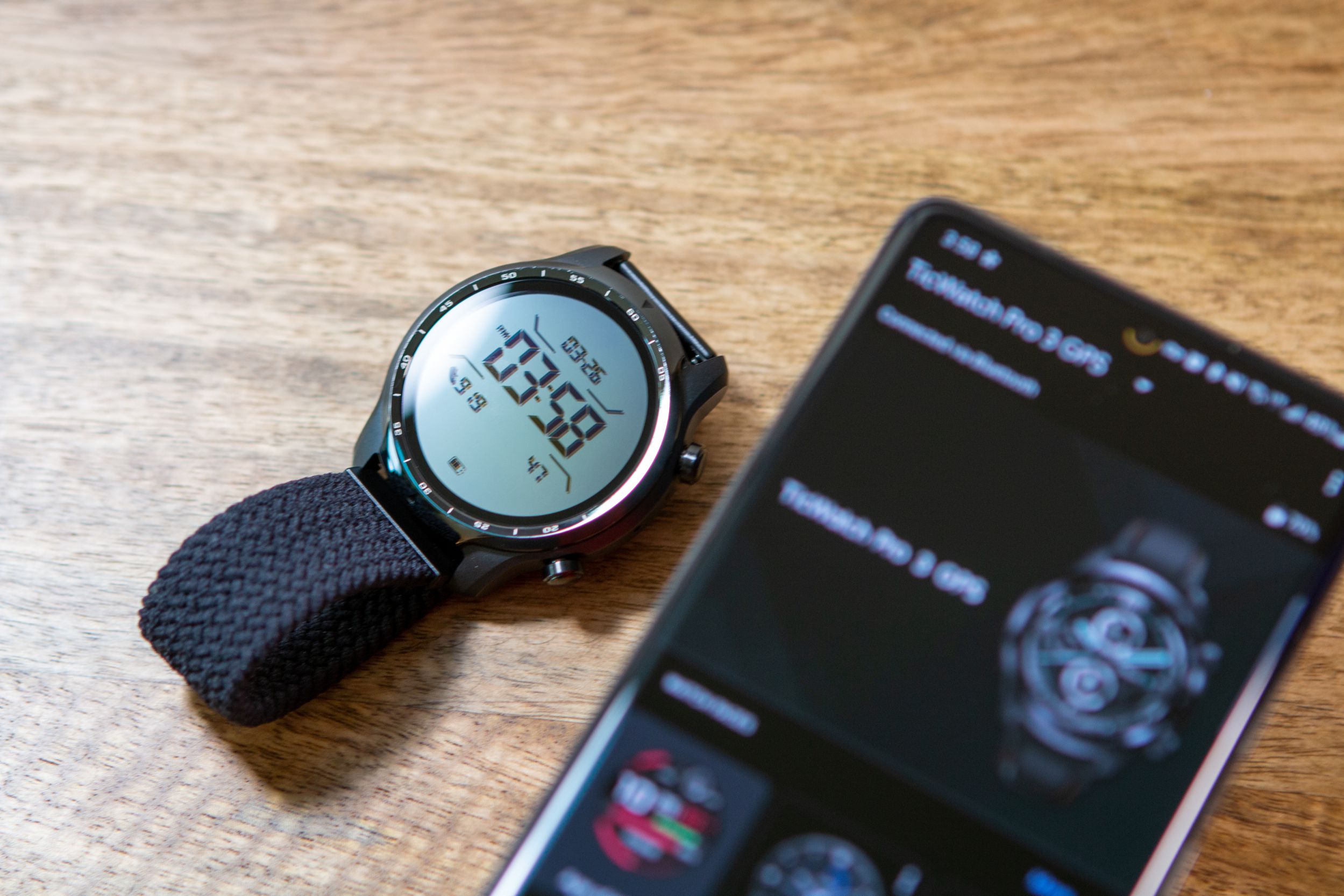 Upon taking the TicWatch Pro 3 out of the box, you’ll immediately notice that this is not the watch for everyone. While the Galaxy Watch Active 2 has two different sizes to choose from, even the larger of the two will be great for most people. Instead, Mobvoi’s smartwatch comes in with a massive 1.4-inch AMOLED display, while being quite a bit thicker than previous TicWatch iterations. There are two buttons on the right side of the casing, along with a little pinhole microphone comfortably placed in-between.

The included band is made from silicon and it’s made to look somewhat like a crossover between leather and plastic. There’s fake stitching along the edges, which offers that leather “look”, but it’s really just a fancy silicon band. Truth be told, this band didn’t end up working for us, as after a few days a rash appeared on my wrist, forcing me to pick up a random fabric band on Amazon that’s made to look like the Solo Loop from the Apple Watch Series 6.

Turning on the Pro 3 and you’ll immediately understand why this dual-display design is so popular. It’s big, vibrant, and beautiful, displaying all of the information you need at a glance, even without needing to jump through hoops in order to find a different watch face. Speaking of which, TicWatch includes several different options to choose from within the accompanying app, but you can always go through and find or create something custom with Facer.

Flipping the Pro 3 over, you’ll find an array of sensors, some microphone and speaker cutouts, along with proprietary charging pins. This brings us to our first frustration, as we really would have preferred to have Qi wireless charging, but at least you’ll get a semi-long charging cable in the box. The underside of the Pro 3 has a matte finish, making it softer to the touch and not as cold as a traditional watch.

Moving back to those displays, the Pro 3’s bread and butter is that the dual-display set up. We’ve already mentioned that you can go through and change the watch face for when the AMOLED panel is in use, but the same can’t be said for the LCD FSTN display. This display acts as your “always-on display” showing some bits of information including the time, date, battery life, and steps. Raising your wrist reveals the AMOLED panel, but if you find yourself in crunch time before finding a charger, the LCD FSTN takes over so you can at least keep track of the time. 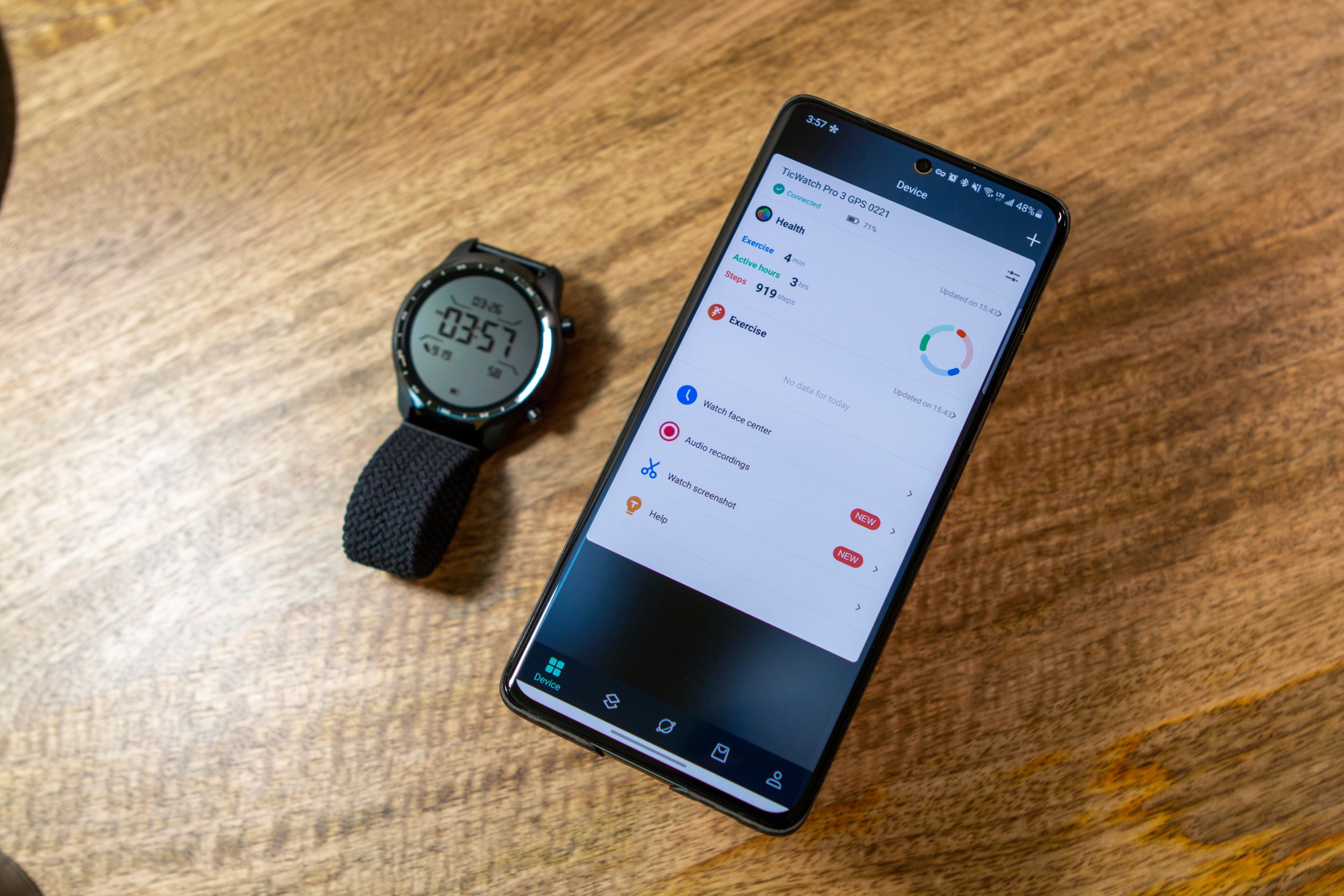 Admittedly, it has been years since I’ve used or even thought about using a Wear OS smartwatch. My go-to has been the Apple Watch paired with my iPhone 12 Pro, but I have dabbled (and gotten rid of) the Galaxy Watch 3 and Watch Active 2.

I must admit that using the Pro 3 has been a dream, as I haven’t run into any hiccups or frustrations. Asking Google Assistant a question, from my wrist, is exactly what I had hoped for in a Wear OS smartwatch, and the Snapdragon Wear 4100 is pulling its weight while zipping through different apps and interacting with the watch itself.

As one might expect, Mobvoi has an app dedicated to providing all of the health and fitness information that you would want, along with being able to swap out your watch face, check audio recordings, and even take a screenshot. The app syncs flawlessly with Google Fit, and you’ll even find a brief overview of your health information at the top of the app, along with battery life and the name of the watch.

If you’re okay with the larger size of the Pro 3, this is the smartwatch to get for those wanting the best battery life. We know that fitness trackers last longer, but you’ll get up to two days of battery life when using Wear OS, and an extra couple of days when the FSTN display kicks in. While using the TicWatch Pro 3, the battery life continued to impress, even as someone who was making the switch from a Fitbit Sense which has long-lasting battery life without all of the extra goodies offered by Wear OS.

We’ve already touched on this to a certain extent, but Mobvoi has packed quite a few different sensors and health-focused features into the Pro 3. For starters, there is a slew of TicWatch branded apps already installed when you get the Pro 3 set up for the first time.

It doesn’t take much to figure out which app provides which information, but it was nice to see some different apps installed to play around with. Being able to track your sleep, and your breathing is extremely simple to get started, along with general health tracking and automatic workout tracking. With the TicWatch Pro 3, you’ll be able to manually keep track of 15 different workouts thanks to the TicExercise app, and the FSTN display will show you how well you’re doing without draining the battery with the AMOLED display.

Should you buy the TicWatch Pro 3? 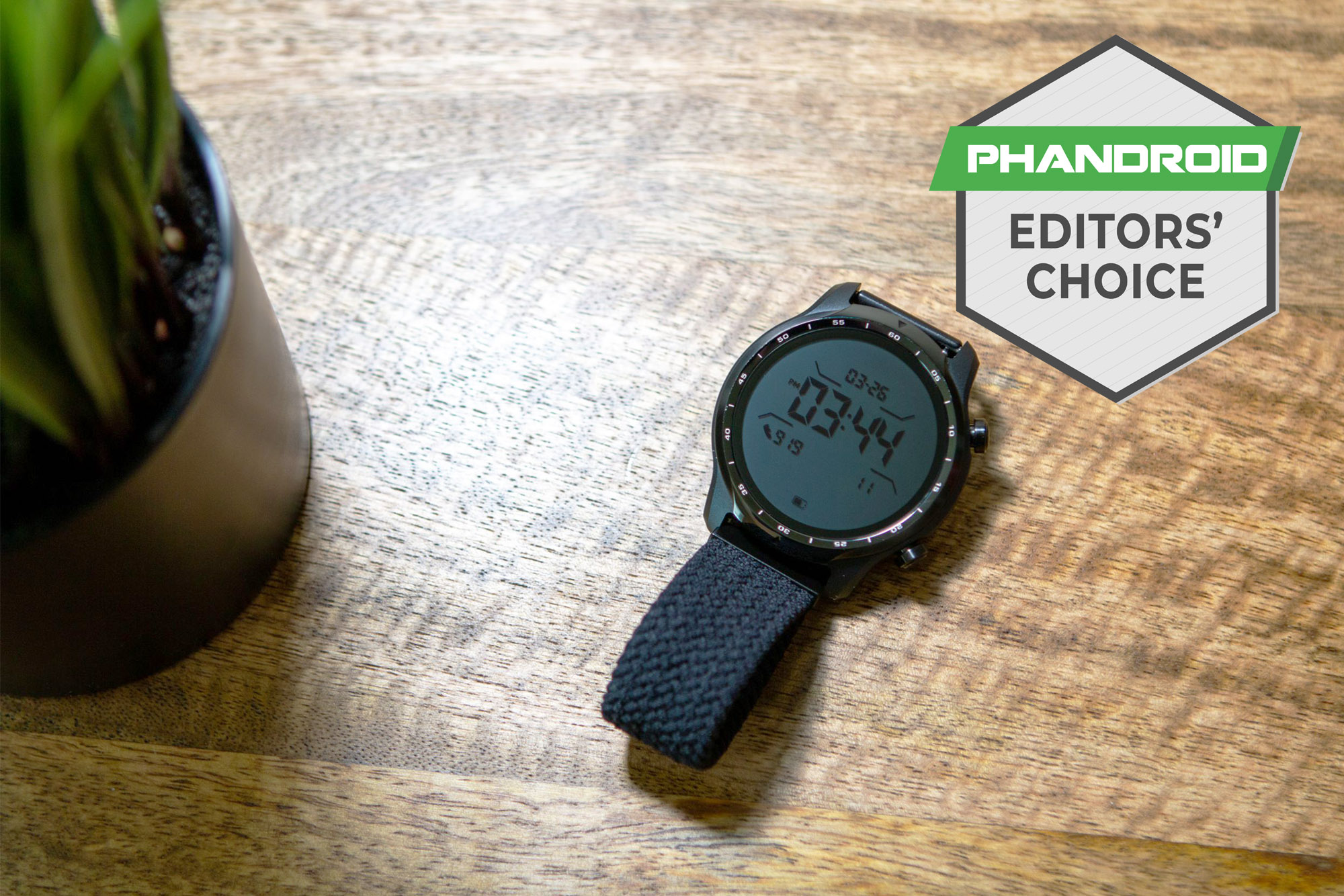 If you’re looking for the best that Wear OS has to offer, there’s nothing better than the TicWatch Pro 3. Mobvoi has made some great strides over the past few years to make this one of the most popular smartwatches on the market, even if it’s not something that immediately comes to mind. We’re interested to see how Google’s acquisition of Fitbit plays out in the long run, but for now, we would have to say that this is the best Android smartwatch period.

Between the FSTN display that only provides the most pertinent information and the gorgeous AMOLED panel being used, it’s easy to see why this is a fan favorite. Throw in the numerous health tracking features and it’s a slam dunk. If we had one suggestion for a future TicWatch, it would be to “borrow” the rotating bezel from Samsung’s Galaxy Watch 3. While the display is big and vibrant, it can still be cumbersome trying to navigate the watch with a finger, and the rotating bezel would make life a bit easier.

Nevertheless, this is a home run from Mobvoi, and we can’t wait to see what’s next from the company.

This is hands-down the best Android smartwatch, thanks to the latest Snapdragon Wear 4100, and the fact that it’s running Wear OS. The only potential concern for Mobvoi is whether Samsung will make the jump from Tizen to Wear OS in the near future. But you’ll be more than satisfied and happy with the Pro 3.