Motorola has been struggling in the software update department for a number of its devices, including the likes of the Motorola Edge+. The company had still not released the Android 11 for its flagship handset, but now the Edge+ is finally getting Android 11 with some extra new features in-tow.

One of the defining features of the Galaxy S21, Note 20 Ultra, and even Galaxy Z Fold 2 is Samsung DeX Mode. This essentially allows you to connect your phone to a monitor, pair a bluetooth mouse and keyboard, and use the phone as a computer. There’s a uniquely designed interface, while providing access to your favorite mobile apps on a bigger screen. 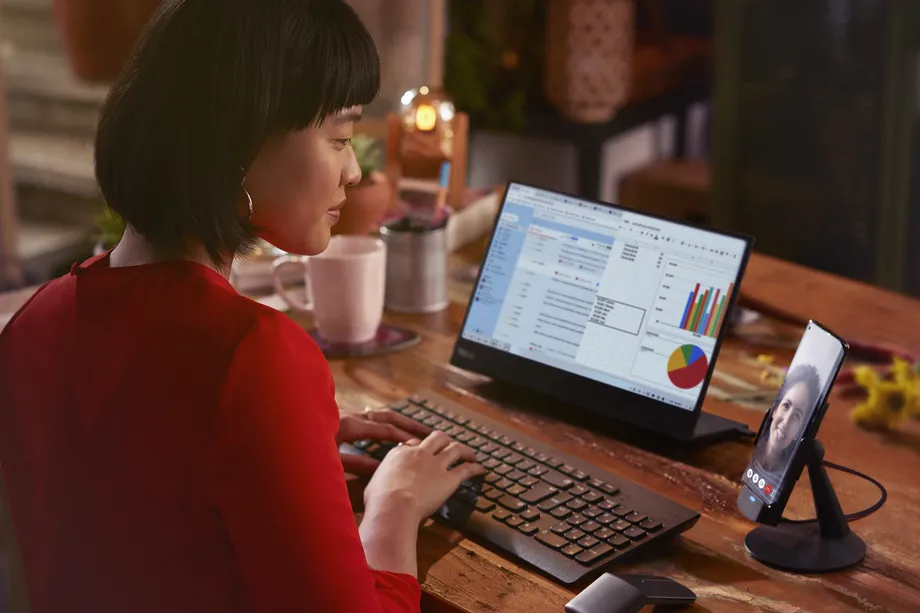 Motorola is aiming to take on DeX Mode with its newly-introduced ‘Ready For’ mode owners of the Motorola Edge+. All you’ll need to do is plug your Edge+ into a monitor with either a USB-C to USB-C or USB-C to HDMI cable, pair up a Bluetooth keyboard, and you’ll be ready to go. When plugged in, the desktop experience will appear on the big screen so you can either play one of your favorite Android games or try to get some work done with the extra screen real estate.

Another useful feature of this oddly-named ‘Ready For’ system include the ability to make use of the Edge+ cameras for video calls, which can come in super handy in today’s world. The company also confirmed that it will be launching a new ‘Ready For’ dock which is coming Amazon on April 19th. Unfortunately there’s was no word on what the price would be, other than that pricing would be revealed closer to the release of the dock.

On paper, this seems like a really great idea for owners of the Motorola Edge+, but Samsung Galaxy phones still gain the upper hand with DeX Mode. This is due to the fact that you can use the DeX Mode wirelessly between your smartphone and monitor, while the Motorola solution requires a hard-line connection.

Motorola has started rolling out its Android 11 update for the Edge+, which should be arriving for all owners over the coming days. Let us know if you’ve received the update and whether you’ve tried out this new ‘Ready For’ feature.