Outside of Samsung and Apple, there’s been a bit of competition from headphone makers to try and provide the AirPods equivalent for Android. For the last few years, Jabra has been leading the way, and with the Jabra Elite 75t, things look promising.

The Elite 65t were largely regarded as the best truly wireless earbuds until these were replaced by the 75t in Jabra’s lineup. But did Jabra make enough improvements, or do the 75t fall flat? 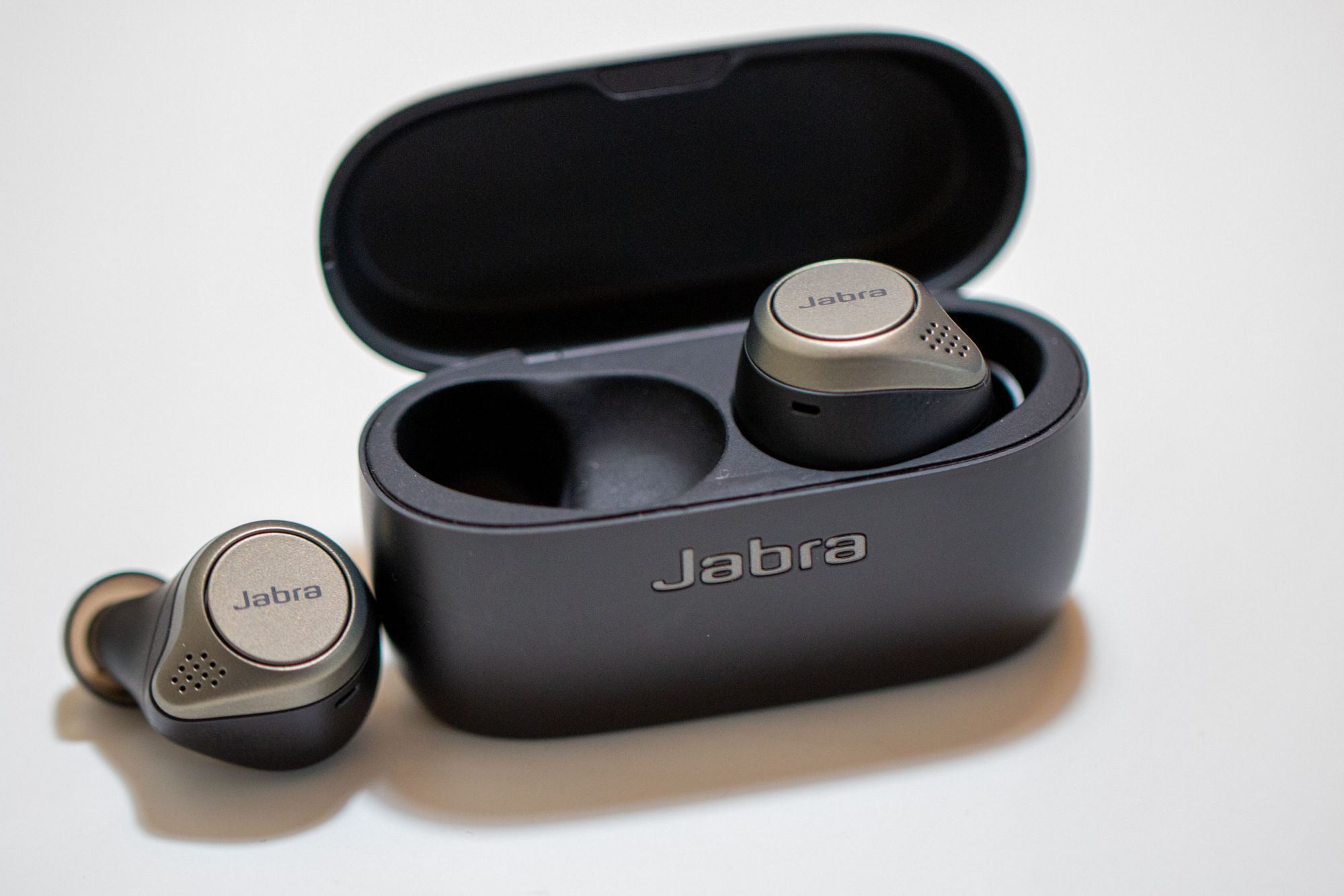 As someone who uses headphones for the majority of the day, it’s important for them to have at least solid battery life. Anything less than 4-5 hours is just not enough, but thankfully, I didn’t have to worry about that with the Elite 75t. We saw battery life ranging from 5-7 hours with ANC enabled and that time includes taking phone calls and listening to music or some YouTube videos.

Jabra really seems to have nailed it when it comes to battery life. With the included charging case, you’ll get around 24 hours of usage before needing to juice everything back up again. Add in the lightweight and compact charging case that is included, and this is perfect for those who want to pop their headphones in their pockets without worrying about running out of battery life throughout the day. 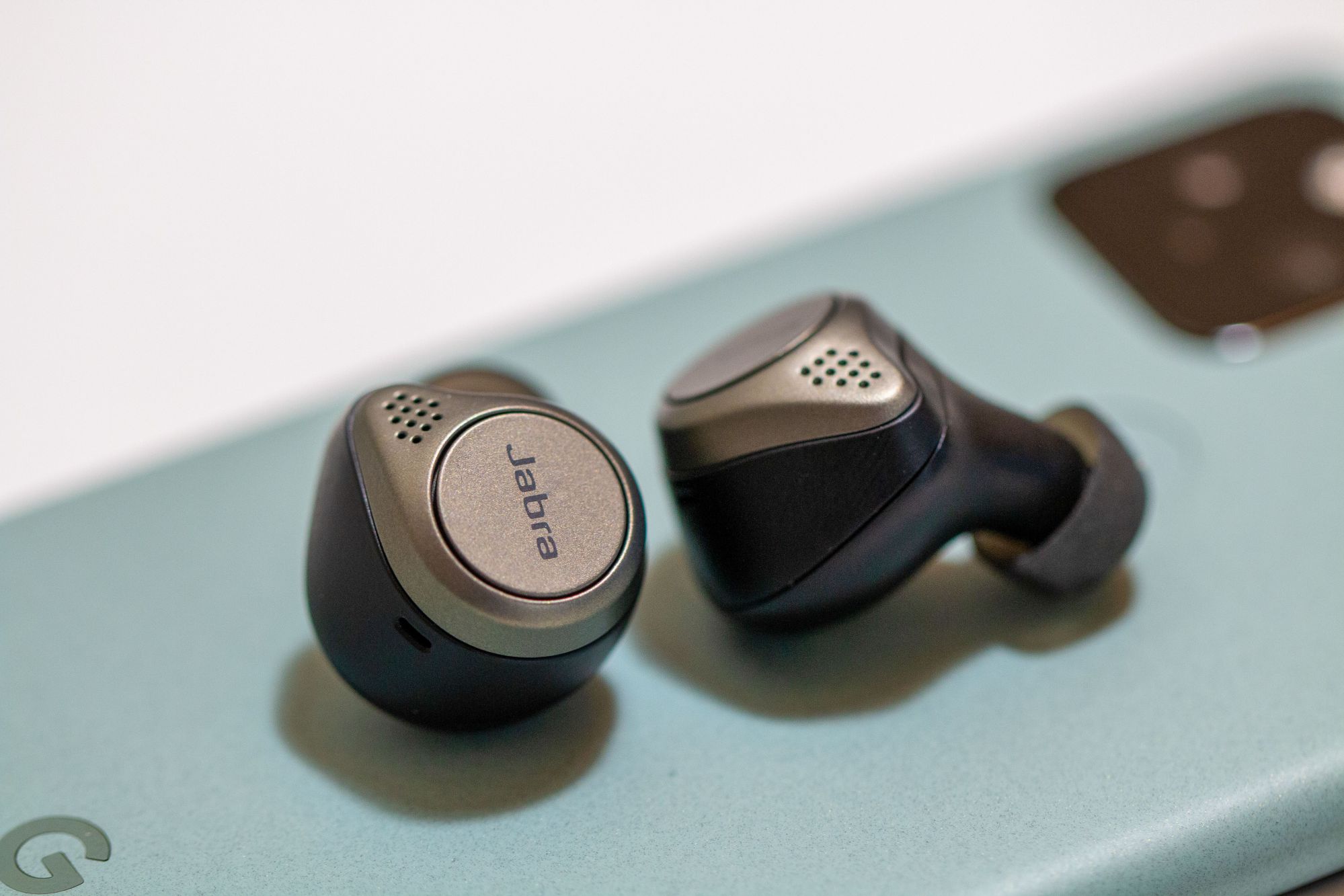 Another aspect of the Elite 75t comes down to the design. Just like the charging case, these earbuds are extremely compact, sporting just a bit longer stem to ensure that you’ll get the benefit of passive noise cancellation along with the ANC that arrived through a software update.

Perhaps our favorite thing about the Elite 75t is actually not exclusive to these headphones. But the Jabra Sound+ app makes it possible to customize the EQ levels with ease, along with creating custom “Moments” based on whether you’re working and need to focus, or if you’re on a commute. This is also where you’ll be able to toggle HearThrough mode, allowing you to keep your music playing but being able to respond to a conversation if need be. 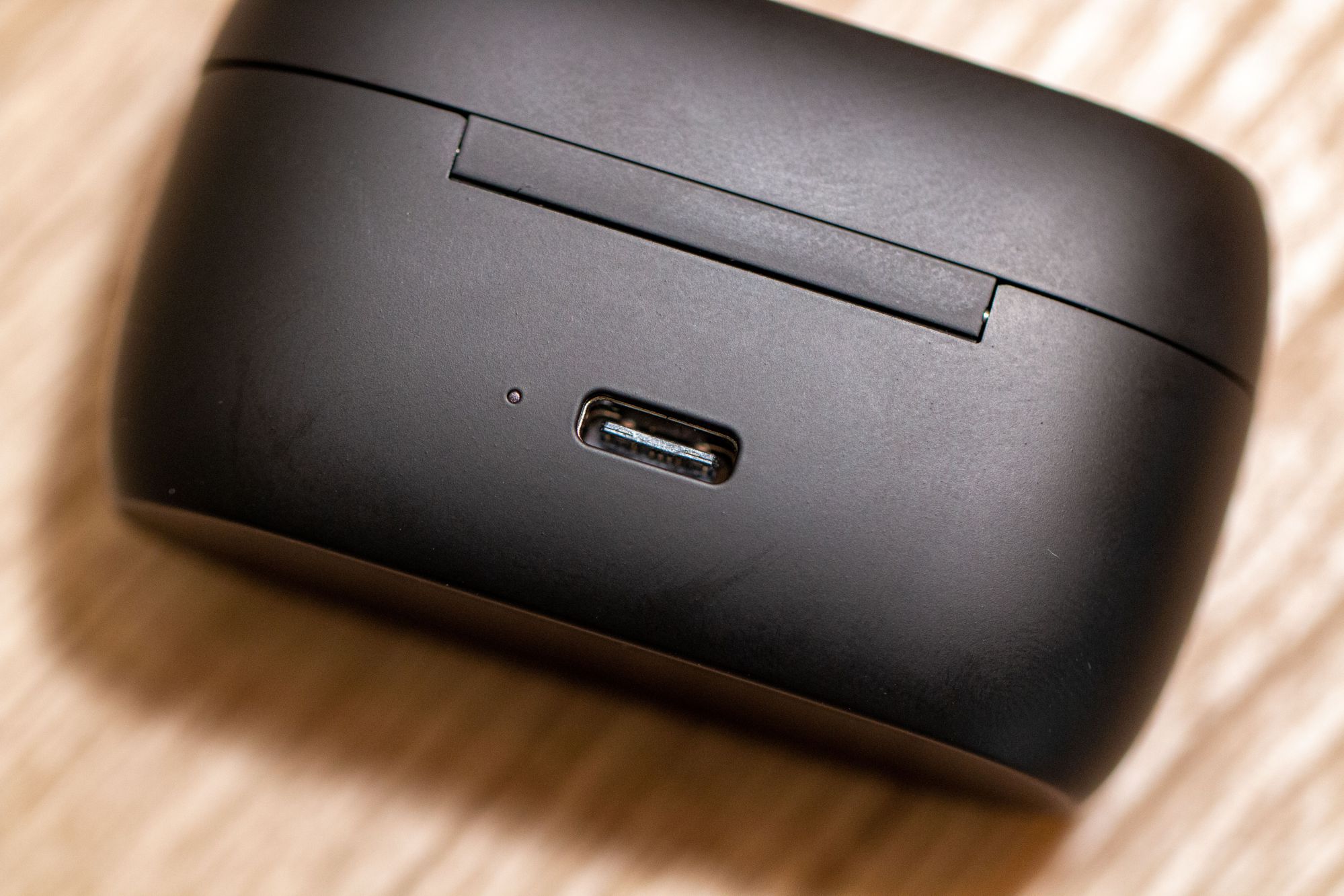 If this review was published shortly after the launch of the Elite 75t, then this would have ended up as a very different review. When the Elite 75t were originally released, you would have missed out on Active Noise Cancellation, along with wireless charging.

For a few months, Jabra maintained that it was working on a software update for the Elite 75t, and older models, that would change this. However, back in March of 2020, Jabra called it quits and stated that this would not be coming to either the Elite 75t or Elite Active 75t. Needless to say, this is a rather disappointing revelation and one that left Jabra with a bit of egg on its face.

Should you buy the Jabra Elite 75t?

Now the question that everyone has – Should you buy the Elite 75t? Well, if you don’t care about a wireless charging case, along with not being able to just use the left earbud, then absolutely. These headphones still deliver a great experience, and now that the Elite 85t are available, the 75t can be found on sale most of the time, usually for around $150.

There are definitely some compromises with the Elite 75t, but on the whole, Jabra did a fantastic job with these earbuds. If you don’t want the latest Jabra earbuds but still want a great experience, the Elite 75t are one of the best options.