As I’ve mentioned before, I’m by no means an audiophile and don’t have some elaborate setup with amps and everything to listen to my music and podcasts. But, that doesn’t stop me from loving headphones and wanting to try out just about every set that I can get my hands (and ears) on. Which brings us to the Galaxy Buds Live, which were announced alongside the Galaxy Note 20 lineup last week. This is not going to be our full review, but just my first impressions as I don’t feel that I’ve had enough time with them to formulate a complete review.

When the Buds Live first were shown off, I rolled my eyes and thought that there is no way that these would fit into my ears. It’s not that I have enormous or tiny ears, but the outline of the inner ear itself is what I was concerned with. I was also worried that the earbuds and case were going to end up being larger, due to the addition of ANC along with the interesting and bean-like design. Yes, beans. It’s what they are, and it’s awesome. Samsung even printed “Bean” on the inside of the earbuds. 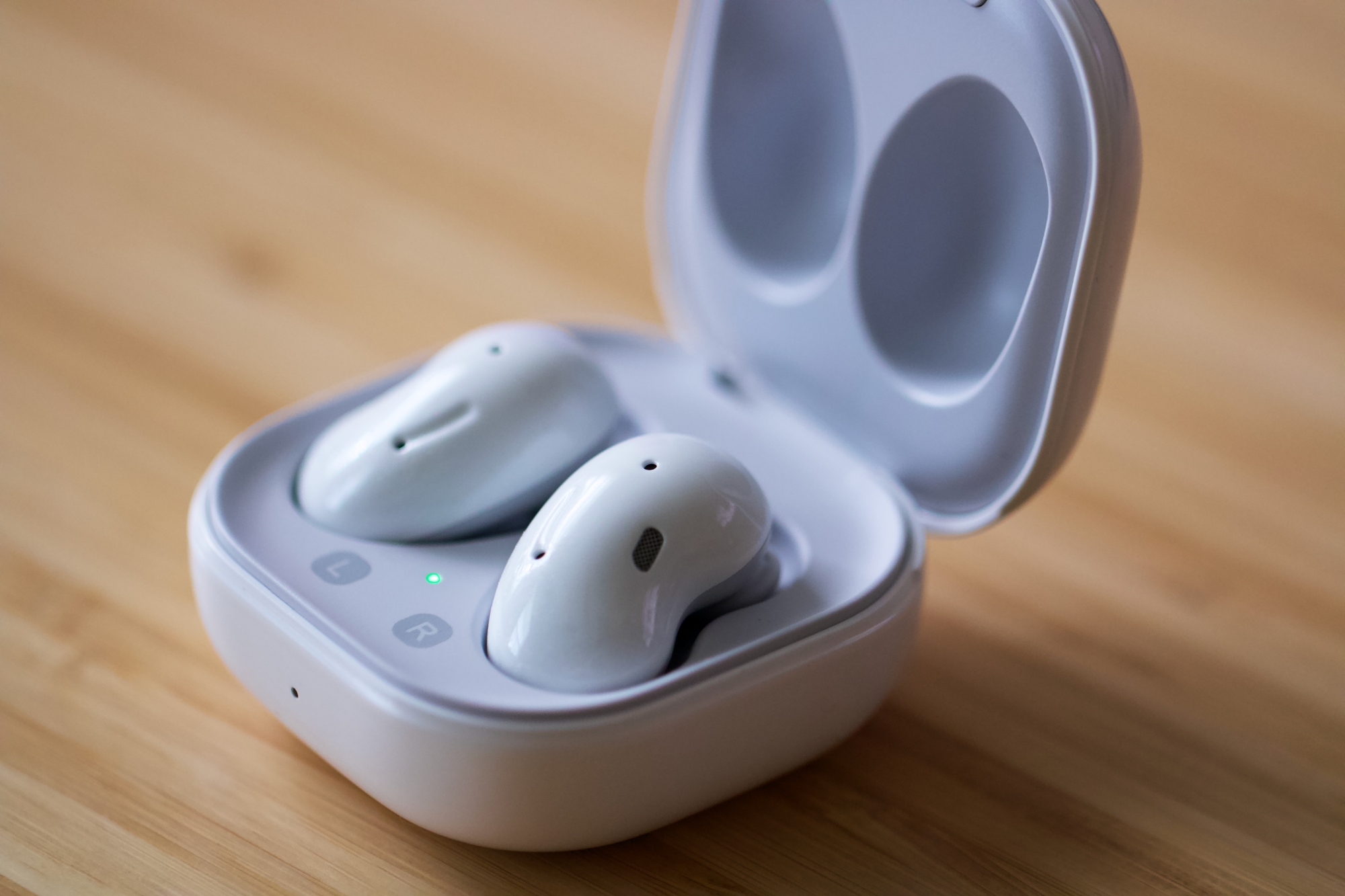 To my pleasure, I was greeted with a tiny box, with an even smaller case, and some really cute-looking earbuds. Of course, this is nothing like the earbuds that we have become accustomed to, with the stems and angled ear tips to go into your ear canal. Instead, these are designed to just nestle inside of your ear-lobe, with the earpiece facing downwards into your ear canal. 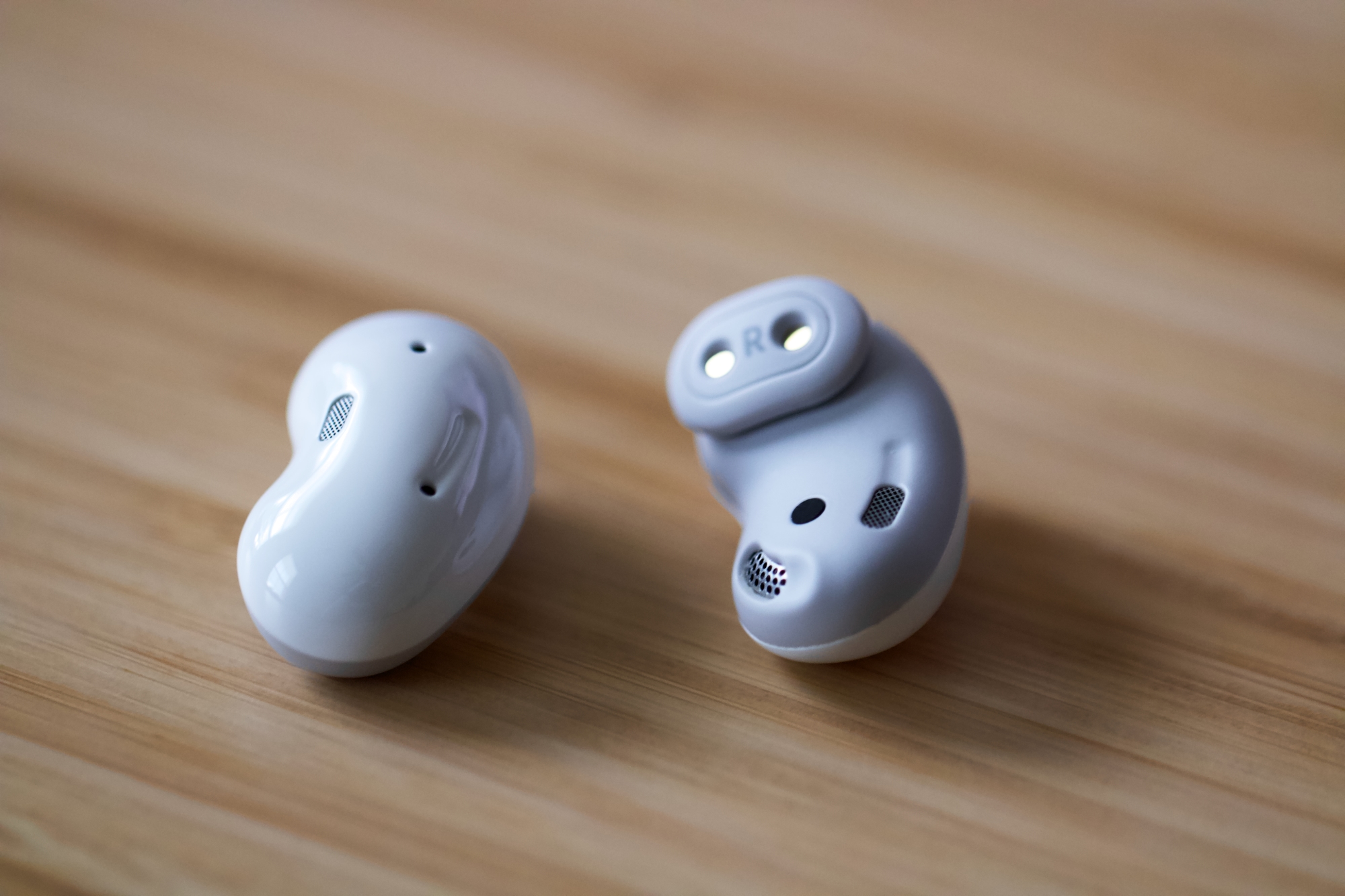 Another cause for concern that I had came with worrying if the Buds Live would actually stay in my ears. Now, I’m not a runner and I don’t go to the gym, but I do like to wear my headphones while I’m running errands or grabbing some groceries. So if the Buds Live would fall out, that would be an instant deal-breaker, regardless of how great they sounded. To my pleasure, the little ear-tip installed around the charging pins helps to keep the Buds Live in place, and there’s a large set in the box if you are having issues.

Setting them up and putting them in is pretty simple, and Samsung doesn’t have some convoluted method for updating the software, so we don’t have to worry about another Pixel Buds situation. Nope, just open up (or install) the Galaxy Wearable app, open the case, and pair your Buds Live to whatever phone you’re using. These work with both iOS and Android, along with your Mac and Windows PC. 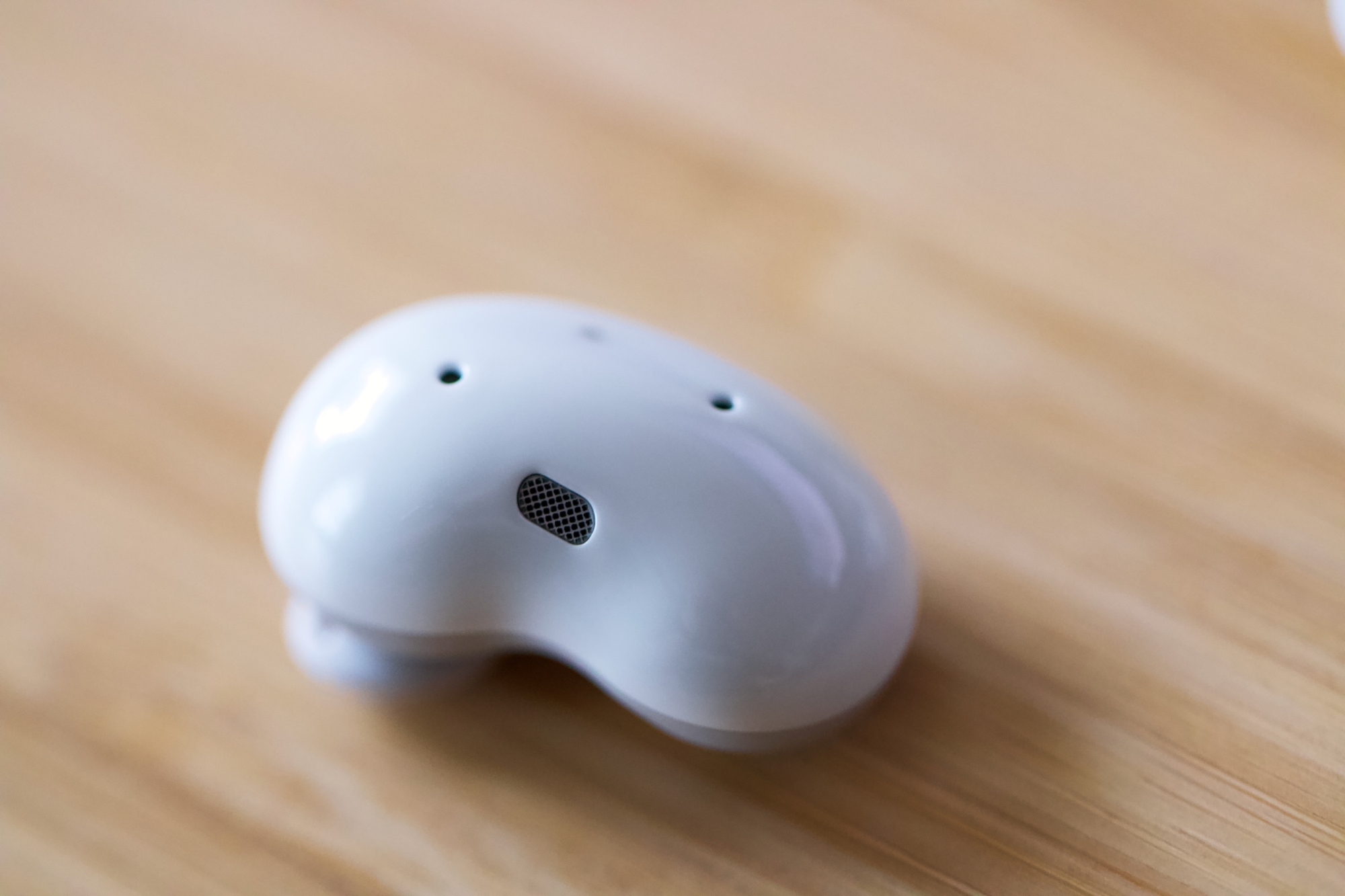 The outside of each earbud has a touchpad for gesture controls, and these gestures can be adjusted or customized from the Wearables app. You can also set which apps are able to read aloud notifications, but to my dismay, these are limited to Samsung’s Stock Apps, and can’t be used with any app, like the aforementioned Pixel Buds. There’s an equalizer right on the front page of the Buds Live settings panel, and above that is a toggle for Active Noise Cancellation.

Without revealing too much, I can definitely say that my AirPods Pro is going to continue being the champion earbuds for noise cancellation, as the Buds Live seem to just muffle the sound. This likely has everything to do with the open-ear design of the Buds Live, but at least Samsung provided ANC as an option, which is a nice touch. There are a few other nice features available in the Wearables app to assist in customizing your new headphones with your preferences.

So far, I’m enjoying my experience with the Galaxy Beans, I’m just hoping it stays that way over the next week or two while working on the full review. If you have any questions, sound off in the comments below and we’ll try to get everything covered in the review.