Google’s Nexus and earlier Pixel phones weren’t exactly known for their photography capabilities. While they did the job fine, they were clearly lacking compared to some of the competition. Then it was as if one day, overnight, that changed where Google’s newer Pixel phones started sporting some fantastic optics.

If you loved the Pixel’s camera capabilities but don’t own a Pixel phone, you’re in luck because the lead engineer who helped develop the tech, Marc Levoy, has since left Google where he is now working at Adobe where he will be developing a “Universal Adobe Camera App” for Android smartphones.

For those who don’t get what a big deal this is, basically Google managed to achieve with its single-lens Pixel smartphones back then what other handset makers were relying on, which was multiple lenses. This included software-based bokeh effects, an impressive low-light photography mode (which has since been copied by many other handset makers), and more.

Just got word that Marc Levoy, who previously led Computational Photography at Google has just joined @Adobe as a VP and fellow to work on CP initiatives, as well as a "Universal Adobe Camera App" 👀

He'll be working on the Photoshop Camera, research and sensei teams

By moving to Adobe and creating a “universal” camera app, it means that in theory, Levoy’s expertise can be applied to apps that all Android phones can use, instead of being exclusive to the Pixel lineup. Whether or not it’ll be as good as what the Pixels have achieved, or even better, remains to be seen, but it is definitely worth keeping an eye out for. 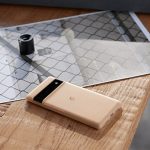 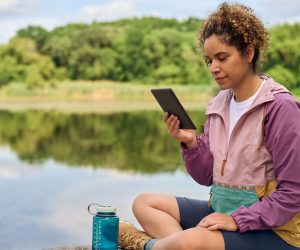 closeAmazing Amazon’s Kindle Paperwhite deal will save you $65

If you’re shopping for an e-reader, then you might be interested in checking out this amazing offer for Amazon’s Kindle Paperwhite which has been discounted by 36%, saving you as much as $65 in the process.