5 reasons you should root your Android smartphone

Last week we talked about some of the reasons why you shouldn’t root your smartphone. While those weren’t reasons designed to discourage you from rooting your phone, they are simply a precautionary tale for those who are planning to root their phones and who might need to understand some of the risks involved.

Now if you’ve read that article and if you think you can take some of the risks and live with some of the downsides to rooting, then here are five reasons why you should root your Android smartphone.

Get tools and features that can’t be found in Android

While Google has done a great job with Android over the years, where with every update they are introducing new features and tools that were previously only available to rooted handsets, there are still quite a number of tools that aren’t available to users unless they root their devices.

Some of these tools include apps such as the FK Kernel Manager which allows users better control over their phone’s hardware, such as CPU frequencies, GPU frequencies, color temperature presets for their displays, and so on. Then there are apps like Adblock Plus which works without root but will work better with root.

There are also automation tools such as Tasker which for the most part does not require root to run but will be more useful and powerful if your device has been rooted.

Google already allows users to backup their Android devices. Usually what this involves is the backing up of content like your message history, photos and videos, contacts, apps, and so on. In case that isn’t enough, rooting will allow users to use backup tools such as Titanium Backup that offers more comprehensive backup features.

This includes the ability to have multiple backups per app, the ability to backup your system settings, control which apps get backed up and what gets backed up, and also schedule weekly or monthly backups, depending on your needs.

As we had pointed out in our previous article on why you shouldn’t root your Android devices, security is one of the reasons we cited. At the same time, if you know what you’re doing and are using the right apps and ROMs, you can actually improve on the security and privacy of your phone.

LineageOS (formerly known as CyanogenMod) is such a ROM where they have a feature called Privacy Guard that gives users better control over individual apps, such as preventing certain apps from being launched at boot, running in the background, and so on.

Android device manufacturers typically only keep their products updated for two Android generations worth of updates, anything more and you might be considered lucky. That’s where rooting and the flashing of custom ROMs comes into play, where depending on the ROM that you’re using, it could be updated for three or maybe even four generations worth of Android updates.

This is largely due to the fact that development of ROMs is usually done by the community who don’t have investors to answer to and who develop for mostly out of passion. Also sometimes members of the community pick up the slack when someone else drops out. Exactly how long your device stays updated for will also largely depend on its popularity, so if you’re using a particularly obscure handset then maybe you won’t be as lucky with updates compared to a flagship from a mainstream brand.

It is ironic that while Google is responsible for developing Android, they have also made it in such a way that users can potentially download ROMs that would free the user from all of Google’s products and services completely. If you’re not a fan of how Google collects and uses your data, rooting your phone lets you download and flash a custom ROM that does not use any of Google’s products or services.

Granted this could end up being very limiting as it means no access to the Play Store or YouTube, but at the very least the option is there for those who think that they can live without Google’s products or services.

Rooting your phone these days isn’t quite as common a theme as back in the early day of Android. This is largely thanks to Google who has improved Android leaps and bounds, and also device manufacturers who have realized that their users don’t want flashy and overcomplicated UIs, which was one of the main reasons why users rooted their handsets back in the day.

Android has also gotten a lot more customizable in recent years, and the rise in the number of third-party lockscreens and launchers have also made it easier for Android users to customize their handsets without the need for root. 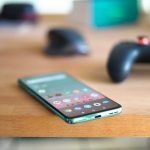 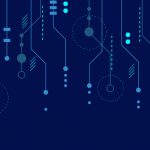 5 reasons why you shouldn’t root your A 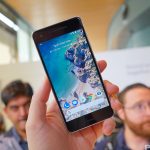 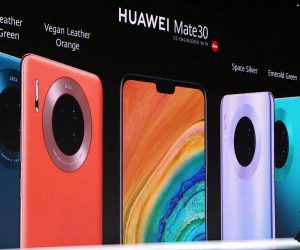