Burger King’s marketing team might have come up with the coolest idea for an ad while also simultaneously being annoying, invasive, and even one that could eventually bite them in the long run.

The company’s 15-second spot (viewable above) pokes fun at the fact that those 15 seconds aren’t long enough to communicate the goodness of a classic Whopper. To extend those 15 seconds, they leave an OK Google command at the end to trigger a false hotword activation on your phone or Google Home device. 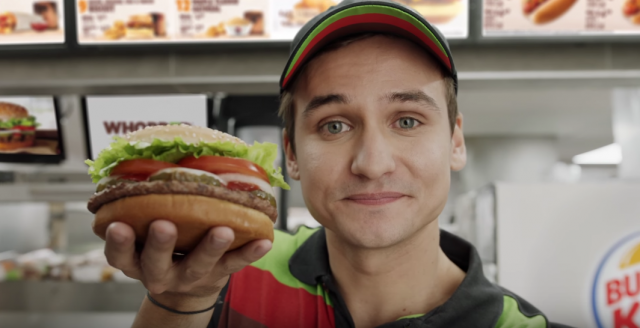 It’s a neat idea, but there are some issues that they didn’t think about.

For starters, the OK Google command only works for devices which don’t have trained hotword detection. This includes any smartphones with the training option off, as well as all Google Home devices (for now). I personally couldn’t get the ad to trigger any of my devices even after I turned off the trained detection. That’s still a lot of potential false triggers, though.

The next big issue is where Wikipedia comes in. The command leads to a Google Search entry which reads off information about the Whopper from the first line of its Wikipedia entry. Burger King’s marketing team had the wherewithal to edit the line to something more ad-friendly before airing the ad, but self-promotion editing is supposed to be against Wikipedia’s policy and this change was eventually reverted (according to today’s edit history) to reflect that.

Burger King changed the text from:

The Whopper sandwich is the signature hamburger product sold by the international fast-food restaurant chain Burger King and its Australian franchise Hungry Jack’s.

The Whopper is a burger, consisting of a flame-grilled patty made with 100 percent beef with no preservatives or fillers, topped with sliced tomatoes, onions, lettuce, pickles, ketchup, and mayonnaise, served on a sesame-seed bun

Oh, but don’t forget the trolls who can also edit pages. One such troll changed the new line to:

The Whopper is a burger, consisting of a flame-grilled patty made with 100% medium-sized child with no preservatives or fillers, topped with sliced tomatoes, onions, lettuce, cyanide, pickles, ketchup, and mayonnaise, served on a sesame-seed bun.

Wikipedia editor Er Erhardt and crew probably didn’t have a whole lot of fun cleaning this mess up.

So, it’s cool and inventive of them to give it a try, but ultimately this looks like it’ll be little more than a failed experiment (and if nothing else, at least you now know the perfect command to speak into Google if you’re just dying for quick information about the Whopper, but we have a feeling you already knew how to do that).