Tomorrow is Google’s huge Pixel event and among everything we’re expecting is an Android and Chrome love-child called Andromeda. Nothing is official, but one thing is certain: an Andromeda Box already exists and it runs the Google Brillo OS. Need proof? Here it is.

Before reading on, please understand that we’re not suggesting this is what we’ll see at tomorrow’s event. Instead, we’re wishfully digging up dots and initiating a discussion about whether or not they connect.

This is the Andromeda Box

Below are renders of the Andromeda Box Edge, Andromeda Box Gateway, and the underlying Andromeda Box hardware. The images look more like screen captures from an 80s board game cover than marketing material, but these products are geared towards engineers and developers, not consumers. 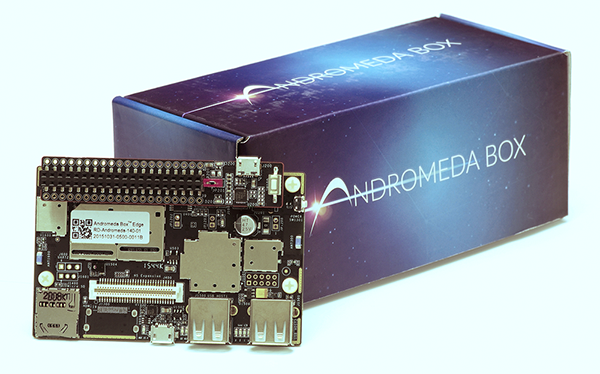 You’ll find these photos and more on AndromedaBox.org, which at first seems like a spam site, until you realized it is owned and operated by Marvell.

Made by the company powering Chromecast

The Andromeda Box was announced on November 2nd, 2015 by Marvell. The intro of the press release further explains the close relationship between this Andromeda Box, Google, Android, and the possibilities that lie ahead:

Yeah, but Andromeda is supposed to be all about the marriage of Android and Chrome, not Android and IoT, right? Then consider these two facts:

Doesn’t it seem odd that such a close partner would build a product called “Andromeda” a year ago and yet Google would hijack the name for use in their own separate initiative? Not quite. Andromeda is most likely Google’s internal code name, potentially borrowed from Marvell to signify the movement towards an Internet of Things solution that Google can finally bring to consumers.

Google is an Andromeda Box partner

Google hasn’t hid their participation in the Andromeda Box, listed directly in the partners section with a logo front and center.

At one point the Andromeda Box was actually available for sale at SolidRun for $75 bucks. The everyday consumer would find no use in such a thing, but it’s interesting to note that there are (probably) people out there who already have an Andromeda Box. We haven’t heard from any.

This is Google’s next big thing

Google has wanted to become the fabric connecting your home for what seems like forever. Way back in 2011 we were wowed by Google’s @Home initiative, but even after acquisitions of Nest and Dropcam, not much ever came from it. Here we are 5 years later, wondering what happened.

At Google IO 2015, Google announced Brillo and Weave, Android-based initiatives that were expected to revive the hopes and dreams of Android@Home. Here we are almost 1 year later, wondering what happened.

Tomorrow, Google is expected to not only announce their Pixel phones but also on the rumored list:

Given that Marvell’s “Andromeda Box” conceptually intersects with all of these, we’re wondering if Google’s rumored “Andromeda” is merely the intersection of Android & Chrome, or something much more. Could Andromeda be the one system to rule them all, where everything is seamlessly connected to everything?

Sure, Android and Chrome can enjoy their own special relationship in the world of Andromeda, but having your phone, computer, TV, garage, refrigerator, light bulbs, etc… all simultaneously interconnected without the proprietary complications of today’s IoT would be worthy of “Next Big Thing” status. Lest you think that is far-fetched, we remind you that Google’s SVP of Android thinks the event will be one of Google’s biggest announcements ever, likening it to the launch of Android itself.

It really ties the room together. How many Google products and concepts can you spot in this video?

This beautifully captures the Internet of Things promise we’ve been sold for so many years but have yet to receive. Will Google finally deliver it tomorrow in the form of Andromeda? Will Marvell and the Andromeda Box play any role? Or was this all one big coincidence tied together by wishful thinking? Let us know in the comments. 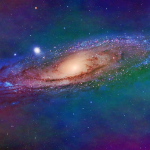 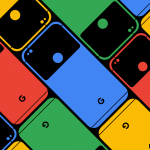 What to expect from Pixel event 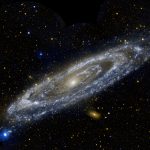