One of the best entries to date in the critically-acclaimed Tomb Raider adventure series, 2013’s Tomb Raider, is available to stream for the first time on NVIDIA Shield. If you’re the proud owner of any of NVIDIA’s SHIELD family of devices, including SHIELD Android TV, you can now experience the visually stunning and superbly crafted tale of Lara Croft with a GeForce NOW membership ($7.99/month and free for the first three months).

Tomb Raider games have waxed and waned in popularity over the years but Lara Croft’s appeal has endured and with the release of Tomb Raider in 2013, the franchise was well and truly back to its best. 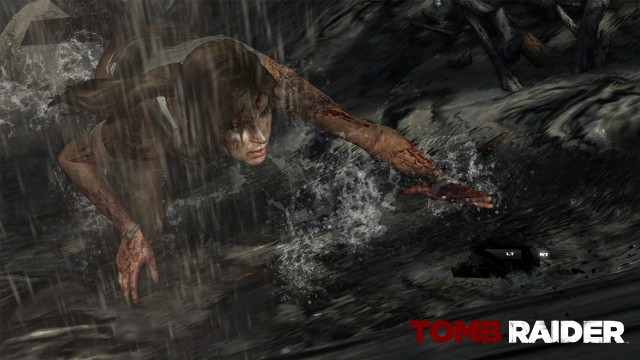 For this outing, developers Crystal Dynamics went right back to the beginning to flesh out a dramatic origins storyline revealing how events conspire to transform Lara from an inexperienced, newly qualified graduate archaeologist into the formidable adventurer we’re so familiar with from the other games in the series.

Lara Croft’s archaeological research centers on the legend of a lost island called Yamatai, which was once home to an ancient kingdom ruled over by the Queen Himiko, whose powers enabled her to control the weather. Lara believes she has pinpointed the location of the island and is commissioned by a group claiming to be descendants of the island’s inhabitants to take a party of scientists and explorers to find Yamatai.

After a terrible storm shipwrecks the party on an initially unidentified island, Lara has to relocate the rest of her team while trying to survive… no easy task as the storm swept environment seems particularly hostile.

What follows is a spectacular fusion of classic Tomb Raider adventure, puzzle solving and action. The central story mode is the main attraction thanks to some brilliant writing and cinematic moments as well as its nicely balanced gameplay.

You can, if you wish, simply go from objective to objective and push through the narrative from start to finish in a linear fashion. Along the way you will be called upon to traverse precarious environments using a combination of Lara’s natural agility and by setting up temporary ziplines.

However, you can also elect to take your time and accept various side quests, many of which task you with exploring tombs that deliver all the classic “traps ‘n’ tricks” puzzle-gaming that the franchise is so famous for. This will help you gain additional experience you can use to upgrade Lara’s abilities, as well as salvage resources to upgrade her weapons. So there’s an RPG-style progression element to the game as well.

Those weapon upgrades are vital as there’s far more than the environment to deal with, and the game’s slick combat system allows you to protect yourself from enemy assailants with ranged weapons such as bows and pistols, close combat moves and stealth kills. Sprinkle in a few Quick Time Events and you have a compelling, challenging and grittily beautiful linear adventure with Tomb Raider worth checking out on SHIELD via GeForce NOW.