Jolla can’t guarantee refunds for the 21,000 tablets they just cancelled

Jolla did a solid job bringing their crowdfunded phone to market, so there wasn’t a doubt in our mind that the tablet launch would go smoothly. That hasn’t been the case. After a series of delays, the company today announced that the project has come to a complete halt.

Jolla cited production scheduling issues as the main culprit after the company had to order another batch of displays to meet quality standards. They also had issues with their manufacturer having to suspend production due to hopping from plant to plant. The company was only ever able to ship 121 tablet.

To top it off, their round of financing was also somehow delayed, and by the time the money finally came in (December) Jolla found themselves having to use it just to survive.

Jolla says they’re able to ship about 540 more units, but that’s a small drop in the bucket compared to the 21,000 backers in total. Tablets will be shipped to backers in the order in which they contributed, so if you were one of the early ones you should still get a device.

As for everyone else, 1 of 2 things will happen:

However, it’s worth noting that half of those who belong to that second classification of people might not even get refunds. Jolla says they’ll be issuing the first half  of refunds in the 1st quarter of 2016, while the second half would have to wait for a later date within the year. What’s worse is that the second half backers aren’t even guaranteed refunds, as the process is all dependent on their financial status as they weather this storm.

And that’s why it’s always important to remember that you’re never entitled to a product you back on a crowdfunding site like Kickstarter or IndieGoGo. You’re less paying for the product, and more investing into the process that’ll bring the product to life.

They’re called backer “rewards,” after all, so you can only be rewarded if the project is successful. Of course, any company with any inkling of honor will try their hardest to refund backers regardless, but it’s never required, nor is it ever guaranteed.

It’s a shame that Jolla had to go through these troubles, but let it serve as a reminder that you should only back something you truly believe in and want to succeed, and go into it knowing the risks. Those looking for a fail-safe purchase should always opt to wait until they hit appropriate retail channels. 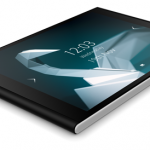