We haven’t heard much about LG’s plans for the LG G5, but it being 2016 and with that being one of the only major phones the company is planning to launch this year the details are going to come in eventually. More information about the device has come from Cnet Korea.

The outlet reportedly saw a prototype of the device in action, and even put together a render of what it looks like based on what they saw. The first thing you’ll notice is that the phone is in two different pieces. LG is said to be using a modular design that would allow people to take the bottom of the device off in order to remove and insert batteries at will. 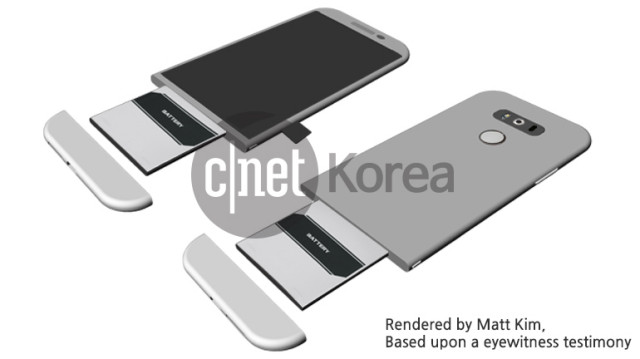 The reasoning for the design is likely due to LG’s desire to build a metal unibody device without having to sacrifice the flexibility of having a replaceable battery that their users have come to appreciate. It’s a very neat and cool idea, and if this is what LG has had to come up with to employ a metal unibody design we award them all the brownie points currently sitting in our stash.

The bottom piece of the phone does still seem to house functional connections like the microSD port and microphone, so it could be accurate to say that LG might have the first mainstream modular smartphone on the market by the time it’s out (even if its modularity isn’t as flexible as something like Project Ara).

Beyond that, the render — which matches a leak of the backplate that we saw late last year — shows that LG may be looking to return to a traditional approach for buttons. They’re on the sides of the device instead of the rear. They likely did it this way to place what appears to be a fingerprint scanner back there, a trait seen on their own Nexus 5X. We loved the rear facing buttons on the LG G4, but their return to the edges of the device shouldn’t be a huge deal breaker, especially since it means we’ll be getting a fingerprint scanner without having to deal with a physical home button.

We also get word on early specs LG will look to use, including a 5.3-inch QHD display with a V10-like ticker display, Snapdragon 820 chipset and a 16-megapixel/8-megapixel dual rear camera. Those specs match some of the details we’ve heard earlier, as well.

LG could find themselves with the best handset on the market in 2016 if they play their cards right, but we’ll have to wait for further information before we know what, exactly, they’re bringing to the table.

LG promises three years of updates for its â€

LG Rollable and V70 shown off in leaked images 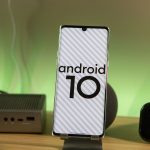 LGâ€™s exit of the smartphone market could le

more_vertSamsungâ€™s next smartphone could feature awe

A recent rumor is claiming that Samsungâ€™s next smartphone, whatever it may be, could feature camera technology that has yet to make its way to an Android device.

Amazonâ€™s Kindle Paperwhite is currently on sale where it is priced at $90 if you donâ€™t mind owning a refurbished product, but if you can save $50 in the process, why not?