Funny story, I left my DROID Turbo in the freezer overnight… [UPDATE] 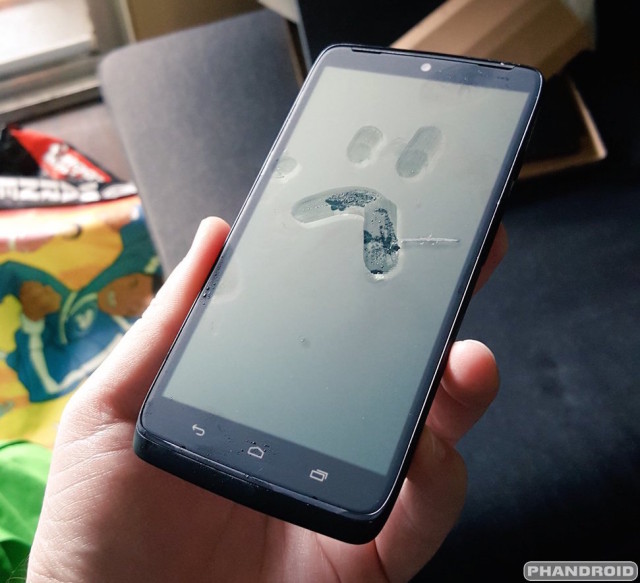 I’d like to believe I have a pretty darn good track record when it comes to my Android devices. Some have taken a few spills, but never to the point where the glass was shattered or they were completely inoperable. This is after 10+ years of countless devices ranging from the original Sidekick to my currently daily driver, the Motorola DROID Turbo.

It all started yesterday when, in an attempt at kicking up the speed on the Turbo (which has yet to receive Lollipop), I decided to change the runtime from Dalvik to ART. I know, any performance gains were probably going to negligible, but it was tough using something as blazing fast as the Samsung Galaxy S6 Edge while at home (it doesn’t have actual service), only to return to the DROID Turbo when out and about. It sounds crazy, but the difference in raw speed was noticeable.

Anyhow, when a phone is on KitKat and you switch it from the default runtime to ART, the phone will have to optimize all the apps on your device. In fact, some devices will do this each and every time you reboot with a notification that “Android is upgrading…” The DROID Turbo is one of those devices.

Yesterday, some weird app caused my phone to freeze up and a reboot was necessary. With over 300 apps to “upgrade,” my phone started getting hot. Real hot. As I was grabbing some Dino Nuggets out the freezer to prepare an afternoon snack, I decided to set my now nuclear DROID Turbo in the freezer for a quick minute thinking it’d cool things down a bit. I figured I couldn’t possibly forget where I left it as I’d run into it again when placing my bag o’ nuggets back in the freezer. Yeah… that didn’t happen. 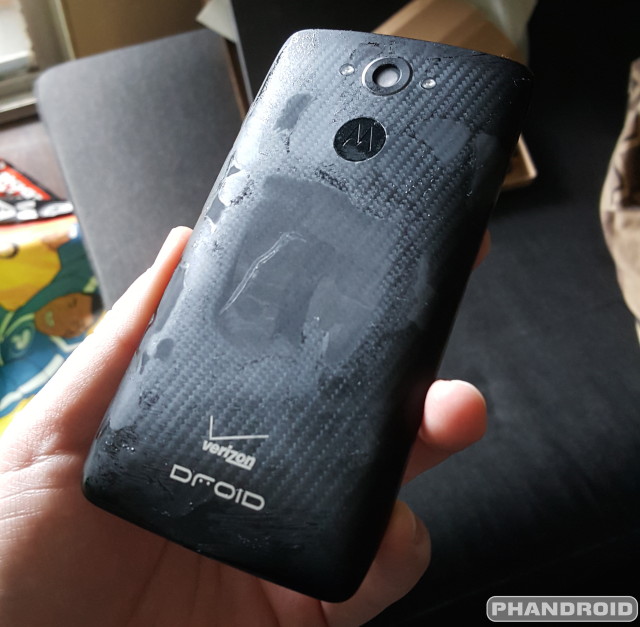 It wasn’t until the following day (today), that I began retracing my footsteps and remembered exactly where I left my phone: the mother freakin’ freezer. Upon pulling it out, the phone immediately began building up moisture — even frost — all around it. Underneath the glass, camera lens, pretty much everywhere. Not good.

As for right now, the old DROID Turbs is currently incubating inside a bowl of rice where it will remain for the foreseeable future. Just thought it was more or less a funny story, one that a few of you would get a kick out of. Have a great weekend, everyone!

UPDATE: It’s been 3 days now since the DROID Turbo has been sitting in a bowl of uncooked rice. I finally powered it on and… SUCCESS. The old rice trick worked. Now, I’m not sure if they phone will give me any problems down the line, but as it stands, it looks like it’s been fully revived. Thanks again for listening to my admittedly ridiculous story.