Latest HTC One M9+ leak shows a phone that looks like One M9 and has a 5.2-inch display 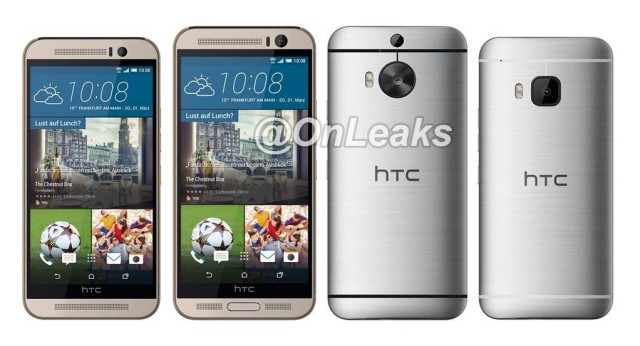 HTC didn’t unveil the HTC One M9 Plus (said to be branded as M9+ by the time it hits retail) like we were hoping and expecting them to, but that doesn’t mean it’ll simply disappear from the rumor mill. The latest information from OnLeaks reveals a couple of new details about the device.

The photo above shows a mockup of the latest prototype OnLeaks saw, and there’s some bad news: it looks like an HTC One M9, only taller and with more gizmos (with said gizmos being the home button / fingerprint scanner splitting the boomsound speakers on the front, as well as the dual camera on the rear. This design is vastly different from the original prototype as shown by @Evleaks.

The screen size of the HTC One M9+ will supposedly be just 5.2 inches, a far cry from phablet territory we were told to expect. That’s about .2 inches bigger than the current HTC One M9, so the devices should provide similar viewing experiences (though the design of the chassis could make its ergonomics differ significantly).

Even with an increased display size we’re not totally crazy about it being taller than the HTC One M9 by nearly 6 millimeters, but that is necessary to house the supposed fingerprint scanner and dual camera. We’ll have to wait to see its final design to judge whether it makes for a device that’s comfortable to hold vs one that’s needlessly long.

It’s worth noting that there has yet to be any confirmation that HTC is still planning to release this device. As it stands they’re in the very early stages and they could easily decide to scrap the launch if they feel it’s not worth it (which, if the above design is accurate, is becoming increasingly apparent that it isn’t).