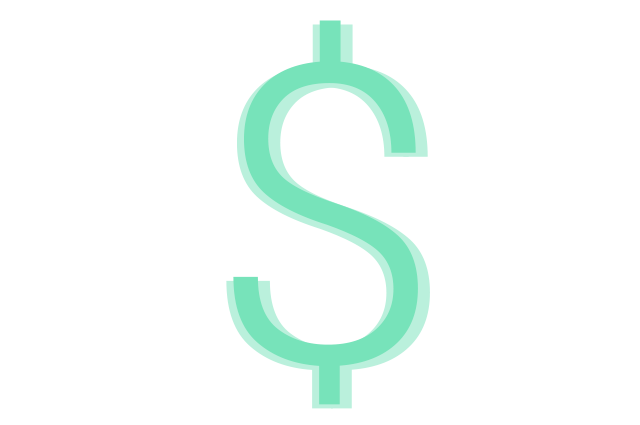 Let me tell you something about myself: I’m young, irresponsible, and check my bank account balance once every two months (if that). It’s not that I’m sitting so comfortably that I never need to check; it’s more the opposite. I live in constant paranoia about my funds and stand by the maxim “out of sight, out of mind.” Keep spending without discretion, hope that the money in my bank account will back it up.

This is a terrible way to manage one’s finances. I know this. I don’t recommend it. I’ve tried the services of several app-centric startups throughout the years in order to wrangle some savings out of my constant spending, but they all require too much work. I still get a weekly update email from Mint, a service I have not logged into for at least three years.

So when an acquaintance on Twitter said he has been letting a so-called SMS robot manage his savings for the past few months, my curiosity was instantly piqued. I know this is probably not the norm, and for good reason. Most don’t trust even living people with managing their money let alone a software robot that only communicates via text. Would you really want SmarterChild’s cousin going anywhere near your money? But, sadly, my method of handling personal finances is all too common among young people. I figured maybe it is time I throw in the towel and let an algorithm tell me how to save.

The algorithm is the genius of a new startup called Digit. And, yes, algorithm is a more appropriate description of the service than SMS robot (though not quite as catchy). It is true that Digit sends its savings updates and is managed entirely via SMS, but it all comes back to the algorithm. This algorithm scans your bank account activity — I know that makes you nervous, giving a little-known startup the keys to your Spaghettios money — and, based on the flow of funds in and out, determines how much you can afford to put away.

It’s a little amount every two or three days, typically no more than the cost of lunch, and Digit promises to never take more than $50 in one go (the smallest amount I have seen was around $5 while the highest bordered on $20). The money is siphoned off into an FDIC-insured Digit account where it can be withdrawn back to your checking account at any time. Just text your little SMS buddy and he’ll have your money on its way.

The secret sauce that Digit uses to determine how much you can save is as mysterious to me as any, but I am here to say it works. In just a few weeks of using Digit I have seen it quietly squirrel away close to $100 worth of savings. And every bit of their advertising copy was right. I barely noticed. The amounts taken never compromised my spending ability, and now I have a small but growing nest egg to hold onto for when I really need it (or in my case, to save up for some travel I plan on doing later this year). 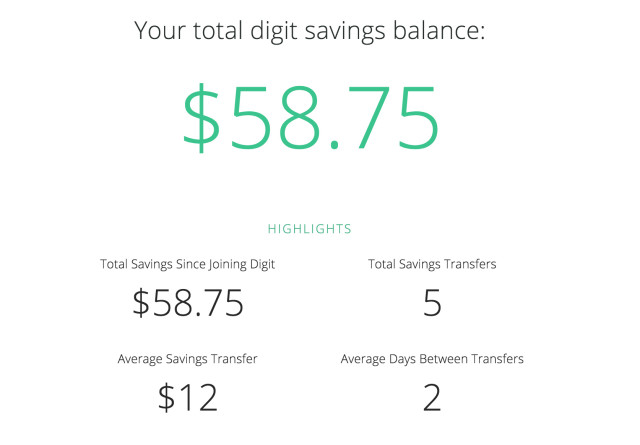 There is a catch to using Digit versus a traditional savings account. You won’t earn any interest on the money you hoard away. In fact, Digit funds its operation by collecting interest earned on your money. But there is no limit to how soon and how much you can withdraw from Digit, so if interest is your game you can very easily utilize Digit’s algorithm to save cash and then transfer said cash to a more traditional savings account. Digit’s longterm goals include offering users the ability to earn returns on savings, so it comes off as only a minor inconvenience in the interim.

Digit is especially great for those that think they can’t afford to save. The reality is everyone can and should be setting some money aside, no matter how small their income. It took an SMS robot to convince me of that fact, but now I’m all for it. 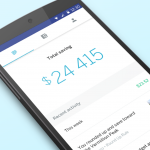