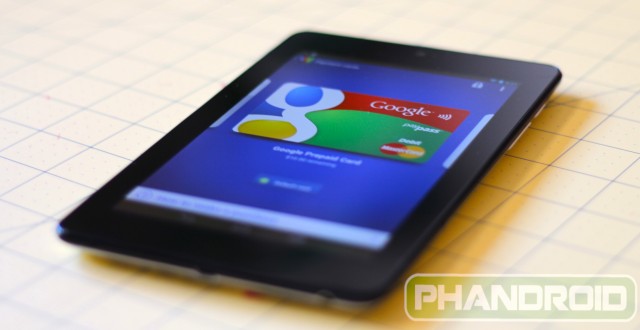 Google Wallet may not have become the most successful wireless payment solution to have spawned over the years, but Google’s desire to push it is responsible for many of our devices coming equipped with NFC. It’s funny how the circle of life works, though: new rumors suggest Google will explore Bluetooth as a vehicle for transmitting data about wireless transactions.

The Information reports Google is testing a new payment system named “Plaso.” Anyone who knows about Square Wallet will find it similar: you walk into a store and the cashier rings up your goods. Instead of swiping a credit card or having to tap your phone and authorize a payment, you simply tell the cashier the initials that the Plaso app will show.

Using Bluetooth, your credentials will automatically show up on the cashier’s device and they can confirm the transaction. Whatever payment source you have on file — likely whatever you have saved on Google Wallet — will be charged and you grab your things and go.

Specific details about the technology are scarce right now, but it sounds like there potentially won’t be a need to exchange currency or deal around with tapping, sliding and signing things. You might not even need to ever pull out your phone once you memorize whatever initials they give you (it’s not yet known whether they simply use the initials in your name or some automatically generated combination of letter or numbers).

It actually sounds like a much more convenient way of doing wireless transactions than NFC-based solutions, though we’re sure there are many obstacles to hurdle. The biggest, as with any wireless-based system, will be security, though that aspect wasn’t an issue for Square Wallet before it was shut down.

The second obstacle will be adoption, something Square wasn’t able to achieve and something Google struggled with in the early days of Google Wallet. It wasn’t until Apple Pay came along that many of the world’s popular retailers wanted in on mobile payments.

If participating retailers have to get specific equipment to support the technology then it will be an even bigger challenge for Google to overcome than their NFC-based solution was. We’ll have to hope more information will be dished out in due time, and keep our fingers crossed that Google come up with something that has potential to catch on.