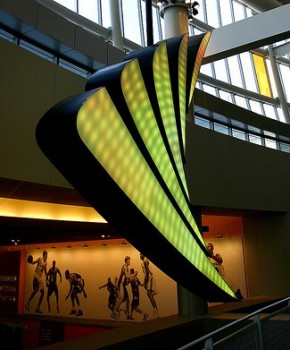 Sprint has announced their Black Friday deals for 2014. The effort by the Now Network this year is quite moderate, though if you’re in the market for a Samsung Galaxy S5 or some new audio accessories you’ll want to see what they have to offer.

For starters, the Samsung Galaxy S5 and Samsung Galaxy S5 Sport can both be had for $200 less than they typically go for. The catch? This price only applies to those who opt to buy the phone for full price through Easy Pay or Sprint’s leasing program. The former will get you the device for $0 down and 24 installments of $18.75.

The leasing program, while a tad similar in nature, has its differences. You’ll pay $20 over the course of 24 months, though you’ll receive an $8.34 “Black Friday credit” every month, effectively bringing  payments down to $11.66. And that’s about it for cellular hardware. Sprint’s also holding some pretty nice promos for those who want to get the most out of their audio experience.

The biggest deal will come with the Harman Kardon Onyx Studio, a $400 piece of kit that promises to deliver superior Bluetooth audio. You can get a massive $300 off, but not without buying something else. If you buy three or more accessories, or any JBL or Harmon-Kardon product, you can get the wireless speakers for just $99.

The cheapest product listed on their website that fits that bill goes for $60, though considering you’re getting $300 off a pretty nice set of speakers we wouldn’t complain too much (and there’s also a chance they have more to choose from inside their actual storefront).

Finally, with any purchase you make you’ll get 50% off the purchase of JBL’s Synchro Slate Headphones or Harman Kardon’s SOHO II NC earbuds for $139 and $99, respectively. Sprint was quick to note that the deals for audio accessories will only be available in-store, so you’ll want to be quick to the punch on the morning of November 27th when their doors swing open.