We’re shaking in our tube socks as we try and brave the tough wait to Google I/O, but bits and pieces of Google’s plans are slowly beginning to take form.

Yesterday we heard of a new device in the Nexus family that may be codenamed “Flounder.” Considering Google has always reserved smaller fish for their tablets we imagine this is the next Nexus tablet, which rumors suggest will be made by HTC.

More evidence of those beliefs have surfaced today, with an AOSP changelog on line 239 referencing “device/htc/flounder/”. It’s long been said that HTC would reprise their role as a Nexus manufacturer this year, and would do so with either a 7-inch or 8-inch option.

It would be the first Nexus device by the Taiwanese company since the original Nexus One, which is a bit odd considering HTC was the sole OEM to get this Android train rolling. Funnily enough, this would also be HTC’s first tablet since their first two failed attempts back in 2011.

But let’s shift focus to something else very interesting right now — a device codenamed Molly. No, probably not that Molly. More like the species of fish known as Molly. It’s referenced between lines 214 and 237 in the aforementioned changelog document, and mentions updates to set-top box related code, as well as Discretix, a top DRM solution for video platforms.

More evidence — down by lines 3664 and 3790 — mentions BeMote, Ethernet functionality, Pano and NVIDIA-related goodness. Could this be the forthcoming Android TV (aka, Google TV done the right way) we’ve all been waiting for? Let’s take a look. 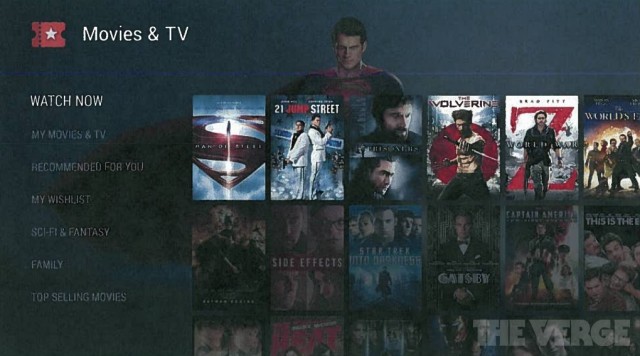 BeMote could be related to whatever remote you’ll be using with the device. The changelog makes frequent mentions to a microphone on BeMote, so it’s possible it could be equipped with voice-related features.

Pano sounds like it’ll be the name of the new TV-optimized user interface Google will put atop Android. What’s important about the references to ethernet? Ethernet functionality only makes sense on a device like a set-top box. And all the NVIDIA stuff could suggest Google’s reference device for Android TV will run on Tegra.

Of course, we’re piecing all of this together as loosely as you would stringed popcorn on a Christmas tree, so it’s possible we’re off the mark on some of it. All of this coming to light makes sense, though, as Google gears up for what should be an exciting Google I/O late next month.