Google bought a company that makes solar drones, and we’re officially freaked out

It isn’t unheard of for some of Google’s acquisitions to come with a bit of unease, but their latest one probably takes the biggest piece of cake of them all. The Mountain View company has confirmed the purchase of New Mexico-based Titan Aerospace, a company that specializes in creating high-altitude drone technology for use in… whatever.

The company is said to begin interfacing with the team working on Project Loon, which is a vision that Google hopes can bring balloon-carried high-speed WiFi transmitters and deliver widespread connectivity for the masses. The Wall Street Journal also reports that Google could work with Makani, an internal team tasked with researching and developing airborne wind-powered turbines for more efficient energy.

All of this sounds quite fine — in fact, it’s all kind of cool — but there’s one other harrowing thing Google could be looking to do with their new-found knowledge of drone technology. It’s said that the drones could likely be put to use for purposes of gathering and collecting data, likely to help improve Google’s mapping business.

Google already employs the likes of self-driving cars and camera-equipped airplanes to take snapshots of the world for use in Google Maps, but Titan’s drones could bring a flexible, modular system that does all of that and more. That “more” could including anything from atmospheric sensors for recording climate data to delivering aforementioned airborne WiFi to countries that aren’t well-equipped for hard-line access.

The drones themselves aren’t your Amazon Drone Delivery or consumer-focused Parrot AR Drone-sized pieces of equipment, either — the smallest drone Titan makes is slightly larger than a Boeing 767, which is a passenger cruiser that can seat anywhere between 181 and 375 people. Let that sink into your brain for just a second.

Of course, Google’s intentions probably aren’t as scary as our brains will make them out to be, so we’ll just have to wait and see what the culmination of all these different pieces (Google has made a strong push to acquire robotics and AI companies recently) ends up being. 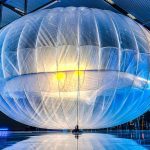 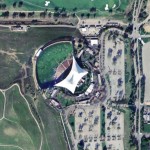 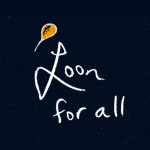 more_vertConcept renders show what Pixel Fold would look like

closeConcept renders show what the Google Pixel Fold could look like

While Google’s gearing up to launch some new Pixel Buds and presumably the Pixel 5a in a few months, our eyes are starting to look beyond that for another device release. The rumor mill is ramping up surrounding a supposed “Google Pixel Fold” that is said to be in the works.At this point, we’ve seen …

more_vertSave up to $400 on the latest Moto phones

While it seems that Motorola has decided to get out of the race for offering the best flagship smartphone, the company hasn’t given up the goose entirely. Motorola’s bread and butter over the last few years has been in the mid-range and budget game, with releases like the Moto G Power and Moto G Stylus.While …