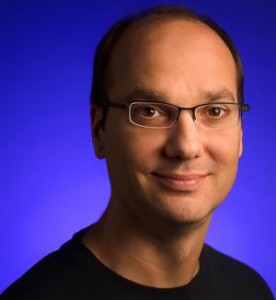 No, you didn’t read that title wrong. Andy Rubin left the Android team to make androids, but it’s not the type of Android we talk about here every day. Instead, the Godfather of Android has taken up a new ambitious project within the Google X labs researching actual robotics. The New York Times has the full account of Rubin’s whereabouts, where they detailed a half-year span of acquisitions for this very project.

The plan is to advance robotics to a stage where industrial handy work won’t have to be carried out by mere mortals. There are bound to be more than a few people opposing such a future, what with jobs already scarce due to today’s technology. Some of the companies Google snapped up for the project had a hand in creating humanoid robots in the past, the type that might resemble the scary specimens Will Smith battled in I, Robot.

But just how close are we to a future where those types of robots might be able to help folks out in the workplace? We could be as long as a decade a way, as Rubin apparently suggested this project could take that many years of research before anything actually comes to fruition.

This is a project Andy Rubin has been wanting to undertake for years, but it wasn’t until recently that Google gave him a real shot to pursue his dreams. Rubin’s career actually kicked off with a robotics engineering position for optical firm Carl Zeiss.

Since then, he has had a hand in many of today’s popular technology, including Danger (the folks behind the SideKick) and the Android platform we all know and love. Almost everything he has touched has turned to gold, and we’re hoping the same rings true with this new-old love.

Even though he admitted this was a “moonshot,” Rubin hopes he and his team can achieve great things in the years to come, even if his exact vision doesn’t sprout into a practical solution. One thing’s for sure: we’ll have our pom-poms going, cheering him on in full force.