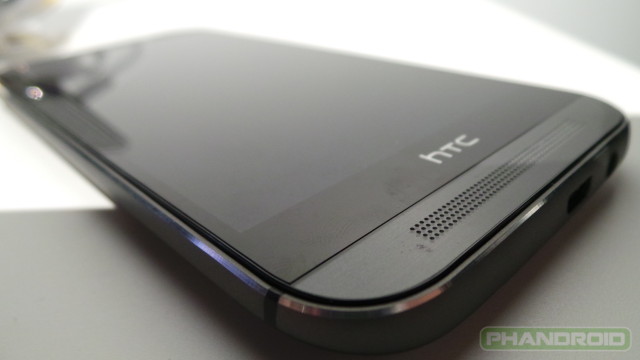 I don’t think anyone would argue with the fact that the HTC One M8 is one of the most gorgeous, borderline sexy, smartphones to date. Featuring an aluminum unibody construction, it’s clear HTC takes the design of the smartphones very seriously. Maybe that’s why for some, it was puzzling to find that — despite the One M8 adding software buttons for 2014 — the smartphone is drastically taller than last year’s model.

We’ve seen it mentioned in our comments that HTC possibly could have made the entire device smaller by simply eliminating the infamous “black bezel bar” found towards the bottom of the display. It’s a criticism that seems to have made it’s way back to Jeff Gordon, HTC’s global communications manager.

In a public tweet from his Twitter profile, Gordon addresses comments that HTC could have simply removed the black bezel, making the overall height of the device smaller by saying:

That black area with the HTC logo on M8? Underneath is a huge amount of circuitry, antennae, etc. It’s not “empty” by any means. 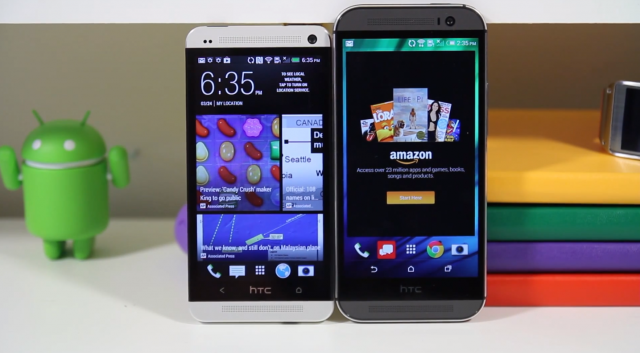 Okay, so we get it. There’s actually stuff behind the black bezel. And while we wont argue with Gordon that the phone — which has not doubt seen countless revisions by engineers and designers — couldn’t possibly have been made any smaller, is it also possible the display could have been stretched out to “cover” the area where the bezel lays? Gordon claims that by stretching the display, it would have screwed up phone’s aspect ratio. This is true.

But perhaps the real problem lays in the HTC opting for software buttons on the M8 (which we admit, are just following Android’s design guidelines). It seems that, in trying to address complaints about the original One M8’s odd 2-button layout, HTC plugged up one hole in their dyke, only to find a new one spring forth.

For some, you simply don’t get the hoopla being made over bezel-gate 2014. And that’s fine. For others, we’ve reached a point in mobile tech that all we have left is to nitpick over the fine details. What may not be a deal breaker for some, will drive someone else to the point of madness. One thing is certain — there is no perfect smartphone. When it comes to the HTC One M8, no one is saying it’s not a great smartphone. In fact, it’s possibly the best phone to date. But at least HTC knows what they need to improve for next year’s model.