Samsung pays for another celebrity selfie, this time with President Obama 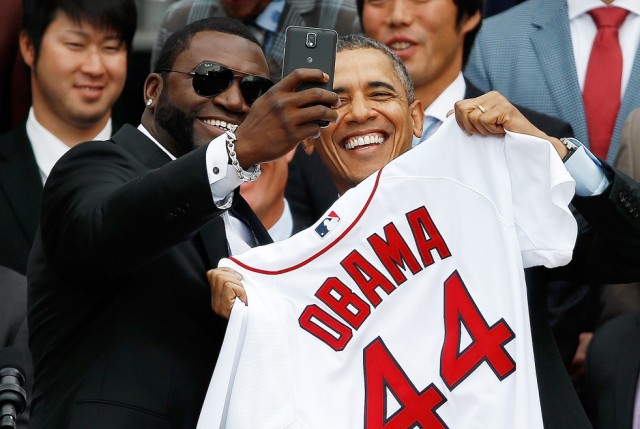 It’s not uncommon for billion dollar companies to pay top dollar for product placement in movies or music videos. Whether it’s the Sony Xperia Z2 Tablet in the new Avril Lavigne video, or the HTC One making a cameo in Captain America: The Winter Soldier — by now, we’re all used to it.

But it looks as if we’re seeing a new strategy when it comes to advertising: the selfie. Gone are the days of a famous celebrity simply getting paid to tweet about X product. Now, companies like Samsung are looking for something a little more believable, something more organic. We all remember the viral sensation that was the star studded Academy Awards “selfie.”

The phone forever immortalized in the tweet? None other than the Samsung Galaxy Note 3. And Samsung paid good money too. Upwards of $20 million to partner with the Academy and send product managers to the show and walk the daytime talk show host through the process of taking a selfie with the over sized smartphone.

Making headlines again is another celebrity selfie, this time taken by David Ortiz of the Boston Red Sox. And what appeared to be an impromptu #selfie with President Obama was once again, another clever ad by Samsung. They’re getting really good at this.

What an honor! Thanks for the #selfie, @BarackObama pic.twitter.com/y5Ww74sEID

While there’s nothing inherently wrong with the product placement, some are calling the marketing move “shady.” Because the President didn’t know he was technically the subject of yet another viral marketing campaign, some feel it could be seen as dishonest. What’s even more ironic is last month, Obama even teased Ellen over her paid selfie, calling it a “cheap stunt.” If only he knew what he was taking part in.

So the next time your favorite celebrity takes a totally rad selfie, you have to wonder if Samsung was somehow involved in its making. Still no word on how much Samsung forked over to Ortiz for the Presidential selfie.

While the Apple world waits for the Cupertino-based company to finally launch the rumored AirTags, Samsung already beat them to the punch. Alongside the Galaxy S21 family of devices, Samsung introduced the Galaxy SmartTags. These aren’t too dissimilar from accessories that you’ll find from the Tile tracker and other Bluetooth-based tracking devices.However, Samsung also shared …