Everything you need to know about the Amazon Fire TV

The original focus of Amazon’s hardware business was pushing its library of ebooks with the Kindle. That device was soon followed with the more media-centric Kindle Fire tablet series, which expanded to Amazon’s library of digital videos and music. Now the online retail giant has its sights set on a new frontier: your living room. They believe they have just the device, too. It’s called the Amazon Fire TV, and it was announced earlier today. 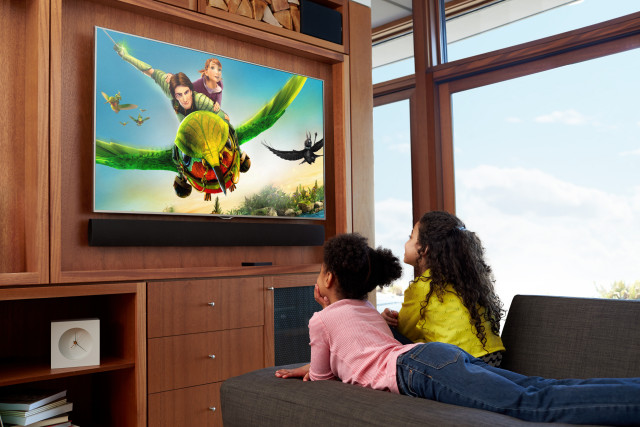 Amazon Fire TV is an internet-connected set-top box for your HD television set. The Fire TV brings together your personal media, content from Amazon partners, and Amazon’s large ecosystem of digital goods to provide an all-in-one entertainment package in one powerful little box. The setup includes the box itself and a tiny remote, its seven buttons all that are needed to navigate the simplified main menu to find content and initiate playback, which Amazon boasts will begin instantly — no buffering needed.

And it runs Android?

As with their Kindle Fire line of tablets, Amazon has once again turned to Android to power their latest hardware. Like the Kindle Fire, you can expect a completely different experience than what you have seen on other devices. The Fire TV’s heavily modified version of Android, the latest branch of Amazon’s Fire OS dubbed “Mojito,” incorporates HTML into its framework. The result is an operating system that web and Android developers both can easily port their offerings to, but don’t expect access to the Google Play Store and other associated services like Google Play Music, movies, and video.

For its size — it measures 4.5-inches squared — the Fire TV packs plenty of punch. Amazon claims the box features best-in-class processing power on top of other hardware that you might expect in a top-tier smartphone. Here’s the complete rundown:

The bottom line? The Fire TV looks capable of handling just about anything you could throw at it. Dual-band WiFi and Bluetooth make for plenty of wireless connectivity options, though Amazon has gone the extra mile and included some nice hardwired options, including optical audio for those looking to connect the box to their home theater systems. 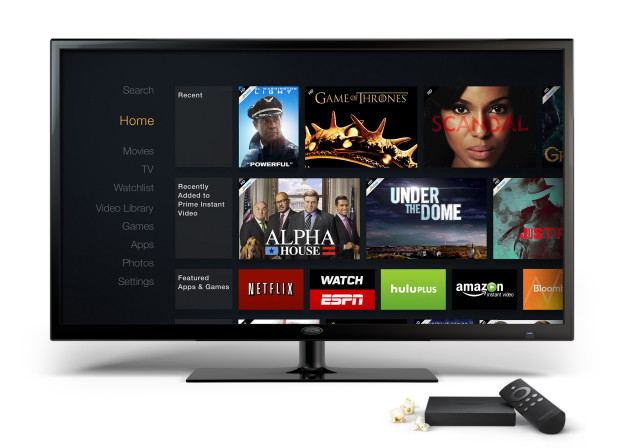 Here is where Amazon has a chance to dominate. Not only does the Fire TV leverage Amazon’s existing content library, which includes 200,000 movies and TV shows and millions of songs, but a number of launch partners will also bring popular streaming services like Netflix and Hulu to the box out of the gate. A small selection include:

Even better, users will be able to enjoy their own content on the Amazon Fire TV with apps like Plex or by uploading photos and videos direct to Amazon’s Cloud Drive.

Does it play games?

Does it play games? Of course it plays games! At launch over 100 games are available, including a version of Minecraft built specifically for Fire TV (this ain’t no port). Other titles include Telltale’s The Walking Dead, Riptide 2, and Asphalt 8: Airborne. 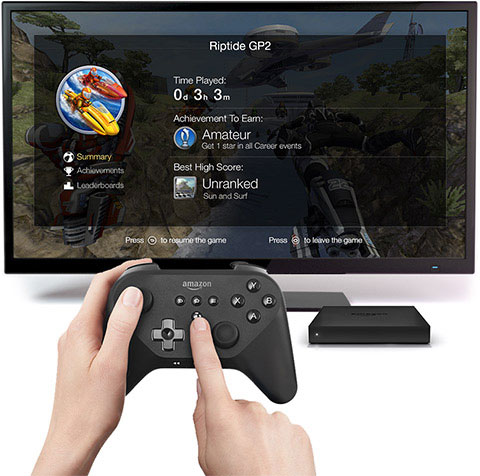 What’s more, not only does the Amazon Fire TV play games, but a dedicated controller peripheral is also available. Priced at $40, the controller features a full compliment of buttons and joysticks perfect for 3D gaming. It is a likely must-have for anyone that plans to get their dollar’s worth out of gaming on the Fire TV.

How does it compare to Google TV? Apple TV? 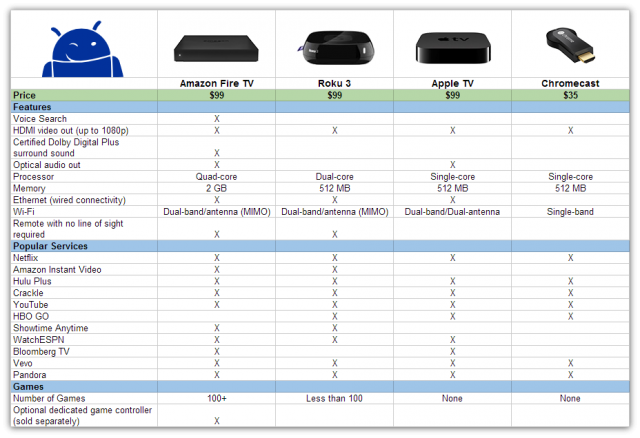 So the million dollar question: is Amazon Fire TV a better buy than a current Google TV box? What about Apple TV? In terms of pure hardware power, the Fire TV excels in this area. New Google TV boxes are few and far between, and the ones on the market feature considerably older hardware. Likewise, the Apple TV hasn’t seen a major update in quite some time. The closest competitor is perhaps Roku, but even its latest iteration lags behind in terms of processing power and on-board RAM.

But content is king, they say, and the Fire TV holds its own in this department as well. It features more options in the streaming department than the likes of Apple TV and even surpasses Chromecast when it comes to certain services (including Amazon Instant Video).

And games? Forget about it on Apple TV and any Google counterpart. Roku does offer some options in this department, but their selection of titles is rather sparse.

So when can I get it?

Right now. Amazon had the Fire TV up for sale only minutes after its announcement so you won’t have to spend weeks impatiently waiting for the thing. If you want it, you can have it.

And how much does it cost?

$99. The price is on par with the competition, matching Apple TV and the Roku 3. It’s not Chromecast cheap, but that’s a pretty unfair comparison, anyway. The Amazon Fire TV does streaming and so much more.

Still have a burning question about the Fire TV? Head on over to Android Forums and see if the likeminded individuals gathered there can’t help you out with an answer. At the very least, leave us a comment below and let us know what you think of Amazon’s latest bit of hardware. 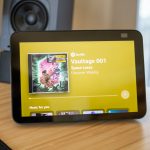