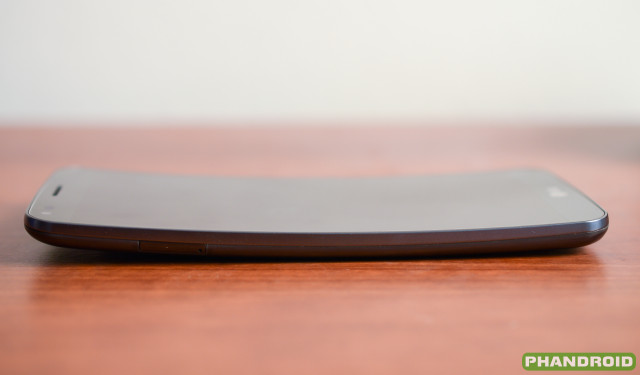 LG was one of the first manufacturers to release a device with a flexible display, followed by years of rumors of such screens coming to the market. Is there a market for such novelty? Would it be of any help? The LG G Flex is here to prove itself, and we have been putting it to the test for you.

The LG G Flex is one of the first of its kind, meaning it will not be perfect. But it seems like it doesn’t need to be. In a world where specs, awesome displays and amazing performance is very usual in a smartphone, people get more excited by devices that “stand out”.

At MWC, LG had the LG G Pro 2, for example. This happens to be pretty much the most powerful and awesome smartphone out there, but most people gave the G Flex much more attention. Other reporters said it was “much more unique and innovative.”

Yes, the LG G Flex is different. It is innovative. And dare I say, it’s pretty darn cool – but is it worth your money? Is it better to go with another smartphone at this point? Stick around for our full review to find out!

Ok, so let’s cut through the chase. How is that flexible display working out for me? Well… it’s not the best, to say the least. Not only is the 6-inch screen pushed back by its 720p resolution (which is a big deal on such a large display), but it is also affected by other issues.

We have heard of bumpy displays caused by the device’s flexibility, for example. I haven’t been able to notice anything like this on my test device, but I have noticed other problems. There is an obvious ghosting issue, for example.

This display is ALWAYS ghosting. Ghosting, for those who don’t know, is also known as screen burn-in. It’s when you can see previous images displayed on the phone, even after your current image has changed. 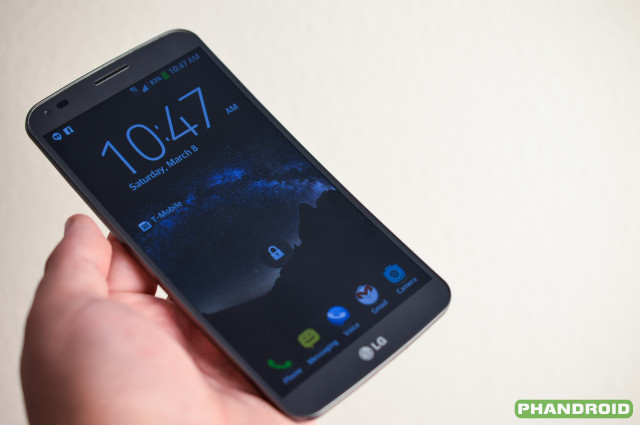 For some reason this display burns in very quickly. Most times, all it takes is to pull down the notification area to see the time, Google Search bar and other elements stay around. These disappear after a few seconds, but it’s annoying, nonetheless.

I have also found the LG G Flex’s display to be inferior for daylight viewing. I am not sure if it’s because of the nature of the flexible display, or what, but there is this weird glow/reflection this screen gets when hit by direct sunlight. This is something I have never seen before. It’s like a golden brown reflection.

Aside from those issues, and when indoors, though, the screen is ok. Colors are nicely saturated and the blacks are really black, like one would exprect from an OLED display.

In short: the display is not the LG G Flex’s strength. Even if it’s curved design is very unique and innovative.

I know I was a bit harsh on the display, but that doesn’t mean the phone is horrible. In fact, it’s a pretty darn good device – and design/build quality is where it will stand out the most. This phone is unique and will turn many heads! 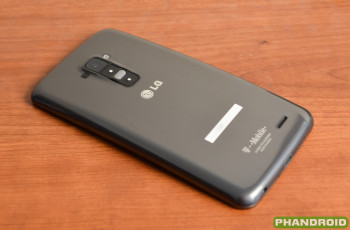 Not only is it one hell of a big smartphone, it is a completely different smartphone. People see it and scratch their heads, not knowing if what you are holding is even real. Everything about the phone is just off! Curved display? 6-inch screen? Buttons in the back?!

If what you want is a uniquely-designed device, there is nothing more original than the LG G Flex. It will be different from anything else out there, and I must say it is good-looking! In fact, I believe people will mind its size more than they will mind it’s curved design and back buttons.

In a nutshell, it looks much like a bent and stretched LG G2. It’s not exactly built like one too, though. The LG G Flex does feel more plasticky and not as solidly-built as the G2. But the LG G Flex is much more resistant, which you will love if you are hard on your smartphone.

LG built this phone to be one of the most resistant out there. IT is no IP-67 certified device, but it can handle its own when taking life’s hits. To start off, the device is flexible to a certain extent.

We wouldn’t recommend intentionally putting it to the test, but you can place it face down and push the phone to a completely flat state. The device will go back to its curved state as soon as you let go and it will work as expected. This would be great for those who usually sit on their phones, for example.

On the back of the phone is another hidden aesthetic treasure. This phone will never suffer from scratches on its back! The device’s back cover is made of a self-healing material that can literally regenerate when scratched. It’s some Terminator stuff, right there!

Now don’t go stabbing the phone either. This material can usually handle superficial scratches, not very deep ones. I have tested it with key and coin scratches, and works great. After all, these scratches are usually what really affect a phone’s look, anyways.

Now, you will not be disappointed in this area. If what you are looking for is a fast, well-performing phone, you can’t go wrong with the LG G Flex. Sporting a Qualcomm Snapdragon 800, 2 GB of RAM and LG UI, this phone is up there with the LG G2.

Though the specs are very similar and the G Flex’s resolution is lower, I do see lower performance compared to the G2. Not sure what may be causing this, but the LG G Flex is one powerful and fast phone, anyways. 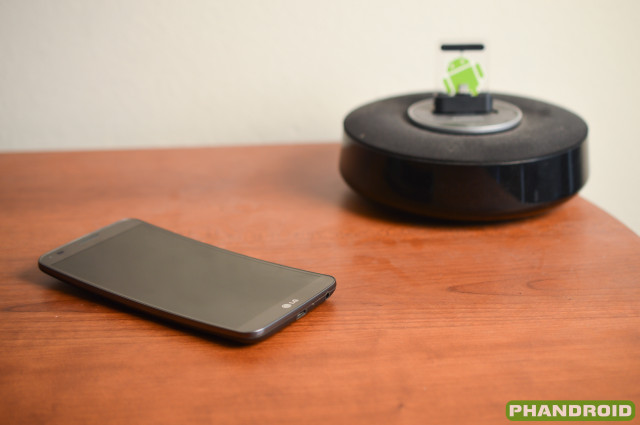 It can handle any app or game you throw at it, and I never saw it lag or stutter.

LG is doing great at bringing all its awesome features to all their devices. In these terms, the LG G Flex is getting the whole LG treatment. We have Kock On, soon it will get Knock Code, there’s the infrared antenna with Quick Mote, QSlide, QuickMemo, Wireless Storage, NFC and more.

This phone doesn’t ask anything from any of the big guys. It is full-featured and will keep you happy if you like LG’s user interface. Now this is a matter of preference. You can see more about the UI in the LG G2 review, which pretty much sports the same software.

This phone’s camera is pretty good, but it is not really up to bar with the best smartphone cameras out there. Its 13 MP sensor makes for pretty large images and fair quality.

Low-light performance is also pretty average. The camera can take images in the dark pretty well, but they will come out pretty grainy and without great color accuracy. This is what you can expect with low ISO shots in smartphone cameras, though. Images also come out a bit blurry when indoor, though. Unless the lights are very bright.

In daylight, the camera works very well – that’s where the camera shines. Colors are bright and images are crisp. I actually love the camera in this phone for daylight photos.

On the other hand, this is not your phone if you want a selfie machine. The front facing camera is simply not the best. Images come out blurry 1 out of 3 times and the resolution is not great. It does have a 2.1 MP front-facing camera, but I have seen lower-megapixel cameras perform better.

By the way, it does record UHD video! (3840x2160p). Enough talking, though. Let the images and test video speak for themselves. 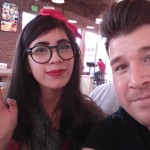 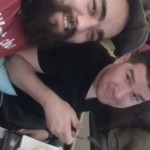 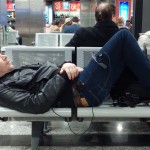 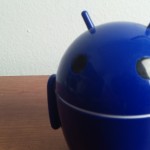 The LG G2 set a standard when it comes to battery life. LG’s premium device could go for over 2 days on light usage and over a day of average-to-heavy usage. This type of battery life performance is something we have come to expect from LG, and with the G Flex they have done it again.

Like with the LG G2, it is nearly impossible to make this phone die in under 24 hours. With normal usage, I could not get this phone to die in under 30 hours! Yes, even when using the phone for a movie, some gaming and other hardware-intensive activities. 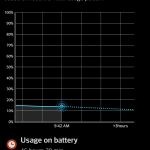 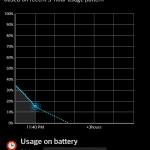 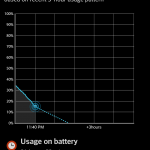 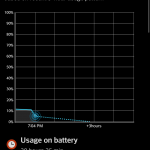 Long story short, you will be pleased with this phone’s battery life. It is among the best out there, in terms of battery life. Its 3,500 mAh battery really do it justice (3,400 mAh for the T-Mobile version).

Should you buy the LG G Flex?

The LG G Flex is one hell of a device. It is unique, powerful, good-looking (subjective topic) and has stunning battery life. But is it worth your hard-earned cash? 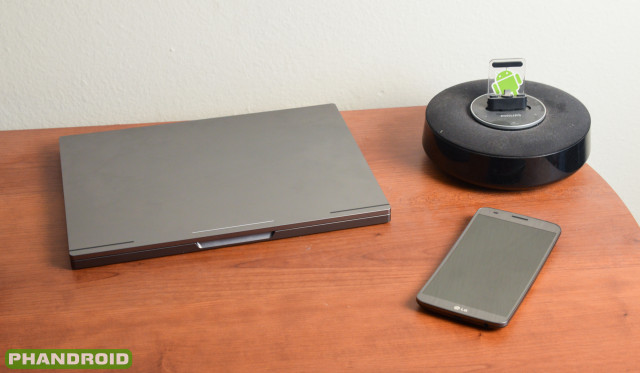 One thing we must consider is that this phone is priced parallel to top-of-the-line smartphones. It costs $600-$695 off-contract from US carriers, and $250-$300 on-contract. IT is far from being affordable. In fact, it just may be one of the most expensive smartphones out there.

Though I like the LG G Flex, I believe you can get better options at said price point. Ones that offer all the advantaged of the LG G Flex, without all its shortcomings (display being the biggest of them).

Some of you may love the LG’s design and unique features, though. If you highly value battery life and design, you could be very happy with the LG G Flex.