A Yahoo stock-holder invested his time at the annual stock holder meeting to address the company’s CEO (and former Google Executive) Marissa Mayer, with the following words: “I’m Greek and I’m a dirty old man and you look attractive, Marissa.”

I got that awkward sense of onlooker embarrassment when watching, followed by a general disdain for humanity when hearing the crowd collectively laugh. Watch it for yourself:

This is a polarizing topic: it’s all about context and opinions will vary. There will be feminists who watch this with complete disgust. There will be the macho types that tell you to lighten up, take a joke, and grow a pair. The reality is probably somewhere in between, but I think we ought to take a closer look at reality.

Business is more difficult for women than it is for men. Not because men are smarter, or tougher, or better at negotiating, but because the business world treats women differently. And by differently, I mean unfairly.

It was great to see a woman – Mary Barra – become the first female CEO of General Motors this year. Some found it especially wonderful given the male-centric nature of the auto-industry. But for those that didn’t read the fine print: Barra was only offered half of her male predecessors salary.

Let’s not pretend this is a qualifications issue either: “[Barra] has worked at GM for 33 years and has experience with positions in manufacturing, engineering and senior management. She began her GM career a co-op student in the Pontiac Motor Division in 1980 and gradually worked her way up the corporate ladder.

Of course there are two sides to every story, but the story itself is all too common. You can find this story repeating itself throughout the business world every day, in every corner of the country. Less than 5% of Fortune 1000 companies have female CEOs (as of Jan. 2013). President Obama addressed this divide in his 2014 State of the Union, noting just how unfair the male/female wage divide remains on an aggregate level: 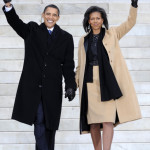 Today, women make up about half our workforce.  But they still make 77 cents for every dollar a man earns.  That is wrong, and in 2014, it’s an embarrassment. A woman deserves equal pay for equal work.  She deserves to have a baby without sacrificing her job.

Don’t even get me started on the maternity thing, with CEOs like AOL’s Tim Armstrong using mothers and their “distressed babies” as scapegoats to cut employee benefits.

There is plenty of blame to go around… and bloggers, including myself, aren’t exempt from the scrutiny. At events like CES, female sexuality is used as a prop to sell tech products to a mostly male audience – you may know them as booth babes – and by extension people associate and generalize this participation as an applied gender role- to be the attractive women holding our gadgets.

Nevermind (for the moment) how it may alienate some really smart female tech bloggers. Let’s just suppose these female product representatives are all tastefully dressed. Call it smart marketing if you want: knowing your target audience and using tools at your disposal to attract their attention.

Fine. That boat floats and I’ll jump in. Heck, I admit, I even shamelessly jump into sinking boats at times. But there is no fine line here.

Marissa Mayer is not a “booth babe” and in no alternate reality is this acceptable.

You can blame it away on one crazy dude, who in turn blames it away on his nationality and perversion, but there is more to it. This isn’t an isolated incident. There are business owners, managers, and entrepreneurs across the world who think this very same way. Some are more vocal than others, but it’s the reason for Barra’s salary, Obama’s statements, and Cook’s accusations. It’s the reason men dominate executive positions and the reason women make less than men across the board.

The comment wasn’t funny. To laugh at the comment is even less funny. There are circumstances under which it may have been funny… and you can arrive at those circumstances by pretty much inverting every detail.

That’s only half of the closer look at reality: the other is of the “half full” variety. So I leave you with a quick list of some amazingly successful women in mobile tech who are accomplishing great things, hopefully to serve as a reminder: women aren’t subordinates in tech or equals in tech. Women aren’t superiors in tech either. Women are individuals, so treat each one with the respect they’ve earned. 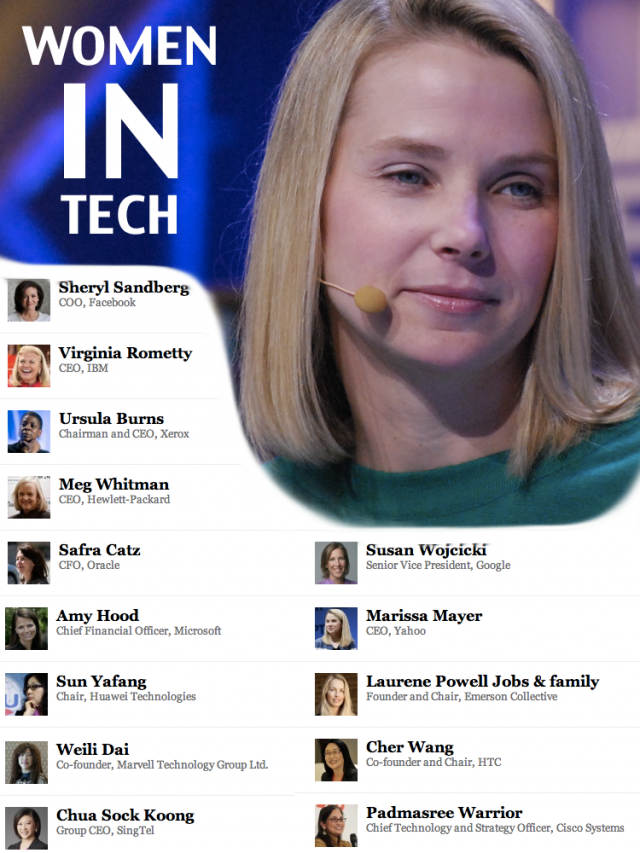 For the record: Marissa Mayer was the 1st female engineer at Google and 20th employee overall. Since 1999 Mayer held positions ranging from engineer and designer to product manager and executive, playing a pivotal role in some of Google’s key properties. Now the CEO of Yahoo, Mayer is reigning over a period of strong stock growth.

For bios and more information on the above women, along with other powerful women in business, check out Forbe’s Top 100 list.