Where did Flappy Bird go?

The meteoric rise of the game Flappy Bird has eerily played out like the game itself: with a quick and abrupt ending that left Flappy Bird crashing into the ground. The game enjoyed a sudden spike of interest so large that it was generating $50k in revenue each day despite limited advertising.

But now the game is gone. And probably for good. (Formerly located here) 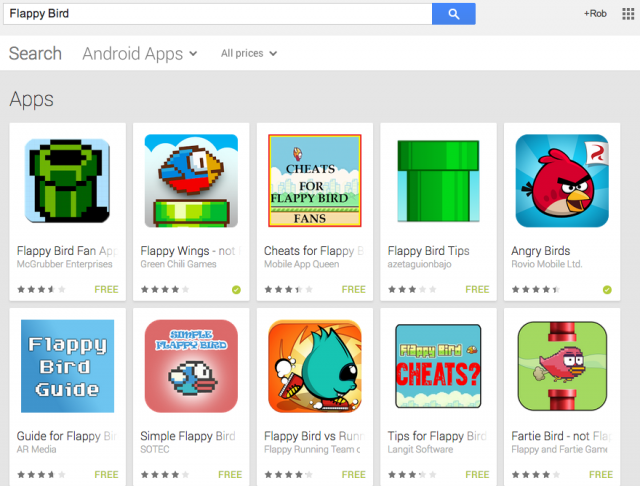 The app’s creator could not take the attention that his game’s success brought, and in a very Chris Crockerish moment, had a Twitter meltdown pronouncing the game’s upcoming removal (“Leave Flappy Bird alooone!”). He’s made good on that promise… the game is now gone from the Google Play Store. 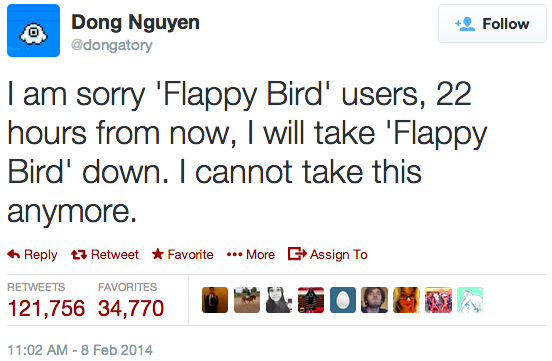 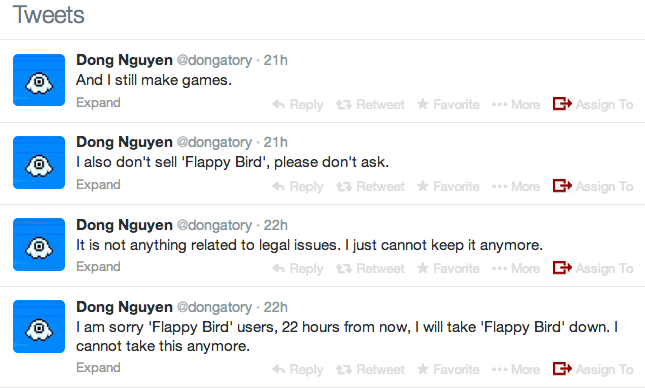 With the game gone from the Google Play Store, the small list of people who missed out on the game will be wondering where to download Flappy Bird considering its official absence. We assume an unofficial .apk will pop up on forums and elsewhere, and there are already some shameless copycat games hoping to fill the void.

However, our recommendation is much different: just forget Flappy Bird exists. It’s a tale we’ll remember for years, but the clamor and hubbub have peaked, it’s really not worth all this noise. And for that, maybe the game’s author is smarter than we think. After all, even after removing it form the Google Play Store, he’ll be raking in the revenue every time someone opens up the game to play.

For the record, my high score is a miserable 19. If you’ll excuse me, I’ve got to get going, the weekend is almost over and I swore on my life I would reach 20.

Update: It appears you can still download Flappy Bird for Windows Phone