Flappy Bird is arguably one of the worst games ever created. Not because it isn’t good mind you, but because it’s so frustratingly hard, its millions of players wonder why they keep coming back for another round of punishment. Available on both Android and iOS, Flappy Bird became an overnight success, soaring to the top of the charts from little more than word of mouth, and becoming an inspiration to indie devs everywhere.

Apparently, its creator — Dong Nguyen — didn’t welcome the new found fame, taking to his Twitter asking for some time to reflect:

Press people are overrating the success of my games. It is something I never want. Please give me peace.

Something he never wanted? An interesting statement considering the developer currently has 2 other titles hovering the App Store’s top 10, with Flappy Bird’s in-app ads raking in close to $50,000 a day. Yes, folks. That’s more than most of us make in a year.

So, what was Dong Nguyen’s formula for success? Simply spending a few hours a night, building a game we’ve played before, 8-bit graphics we’ve seen before, and Mario Bros-inspired visuals that are anything but original. It’s so crazy to think that Flappy Bird actually launched more than 8 months ago, but only recently gained over 50 million downloads.

So where does Flappy Bird go from here? Well, in his interview with The Verge, Nguyen mentions he wont be attempting to further monetize the game with in-app purchases, or even an ad-free version. He feels like messing with it now could cause the game to lose some of its magic. Instead, he’s toying around with the idea of a sequel. Some people just want to see the world burn… 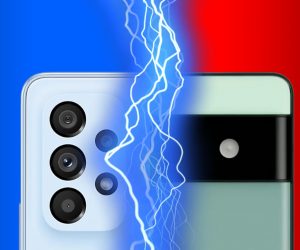