Motorola wants to bring out a $50 smartphone

Motorola has undergone one of the fastest identity transformations we’ve ever seen in a mobile company — perhaps even faster than T-Mobile under new CEO John Legere. Since the moment they were acquired by Google, Motorola Mobility worked quickly to push through their final research and development pipelines and obligations and move on to becoming a simpler company. 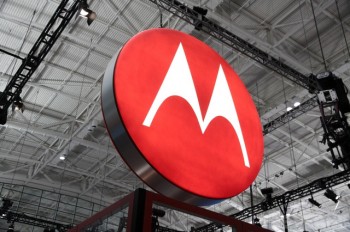 The Moto X and Verizon’s DROID lines were the first products of said transformation. While the solid hardware, and simple — yet value-packed — software in those launches were great, Motorola had the desire to insert themselves in the emerging devices market.

The first move made in that trek came with the Moto G, the $180 smartphone that’s actually being offered by US carriers for as little as $100, but Motorola says they want to do something even more remarkable than that. Speaking with Trusted Reviews, CEO Dennis Woodside revealed that the company believes there’s a market out there that are looking for smartphones even cheaper than the Moto G.

“We’re going to look at that and just delivering on that value promise is super important,” Woodside said. “I mean why can’t these devices be $50? There’s no reason that can’t happen so we’re going to push that.” While some might take that as absolute confirmation that Motorola is, in fact, bringing out a $50 smartphone, it’s imperative to take a step back and analyze those words.

Working toward something, planning on something, and doing something are three entirely different things in the world of business — especially in mobile business. While we’re not saying Motorola’s proposition is impossible, it’s certainly tough to think about what they could do to bring a smartphone for $50 without taking some tough losses.

These devices would have to be pretty barebones and dated in terms of technology if Motorola wants to protect their bottom line. We wouldn’t be surprised to see pleasantries we take for granted like GPS, Bluetooth and cameras completely cut out of the equation.

That said, we won’t doubt Motorola as they were able to stuff a 4.5-inch 720p display, a quad-core processor and a 5 megapixel camera inside the aforementioned Moto G.. Whatever the case may be, we’re interested in seeing what kind of smartphone one could buy for half a Benjamin. Let’s hope Motorola can make it happen in the near future.