You thought the Android KitKat hype-beasting was nearly over? Guess again. We’re typically treated to a simple cryptic image or two from KitKat in the mornings, but today they’ve done something a bit differently — they’ve cooked up an entire video for our eager eyes to feast on. They call it the #magicbreak, with the video depicting two BugDroid robots enjoying each other’s company.

One of them looks ready to show off a rabbit-in-the-hat trick using a KitKat bar as a wand, but lo-and-behold, he eats the KitKat bar and does a little shimmy for good measure. This entire video probably means nothing, and could just be a fun way for KitKat to start their tease-heavy day. Except… perhaps there’s more to this than we realize.

On the Google+ post KitKat used to publicize the video, they posted the line “one to enjoy whilst you’re waiting.” Waiting for what, KitKat? Waiting for that Google+ event taking place today? Are you trying to tell us that there will be more than just Google+ news revealed during that little shindig?

We have our doubts about that theory, but it’s something to keep in mind. KitKat could just be making a general reference to our wait for Android 4.4 KitKat, which — as has been proven as of yesterday — we have no clue when to expect. Now that the long-rumored October 28th big bang theory has dissolved into nothingness, most folks are holding on to hope for an October 31st or November 1st unveiling.

The former is little more than a theory based on the fact that “KitKat” and “Halloween” almost go hand-in-hand, and it would make perfect marketing sense. The latter date was put into the atmosphere by @evleaks, who mentioned “November 1st” to the world in one of their Nexus 5 leaks.

At this point, it’s best to just sit, wait, and not let your desire to sleuth your way to an answer get the best of you. We’re likely just a few days out either way, and it’s best to just be patient and wait instead of putting your hopes so high that they won’t be able to come down when nothing comes to fruition. Take a look at the silly video above. 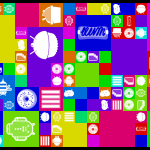 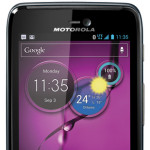 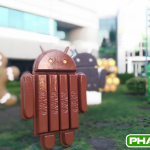 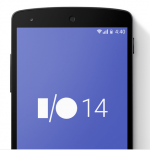