It seems like 4.3 inches is the new mini, as Android’s premier OEMs are launching devices of that size with the “Mini” tag on them to help fill out sectors of the device market that demand such a product. I’m talking about devices like Samsung’s Galaxy S4 Mini, as well as the newly-announced HTC One Mini. How does the latter stack up to the beast it’s named after? And how does the HTC One Mini fare up against the stiff competition that is the Samsung Galaxy S4 Mini? Let’s find out.

HTC has officially announced the Mini version of its 2013 flagship Android device. Fittingly dubbed the HTC One Mini (pictured on the right in the graphic below), this little guy packs some decent power and should come in at a decent price. It’s a 4.3-inch smartphone with a 720p HD display, Android 4.2 with HTC Sense 5, Qualcomm’s 1.2GHz dual-core Snapdragon 400 processor, 1GB of RAM, HTC’s UltraPixel camera with Zoe, a 1.6MP front-facing camera, 16GB of internal storage and more. 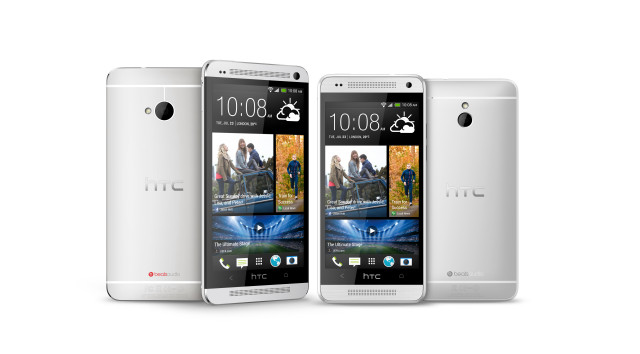 Oh, and despite it getting a bit shrunken HTC still kept room for those beast-like BoomSound stereo speakers with Beats Audio featured on the front. If you’re skeptical as to how good these speakers can sound, I suggest you walk into your nearest carriers’ store (well, except Verizon right now) and give it a try for yourself.

Of course, it doesn’t quite hold a candle to the beast it’s based on — the HTC One (pictured on the left in the graphic above). Our HTC One review tells it all, but here’s a quick primer on the specs of that device for you:

The device is highly regarded as HTC’s best work yet, and it shows in every nook, cranny and crevice of its body. The aluminum build, tight curves and simplistic design make it something you are proud to show off to the world. Of course, such a great device comes with a price tag which is considerably more expensive than lesser offerings like the aforementioned Mini variant. You get what you pay for, they say, and all I know is that you get a whole lot of oomph for the money you’d spend on this thing.

While we’re at it, why not look at the HTC One Mini’s direct competition? Samsung’s “mini” variant is also closely based on the design of the Galaxy S4, and like the HTC One and One Mini, the   Samsung Galaxy S4 Mini isn’t quite as powerful as its bigger brother. (Read our Samsung Galaxy S4 review to find out just how powerful that is.) That said, its purpose as a low-cost, yet viable, option for those who don’t want a huge (or hugely expensive) smartphone is fulfilled quite nicely. 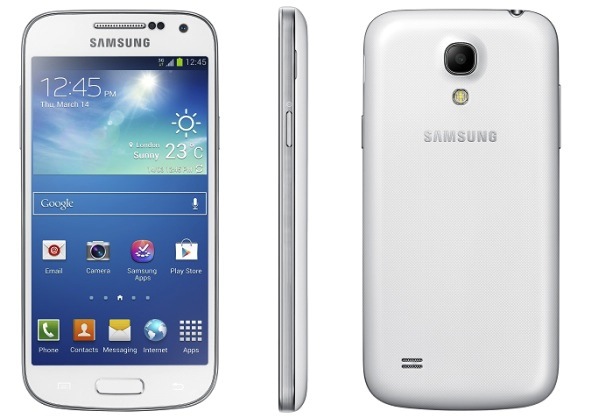 The Galaxy S4 Mini houses Qualcomm’s Snapdragon 400 processor, and a dual-core SoC clocked at 1.7GHz. Other specs include a 4.3-inch 960 x 540 display, 1.5GB of RAM, 8GB of internal storage (expandable via microSD card slot), an 8 megapixel rear camera with a 1.9MP front camera, Android 4.2 with Nature UX and more.

Battle of the Minis

So who wins the Mini battle here? Well… it’s tough to say. Each OEM had to cut a couple of corners to keep costs down. For HTC, the slightly weaker processor, less RAM, and lower internal storage made way to keep that UltraPixel camera, HD resolution and that same high quality build. For the S4 Mini, what you lack in storage and resolution is made up for with a beefier processor, a microSD card slot, more RAM and the ability to keep a respectable camera on there. The trade-offs are clear.

It’s a wash, really. Folks will have to get both in their hands and see how it feels for themselves, and if you still can’t decide then close your eyes, set a budget, and see which one gets closest to the price point you feel more comfortable with.

Of course, if you have the room in your budget I’d say spring for the regular HTC One and Galaxy S4, but these are some very fine alternatives otherwise. Who do you think wins in the end? Drop a vote in the poll, and leave a comment letting us know which one of these small guys you’d end up taking if you were to wake up craving a mini phone one day.