Is Android popularity dying on Verizon?

Android has taken the market by the neck, but the real test has always been when it’s put against Apple’s iPhones. Take Verizon as an example: the largest mobile carrier in the US was one of the biggest reasons why Android succeeded. The launch of the Motorola DROID was arguably the platform’s biggest boost, but it now seems like Apple is taking over Big Red.

The latest Verizon earnings report shows a great Q2 for Verizon, coming up strongly despite the competition being at its peak. The same can not be said for Android sales on Verizon, though.

iPhone sales have blown up on Verizon since the Apple smartphone arrived last year. The iPhone now holds 51% of Big Red’s Q2 (2013) activations. This is lower than the 56% iPhone activations during Q1, but we doubt Apple is really dying down. This could simply be a result of where the industry is currently placed.

Why Verizon iPhone sales are down from Q1

Many factors come into play and no one can exactly hit the middle of the bullseye on this. We can speculate that a lot of it has to do with the fact that the iPhone 5 is now getting older and losing hype. Also, the Samsung Galaxy S4 was released on Verizon during Q2, probably taking many customers from Apple’s older phone.

Samsung has created a very strong brand and is now Android’s #1 manufacturer. Surely, many users are more drawn to the brand-spanking new 5-inch “Next Big Thing”.

What will happen when the next iPhone comes

Every iPhone version is all but guaranteed to sell like hot pancakes on a Sunday morning. The next iPhone will not be the exception. Whether it’s the iPhone 5s or iPhone 6, we can expect that 51% to rise.

We didn’t think competition would get this strong between the iPhone and Android phones on Verizon. Of course, healthy competition is always good, but it’s getting a bit dangerous in the Verizon field.

Apple is still a strong competitor and its mobile OS has its ups and downs. But we just have to wonder how many new activations it is getting from Android users who didn’t have the option to get an iPhone before. How many of you are thinking of switching to the iPhone on Verizon’s network?

AT&T is having its earnings call next week, so let’s see how the previously iPhone-exclusive carrier does in comparison with Android. 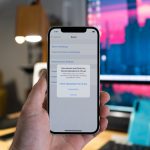 How to reset the iPhone 12

10 first things every iPhone 12 owner should