ASUS set out to create an ultra affordable tablet for folks who don’t want to spend a lot of money on a slate. That tablet’s name is the ASUS MeMo Pad ME172V, but is it worth the trouble even at just $150? Sit back as we take a quick look at this 7-inch offering, and determine whether or not you should opt for something like this or a certain other affordable 7-inch tablet from the ranks of ASUS.

The ASUS MeMo Pad ME172V doesn’t boast a collection of inspiring specs. Under the hood is VIA’s 1GHz WM8950 chipset and 1GB of RAM. This is an Arm Cortex-A9 based SoC that has a very decent GPU, though this might have been more impressive if this were still the year 2010. The processor and RAM combo work well enough to facilitate smooth operating system use and basic multimedia capabilities, but gaming is hit or miss. You’ll especially want to steer clear of playing today’s graphically demanding 3D titles on this thing, with games like Batman and Real Racing 3 being a bit on the unbearable side when it comes to frame rates. 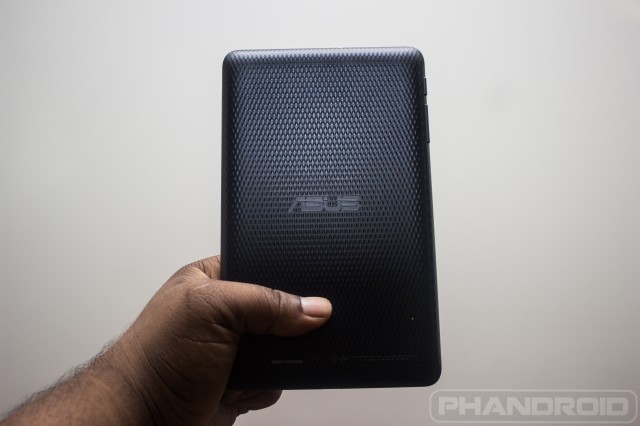 It doesn’t help that the device’s 7-inch display isn’t HD, with a max resolution of 1,024 x 600 on the spec sheet. Having used 720p and 1080p devices in this screen size, I can tell you that the downgrade is less than desirable. Most average consumers might not be able to tell the difference, but if you’re used to using HD displays every day it becomes hard not to notice.

Connectivity is severely limited here, with no Bluetooth radios to speak of. It’s also a WiFi-only tablet, though at this price point that’s a given. You at least get 802.11n, though if you’re a fan of 5GHz WiFi you’ll be disappointed — the ME172V only supports the 2.4GHz band. We are happy to see a microSD card slot to expand storage, with just 16GB being afforded to the user out of the box. I’ve only tested the port with 32GB class 10 cards, which seemed to work out just fine.

Battery life on this device proved to be a tad miserable, allowing us just 3-4 hours of heavy usage before the low battery indicator started blinking. This is enough to get you through a short day if you’re using the device moderately (about 2 hours of screen on time), but don’t expect it to hold a charge overnight on anything but a full charge with a capacity of 4270mAh. Oh, and the lone 1 MP camera on the device isn’t something to go bananas about, but it is clear enough with decent lighting to facilitate video calls between family and friends. 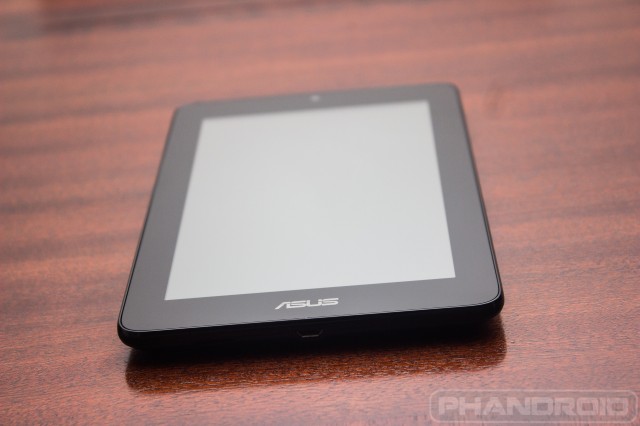 Overall build quality proved to be satisfactory. The tablet feels solidly built, a trait we’ve come to expect from ASUS over the past couple of years. We’re glad to know that ASUS didn’t allow the device’s entry level price tag to justify skimping on good build quality and good looks.

There’s nothing surprising in particular going on in the bits and bytes that make up the software portion of the MeMo Pad ME172V. We’re greeted with Android 4.1.1 to start, and while that may not be the absolute latest version of Android at this point many folks should be pleased to know that they aren’t far behind. That doesn’t come without some of ASUS’ own custom take on things, of course, with light UI tweaks and their own suite of software to help round out the experience. 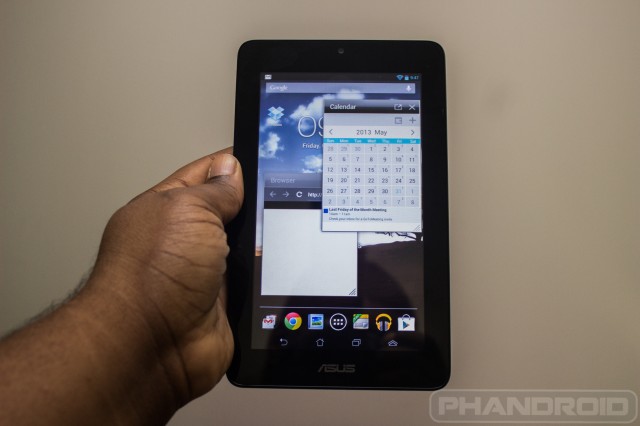 As this is a 7-inch device, ASUS has ditched the bottom-oriented status bar in favor of the pull down method that has become predominant on tablets of this size. If you were a fan of the custom changes ASUS made to the status bar, fret not — you can still change performance mode, adjust screen brightness, and access several toggles right from the notification pane. ASUS also saw fit to allow users to use the tablet in portrait orientation on the home-screen, something we are especially happy to see.

As for those pre-installed apps, that list includes the following:

You can also expect several of Google’s apps pre-installed, as well as the usual browser, settings, camera, calendar, calculator and more. There’s not an overwhelming amount of apps here, either, so don’t go into this thinking it’s a bloat monster.

As with any manufacturer’s custom crop of APKs there are bound to be just as many things of use to you as there are that you absolutely won’t use at all. Thanks to the ability to “disable” apps in modern versions of Android you can act as if they aren’t even there. Rooting to remove some of these apps might also be an option down the road if the device ever catches on with the development community. 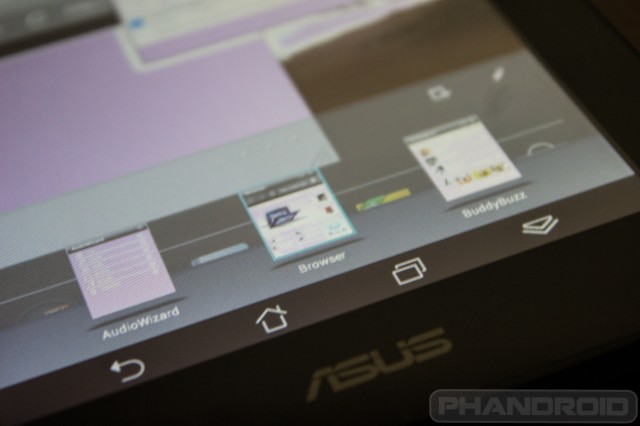 The MeMo Pad ME172V also comes with a mini apps feature that allows you to pop up several bite-sized apps over whatever you’re doing, no matter where you are in the OS. Choices include mini versions of AudioWizard, Browser, BuddyBuzz, Calculator, Calendar, Countdown (timer), Email, Sticky Memo, Stopwatch, and more. These apps are quite nice for those times where you just can’t be bothered to launch an entire app for a simple task, but don’t get surprised when the tablet starts stuttering after you have a few of them running at the same time.

Of course, what you need that isn’t included can be had from the Google Play Store. Overall OS smoothness wasn’t as fluid as, say, a Nexus 7, but you really can’t expect it to be — that thing has a Tegra 3 processor inside, and it’s running a purely stock version of Android. That said, doing basic things like browsing, switching between apps, and watching video posed no immediately discernible issues.

That there isn’t anything here to amaze us isn’t a knock on ASUS — for $150, you can’t really expect the world. I know I shouldn’t lead everything off with a “but the price” declaration, but when you consider who and what this device was intended for it really is one of the major factors in determining its worth. I’d be wholly disappointed if I paid upwards of $300 or more for something like this, something that wasn’t all that uncommon back when Android tablets first began to seed into the market.

But if you were to tell me I could pay less than the cost of my monthly wireless bill to own this tablet I’d be one satisfied customer. For what it is, the MeMo Pad ME172V is a fine device for anyone not interested in the bells and whistles of today’s premium tablets (and the price tag that often comes along with them). Of course, if you can stand to spend just another $50 the ASUS-made Nexus 7 is the better buy. Its low cost doesn’t raise any red flags in the specs department because Google subsidized the cost of it.

That is a device some people would easily pay $300 for, but since you don’t have to I highly consider going that route if the slight bump in cost isn’t a huge deal to you. You can grab one from the Google Play Store if you’re convinced. Otherwise, consider buying the MeMo Pad ME172V from Amazon.com if you absolutely can’t budge on its attractive cost of admission. 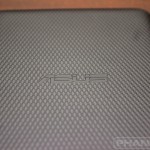 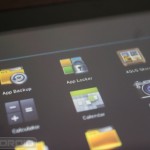 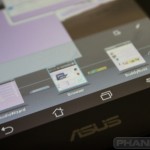 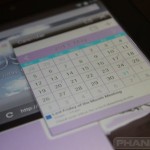 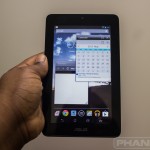 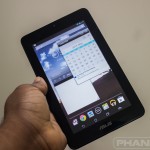 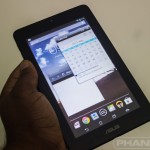 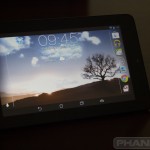 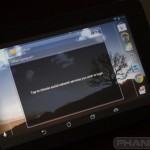 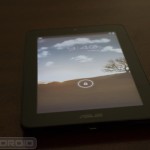 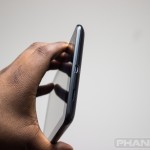 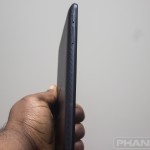 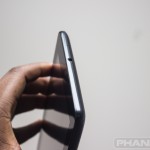 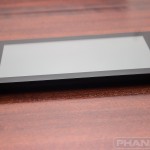 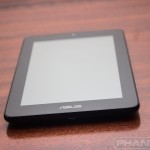 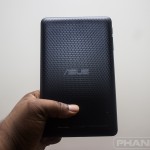 ASUS ROG Phone 3 could be an insanely powerfu