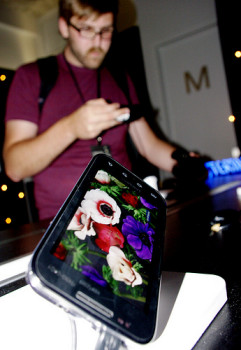 Over the next several months, follow Kevin as he blogs about his experiences with the iPhone over at iSource.com.

I have a confession to make. I’m a bit of an Apple fanboy. It all started when I purchased my first PowerBook back in 2005. As a writer and musician, I bought into the idea that Macs were ideal production tools for artists. And I fell in love. Several MacBook Pros later, nothing has changed.

When the iPhone was first announced, I simply had to have it. The problem was, I couldn’t bring myself to sever ties with Verizon at the time. The carrier had been good to me, and I had been a loyal customer for my entire life as a cellphone user. So, we all know how the story goes. The Motorola Droid is announced, it’s advertised as a real machine for doing real things, not some frou-frou iPhone backed by colorful commercials and geared at people that want a simple and basic experience.

Droid Does was the slogan, and Droid did it for me. I jumped on board as soon as Verizon launched the phone. Simultaneously, the meteoric rise of Android began. The Droid quickly erased any desire I had for the iPhone, and I found myself blogging right here at Phandroid about the very phone I had completely flipped for. Years later, after countless platform versions, Google’s OS developed into a robust experience that rightfully earned it a place as the top smartphone operating system in the world.

But eventually the fragmentation got to me. The stagnation in device design. The lack of a unified experience or truly carrier-agnostic Nexus devices with stock Android. The iPhone 5 was released, a simply stunning device to behold. Carrier loyalties had wained  (though the phone is now available on all major US networks) and those feelings started creeping back in. If Google couldn’t give me a true Android flagship, I wanted the iPhone.

So here I sit today, at the dawn of a new era in my life as a mobile consumer. After the OG Droid, a Galaxy Nexus, Motorola RAZR M, and reviewing countless devices in between from manufacturers like Samsung, HTC, and LG, I have traded in Android for iOS. I am now the owner of a shiny new iPhone 5 (check out some of my early opinions on the device in our head-to-head comparison with the Galaxy S4).

But this goodbye is not necessarily a permanent one. Think of it more as an experiment. You will still find me at our sister site iSource blogging my experiences transitioning from Android to iOS as well as covering the latest news and rumors in the lead up to the launch of the next iPhone. 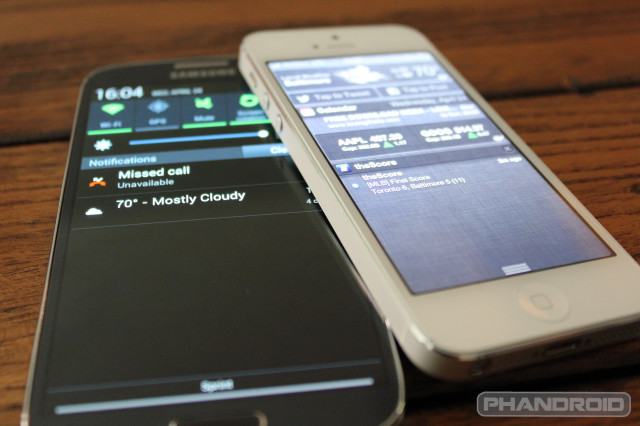 Believe me, it won’t be easy. As much as I fell in love with Apple after getting my first Mac, Android really has taken hold of me. I will miss Google Now (despite my known issues with the system). I will miss widgets. I will miss big, beautiful displays and the option to choose a device that fits my lifestyle.

But perhaps the iPhone is the device that fits my lifestyle now. After years of being a smartphone user, I have come to find that I only use my phone for the most basic of needs. Messaging, making calls, light web browsing, and social media. Sure I play a game from time-to-time, but my phone is far from a media or productivity device. In this sense, the iPhone seems tailored for how I use my phone. Clean and intuitive.

But it won’t be without its challenges. There is plenty to learn, many habits to change. That’s why I will also be popping my head back in at Phandroid each week to give a quick update on how the whole experiment is going. With Google I/O right around the corner, I’m already nervous that I jumped ship too soon.

And then of course, there is the next iPhone, which will afford me an opportunity to really make a decision between the two platforms. It sort of feels like I’m leaving a faithful, homely, girlfriend simply because some other hot chick gave me the time of day. Maybe the next few months will be filled with the same sort of regrets. I have no idea. But life is about the adventure, and this is one I’m ready to take.

TL;DR: I now have an iPhone 5. You can find me over at iSource.com, but don’t think I won’t be keeping a close eye on Phandroid and keeping tabs on the Android world in general. So let’s see how this goes. It has been an awesome experience interacting with this community for the past three years, and I’m thankful for that. Wish me luck.