Official AdBlock Plus for Android app is here

While we’d love to live in a perfect world without intrusive ads and such on all these newfangled websites, the truth is that some users just don’t want to see them. Moral issues aside, plugins have existed for years to help folks disable them as easily as they could disable anything, and the biggest of such a tool is AdBlock Plus. The plugin, which can be had in the form of browser plugins on desktop, has now made its way to Android.

The app will block ads for most browsers that can be had in the Play Store, and you don’t have to be rooted for basic functionality over WiFi. 3G and 4G will be a bit of a problem if you don’t have root access on your device, though, so keep that in mind before damning it in the Google Play Store if it doesn’t appear to be working. In fact, keep this full list of compatibility issues and restrictions in mind:

Co-founder Till Faida says mobile users should be able to control their browsing experience and block intrusive ads just as easily as anyone else:

Mobile devices have exploded over the past few years, and as usage of these devices has increased, so has advertising, which is becoming more and more intrusive. Mobile devices can feel more ‘personal’ than online browsing via a desktop device, making advertising on these devices even more intrusive and annoying when they interrupt browsing. And by blocking ads from rendering, Adblock Plus users can experience up to 40% faster browsing on their Android devices.

Trying it on my Nexus 7 proved effortless. I used the latest version of Firefox with the ever-so-easy EasyList and not a single ad got through. Your mileage may vary, but the app shouldn’t give many users problems as long as they take heed to the aforementioned list of exceptions.

Unfortunately there doesn’t appear to be any options for white-listing, but we imagine that functionality will be added in future upgrades. We’ve pinged the AdBlock team to be sure and we’ll update this post with anything they’re able to share. Go ahead and try the free app in the Google Play Store. 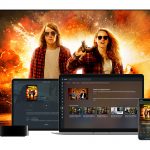 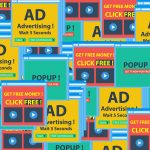 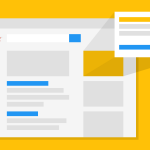 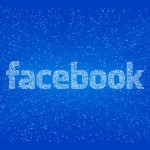 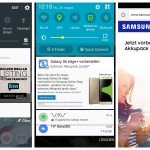