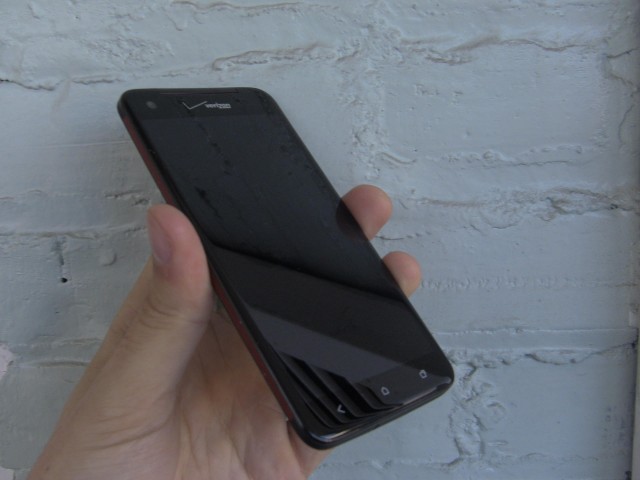 If you live by the axiom that bigger is better, you probably understand where Verizon is coming from with the release of the HTC DROID DNA. With its high-res 5-inch display, the phone joins the class of devices pushing the limits of just how big a smartphone can be, but unlike some of those handsets, it does so without feeling tablet-like.

At first glance, the Droid DNA reads as not only the best Droid handset of recent times, but also the best Android device from HTC. Does it meet those expectations? Read on to find out.

If the Droid DNA proves anything, it is that HTC still has it when it comes to beautiful handset design. While other manufacturers have improved in this area, none have quite hit the right balance of appearance and materials that HTC manages to strike time and time again.

Taking cues from the familiar red-and-black design language of the Droid franchise and effortlessly mixing them with the styling and materials used for HTC’s One series (as well as their recent Windows Phone 8 releases), the Droid DNA is a delight to look at and hold in the hand. From its soft-touch back to the perforated red grills lining each side of the device, a good deal of craftsmanship is apparent. 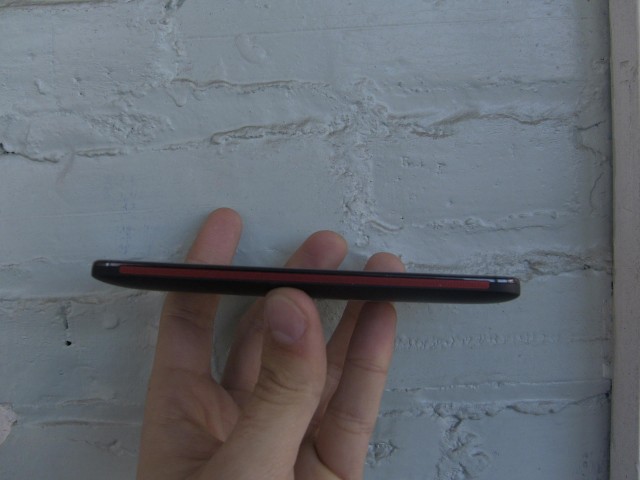 The phone features prominently a 5-inch Super LCD 3 display with a 1080p HD resolution. This equates to a Pixel density of about 440 ppi. Take that, Retina Display. The screen looks great with clear and crisp visuals, nice color reproduction, and good brightness, though it still deals with some of the shortcomings associated with LCD technology. Colors aren’t always as rich and contrast not always as deep as the AMOLED displays deployed by Samsung, but you will hardly notice the difference as you are distracted by the searing clarity provided by such a high resolution.

The Droid DNA features a quad-core Snapdragon S4 Pro processor, and it shouldn’t be a news flash that the 1.5GHz chip exceeded expectations. There wasn’t anything we could throw at the phone that it couldn’t handle smoothly. 2GB of RAM no doubt helped. Verizon’s 4G LTE data speeds complimented the powerful hardware nicely, and we were thoroughly spoiled for it.

One major concern leading up to the release of the Droid DNA was its 2,020mAh battery. The power capacity seemed a little lacking for a device with such a large display and powerful hardware. We’re happy to say that battery life was impressive, though not quite what you get from a phone like the Droid RAZR Maxx HD. The Droid DNA was perfectly capable of getting through a normal day’s use, but you will want to keep a charger handy if you consider yourself a power user. Video and gaming certainly detracts from overall battery life.

Another positive about the size of the battery is that it allows HTC to keep the handset slim. At 0.38 inches at its thickest with edges tapering to even thinner, the phone doesn’t feel like a true 5-inch behemoth. Sacrificed in the design is the ability to remove the battery as well as room for storage expandability via SD card.

The HTC Droid DNA ships with Android 4.1 Jelly Bean and comes skinned with HTC Sense 4+, which makes the device privy to a smattering of features found in both. You get improved versions of the Beats Audio and ImageSense technology that have featured in HTC’s phones since the launch of the One series earlier this year as well as Android enhancements such as Project Butter and Google Now. 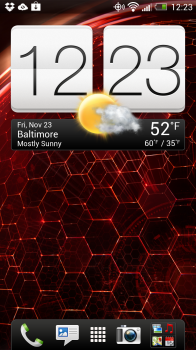 While Sense certainly isn’t for everyone, HTC has done a good job in paring down their custom user interface to only the essentials. It changes the overall look of the OS, brings a few new features and enhancements, but it no longer comes with the bulky additions of past versions.

For Google purists, it’s worth nothing that HTC has opted to go with hardware navigation keys rather than the software implementation introduced with Android 4.0. This choice does away with some of the context-aware menu options of apps designed for later versions of Android, but it does provide constant and easy access to central operating system actions.

Verizon and HTC have included plenty of software options out of the box, including a new all-in-one Amazon experience that combines your digital content library with the retailer’s online storefront, much as Google has done with Google Play. Other apps and games include Reign of Amira, Amex Serve, and Amazon Kindle. You still get plenty of VZW bloatware, as well.

All in all, the marriage of software and hardware works effortlessly and HTC continues to trend in the right direction with Sense. Instead of attempting to reinvent the Android experience, the Droid DNA pushes just the right buttons to compliment Google’s mobile vision. 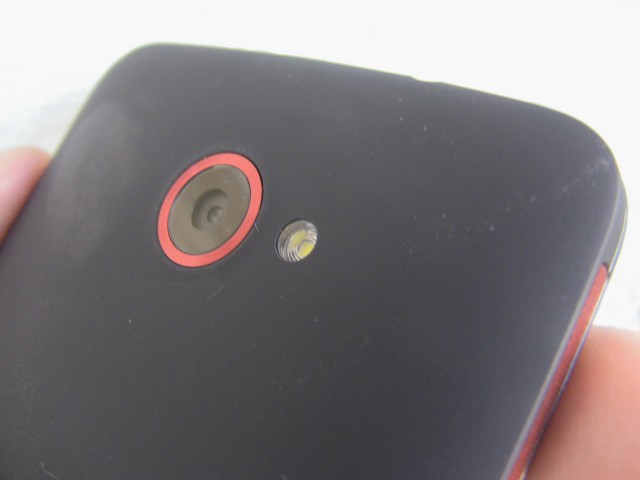 Two cameras are featured on the Droid DNA: the main rear camera rated at 8MP and an HD front-facing camera. HTC has implemented a similar sensor setup as that found on the front camera of Windows Phone 8X, providing wide-angle image capture at a high resolution.

The rear camera features an LED flash and auto-focus and is a pleasure to use, just as the One X was before it. You might remember we rated that camera experience highly, both for the images it produced and for the software enhancements HTC implemented in Sense 4+. If the One X was good, the Droid DNA is great. If only all OEMs could have the same focus on camera quality as HTC. Click on the images below to see larger versions. 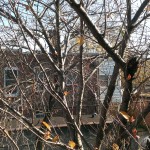 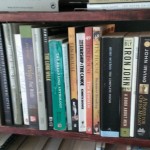 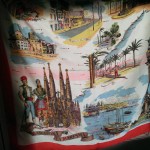 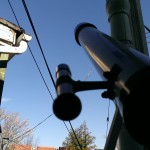 The Droid DNA worked well in various lighting conditions in both photo and video mode. In photo mode you get features such as burst shot and panorama to add a touch of creative flourish or capture the perfect action shot. Even when in standard mode, there is little noticeable shutter lag, letting you live in the moment rather than a few seconds after it.

If you are looking for the best phone on Verizon’s network, the best Droid device, and the best phone HTC has offered in some time, this is it. But here’s the thing with the Droid DNA: while it by no means feels bulky, it is certainly robust. If you aren’t in the market for a 5-inch phone, you may be better served looking elsewhere.

If that sounds like you, I urge you to reconsider your bias against such big phones. Not only does it seem they are here to stay, but if you want the best possible combination of hardware and software, it’s an element you will need to deal with. I promise you won’t be disappointed. You might even learn to love it. The Droid DNA gets it right on just about every level.