The Nexus 7 was bound to be a popular device throughout the tech community. For starters, it’s Nexus — geeks everywhere watered at the mouth for one, and it was the first device of the Nexus line in tablet form. Secondly, it’s friggin’ cheap — why not spend $200 (at minimum) to own a great tablet that’s going to have great support straight from El Goog?

Well, even Google didn’t anticipate how popular their tablet would be as sales have apparently doubled through the holiday season. Google originally expected to sell through 2.5 million shipments in 2012, but DigiTimes reports that another 2.5 million has been added to its sales expectations, and that orders have been made as recently as this month to help keep up with that demand. 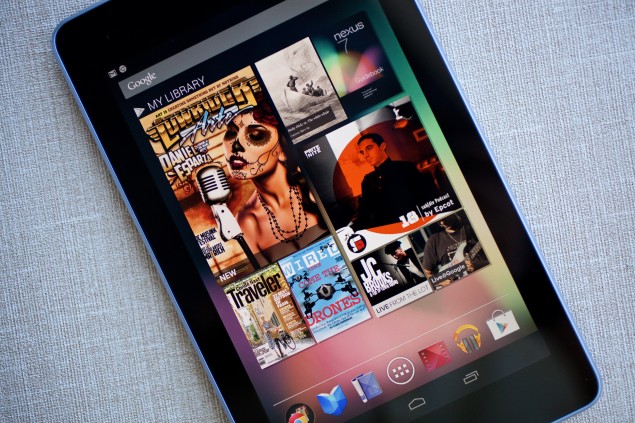 Demand tends to begin to dissipate this late into the holiday season, but it appears the Nexus 7’s cheap base price makes it an attractive buy at any point in the weeks leading up to Christmas. Google recently launched a version of the Nexus 7 with 32GB of storage and HSPA+ radios, and stock has been up and down since the week or so it’s been available. Things seem to have stabilized for now, but Google is no doubt happy with the results they’re seeing.

All of this is fascinating, but it makes us wonder why Google didn’t see the same type of demand for the Nexus 4? With the way the Galaxy Nexus performed, and with initial sales of the Nexus 7, Google had to see the same type of response coming for the Nexus 4 from a mile away. Instead, many orders remain in limbo and customers are having money held with little to no response from Google as to when the situation will be rectified.

It seems Google didn’t implement a hard cap for its Play Store ordering process. Instead, they let orders continue to be placed despite demand clearly outweighing supply. The company has taken a lot of heat for that, but most people would be happy if Google would be just a little more vocal and transparent with the state of their orders, but alas the company — as it has admitted before — is not too savvy when it comes to customer service.

Regardless, Google’s looking at a very successful holiday season despite lost revenue on each device sold. Their goal is not to make money on the device themselves, but to make money by getting as many devices in as many hands as they possibly can. Search and ads drive their revenue, and at this rate they’ll make their money back ten-fold.