It’s definitely never been one of Google’s strong points. We’re talking about customer support. A stark contrast to a certain other company, Google just doesn’t provide the level of service most customers expect from an online retailer. Whether it’s YouTube, Google Play, or developers trying to figure out why their app was banned — if something goes wrong, don’t expect to talk to living, breathing person from Google who will help try and fix it.

This lack of support or transparency has reached a crescendo in forums like XDA where once eager Nexus 4 customers are fuming at the mouth over Google not providing them with any kind of update or information on the status of their Nexus 4 orders. You know, that one smartphone that almost crashed the Google Play Store and sold out in under 30 minutes upon going live. Yeah, that one.

Apparently some Nexus 4 customers were able to get their order in, but never received the dreaded “back ordered email” or a shipping email for that matter. Also known as “Nexus 4 limbo,” these customers have absolutely no idea when their devices will arrive, even though some have already had their credit cards charged. To make matters worse, there’s growing evidence mounting that devices aren’t being shipped on a first come, first served basis. Needless to say it’s a huge mess and Google needs to do something to fix it, but that’s the problem — they haven’t even acknowledged it.

This isn’t even the first time Google has failed miserably at their attempt to provide adequate support from a device sold from their online Market. Back in January of 2010, there was the whole Nexus One fiasco that left many customers salty after Google was unable to provide anything more than email support for their complaints. And there were a lot of complaints. That lead to Google releasing a statement that they’d try harder to provide better support saying:

“Solving customer support issues is extremely important to us, because we want people to have a positive Nexus One experience. We are trying to be as open and transparent as possible through our online customer help forums.”

So, where is open transparency now? What’s interesting is back in October we reported on Google job listings looking to hire a customer support team right before the launch of the Nexus 4. While I’m sure we’ll hear from Google any minute now (the growing outcry is sure to reach the windows of the GooglePlex), the only question that remains is if it will be too little, too late.

Question and answer time: Has this debacle soured the Nexus experience for any of you out there? Also, are you more upset that you weren’t able to snag a Nexus 4 in time, or is this simply a poor customer service issue for you? 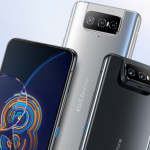