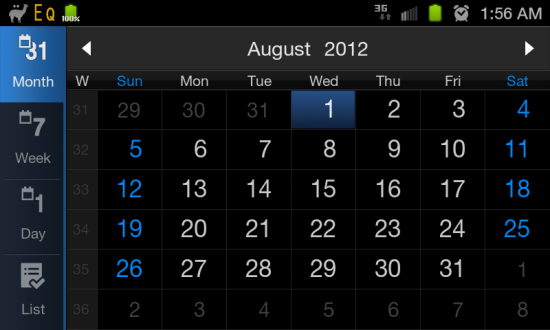 There’s been all kinds of chatter today in regard to Google releasing the Android 4.0.4 source code today. A lot of excitement, a bit of disappointment and possibly even a dash of rage mixed in there as well. For those of you with non-Nexus or rooted devices, I’m sure the first thought that immediately comes to mind is, “When I can expect to see this update on my device?” Well, Jean-Baptiste Queru, one of Android’s software engineer legends, helped shed a little light on this subject with a post on his Google+ page today. Brace yourself — many of you wont like what he had to say.

Typically, there’s about an 8 month delay from when Android 4.0.4 is released (today), to the amount of time it will will take for new devices to launch with this software. This is a sipmle observation from a man who’s worked 10+ years in the software industry. Despite what irate commenters on blog posts, Facebook pages and forums would have you believe, the process isn’t exactly as easy as cake. No, sir. Here are the steps all new devices must take before they can hit consumers hands as told by Mr. Queru,

I’ll even go ahead and add an extra step for tech support training (both carrier and manufacturer). Basically, what I’m trying to get at is it’s a lengthy process. Now, when it comes to updating existing devices, JBQ mentions the process can be dramatically decreased and shouldn’t take as long. Anyone with an Android device who follows these matters closely can tell that this process can take even longer than 8 months depending on the OEM/device. It’s a reality we all have to live with. Either that or pack your bags and move towards more “closed” pastures.

Of course, for those of us die-hard Android enthusiasts who like to remain on the bleeding edge of technology and Android releases, root and the Android modding community, provide us with an easy (although sometimes buggy) way of circumventing this timeline and time consuming carrier/OEM testing. Believe it or not, some of you out there can already enjoy an Android 4.0.4 ROM at this very moment.

UPDATE: Jean clarified that his statement was in regard to how long before a major Android release is available, to when we can expect shiny new devices to launch with the updated software. Updating devices, especially when it’s an incremental release within the same firmware can take a dramatically less amount of time — or longer depending on OEM/carrier — as we’ve seen so often in the past. He goes on to say he has no idea when updates will even hit Google’s Nexus devices (which makes sense seeing how he just helps get the software out there and isn’t involved in the update process). Still, Mr. Queru’s observation gives us some insight on what goes on behind the scenes, and the lengthy approval process Android has to go through before it’s officially ready for market.

What do you guys think of Jean-Baptiste’s “8 month” statement. Does this make a little more sense as to why we’re still seeing devices launch with Gingerbread and not Ice Cream Sandwich? When it comes to updates, what do you think is a reasonable amount of time before an Android version drops, to when it arrives on your current device? Aside from OEM’s shipping all their devices with stock, vanilla Android (never, EVER going to happen so no bother complaining about it), what do you think can be done to speed up this process?