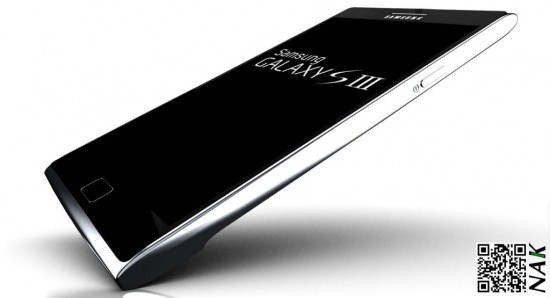 Okay, you know to be more than a little wary whenever you read “BGR exclusive,” but given I’m such a gossip/rumor whore, I’ll go ahead and throw it out there, and if you think it stinks, you can throw it right back. Seems the Samsung Galaxy S III specs have all but been leaked, spilling out like rainbow vomit onto the floor of the interwebs. Of course nothings been confirmed but apparently Samsung is planning for a simultaneous global launch of the SGSIII and here’s what we could be looking at in terms of specs:

To be fair, more than half of this stuff is pretty much a given. 4G LTE? Well, it’s not going to launch with yesteryear’s radios. Android 4.0? I’d sure hope so. 8MP rear/2MP front facing cameras sounds reasonable as well. I think HTC proved that we don’t need more megapixels, just better sensors. I could be a smartass and “confirm” a few more specs as well like a 3.5mm headset jack and micro USB/MHL port, but I think those are givens as well.

What I found most interesting is the “ceramic body.” Not sure exactly what they’re getting at there, but maybe it has to do with a ceramic coating and not a phone necessarily made of ceramic? My screen cracking from a sudden drop is enough to stress over without having to worry about my whole phone shattering to bits. (Ninja edit: Apparently there’s a new kind of space age/military grade ceramic that’s not only lighter but stronger than steel which could give Samsung the build quality lacking from current Galaxy devices)

What really throws me for a loop is the “report” that the device will launch with a 1.5GHz quad-core processor and not Samsung’s upcoming new and improved 1.5GHz dual-core processor. The new dual-cores were shown off in November, followed by shipping in Spring. If Samsung is barely previewing their quad-cores now, I wouldn’t expect them to ship in devices til late this year or early next. But I guess anything can happen if Samsung wants to stay competitive.

Oh, and 1080p display? Is that even possible right now? More than that, how necessary is that? I mean, I’m all for excessive specs. I’ll take what I can get. But this sounds more like an Android fanboy’s wet dream than real world specs. On second, outputting games or movies via HDMI to a 1080p television could have its perks.

What do you guys think? Hoop dreams? Or could this really be the spec sheet for the upcoming Samsung Galaxy S III superphone?