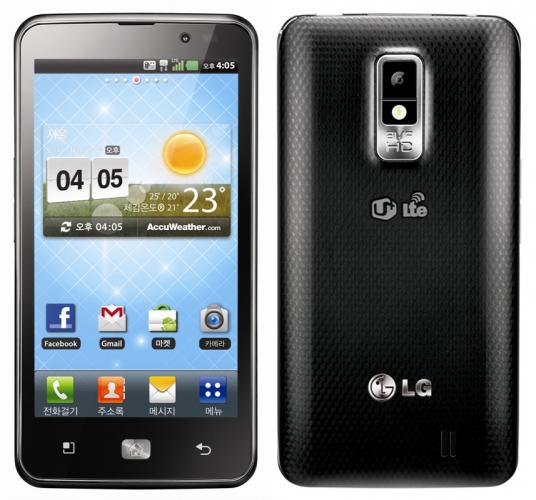 LG is reporting that their Optimus LTE handset has surpassed 1 million units sold since its introduction in October of last year. The phone, which is often touted as the first LTE handset with an HD display, saw the majority of those sales come from the Korean market, where it sold 600,000 in its first three months. The other 400,000 sales are attributed to Japan, Canada, and the US.

While the stat sounds less impressive when compared to, say, iPhone 4S sales in the first week of availability, any Android phone in a sea of many that breaks the 1 million mark in terms of sales has had a fairly successful run. In the case of the LG Optimus LTE the figure is likely to grow in the coming months, especially with price cuts as the manufacturer introduces their latest Android innovations next month at Mobile World Congress. Check out the full press release below for a few more details and choice quotes from president and CEO of LG Dr. Jong-seok Park.

SEOUL, Jan. 25, 2011 – LG Electronics (LG) announced today that sales of its Optimus LTE smartphone have exceeded over one million units, putting it at the forefront of the emerging LTE era. The world’s first HD LTE smartphone, the Optimus LTE is currently available in the US, Canada, Japan and South Korea.

First launched in Korea in October 2011, the Optimus LTE hit sales of 600,000 units there in the first three months, making it the most popular LTE-capable phone in a highly competitive market. On the first day of its launch in Japan, the Optimus LTE also recorded sales of 8,500 units. The phone is now available as a premium smartphone through three major mobile carriers in North America, the most advanced market in terms of LTE coverage.

“With brisk sales for a high-end smartphone, the Optimus LTE reaffirms LG’s leadership in mobile LTE technology,” said Dr. Jong-seok Park, President and CEO of LG Mobile Communications Company. “The combination of LTE connectivity with LG’s True HD IPS display has resonated with the public regarding the potential of LTE technology.”