Though it wasn’t the first phone to run Android, the Motorola Droid is the handset that put Google’s mobile operating system on the map. Two iterations later we sit with the Motorola Droid 3, the latest take on the QWERTY slider with some of the biggest changes to the line we have seen to date. The Droid 3 brings double the firepower with a 1GHz dual core processor, increases screen real estate to 4.0-inches, and offers a vastly improved physical keyboard. While it doesn’t feature Verizon’s 4G LTE,  the Droid 3 easily ranks among the carrier’s best.

The Motorola Droid 3 upgrades the hardware of its predecessors in nearly every way, and does it in a form factor that feels fresh while retaining the classic Droid look. A dual-core 1GHz TI OMAP 4 chipset runs the show here, offering superb speed and responsiveness. The 3.7-inch that became standard for the first two versions of the handset has given way to a 4.0-inch qHD display, offering more screen real estate while not adding much size to the device. It is only slightly larger around the edges than the Droids that came before it, and is in fact the thinnest form of the QWERTY slider yet. 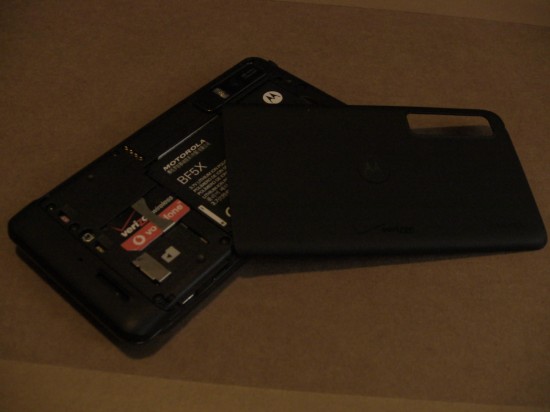 The sliding battery cover has been replaced by a removable back plate with a cut out for the Droid 3’s 8MP camera. A physical camera key is absent but you will find a volume rocker, 3.5mm headset jack, HDMI and microUSB ports, and a power on/off/standby button. All of these things are pretty standard, and none quite stand out compared to the Droid 3’s show stopper: its greatly improved 5-row full QWERTY keyboard. 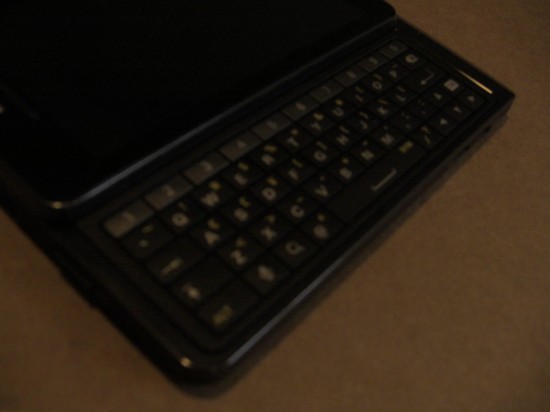 For the first time the Droid 3 features a fifth row of dedicated number keys. Thanks to the larger size of the device as a side effect of the larger screen, key spacing and arrangement makes for a delightful typing experience. The membrane keyboard of older Droid devices has been replaced by individual keys that respond with a satisfying click when depressed. Gone are complaints about flat keys or thumbs tripping over themselves. If you bought this phone for one feature and one feature alone, the keyboard would be it.

All of this hardware adds up to a device that runs Android 2.3 and Motorola’s custom user interface without a hitch. Speaking of which…

The Droid 3 features the latest version of MotoBlur, one which thankfully does away with a lot of the fluff and offers a fairly basic and traditional Android interface. You get a selection of widgets, apps, and optimizations to create what amounts to your average Android experience. And that is somewhat of a problem here, as the phone’s interface ends up feeling just a bit too average. A few small tweaks here and there (such as a power toggles in the notification dropdown) could have offered something beyond what stock Android offers, and we miss stock Android here. It’s hard to figure out why Motorola moved away from the stock interface after the wild success of the original Droid.

Pre-loaded software includes all of your standard Verizon goods, including V Cast apps, Kindle, Blockbuster, Slacker, and NFL Mobile. Most users won’t get much mileage out of these, but they do offer a rather nice software package out of the box that showcases the Droid 3’s power. 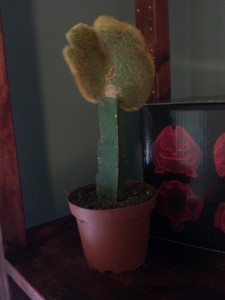 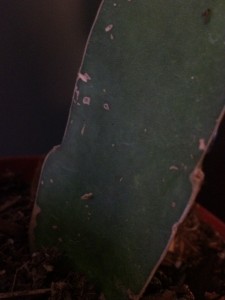 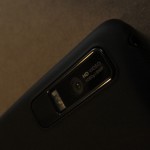 The Droid 3 features an 8MP camera with LED flash capable of 1080p video capture, a serviceable combination for the most part. Images didn’t come out as crisp and clear as we’d like from an 8MP snapper even after fooling around the phone’s settings. The Droid 3 offers a good amount of options for different lighting conditions and shooting scenarios, but compared to the camera offered by other devices settings still seem fairly limited.

Video easily impressed more than still photos, though again settings were just a bit too limited for our taste. This could easily be improved with a third party camera solution or a bit more care and attention in crafting shots. For spontaneous shooting or capturing life’s random moments, you won’t be disappointed with the results. But this one might not replace your standard point-and-shoot.

As with other devices with 4-inch+ screens and qHD resolutions, media and web consumption is one of the highlights of the Droid 3. If you have ever used an older Droid, you might agree that the 3.7-inch screen seemed just slightly too small in offering web content, but here browsing is just about as good as it gets. The phones hardware offers responsive and quick scrolling and zoom, and flipping to landscape mode to use the hardware keyboard offers an unmatched web experience. For the same reasons, viewing video on the Droid 3 is a pleasure.

3D gaming is on par with other handsets of its class. The Droid 3 comes pre-loaded with Lets Golf 2 and the game plays as well here as it does on any other device we have tried it on. 2D gaming went down without a hitch, and again the Droid 3’s keyboard offers great options for fans of gaming on their Android device. Hardware keys maximize screen real estate for games while offering a more traditional handheld gaming experience.

There is a lot to like about the Droid 3, and for owners of older Droid handsets it feels like the perfect upgrade. Still, a lack of 4G LTE means this handset isn’t future proofed, and a two-year contract will keep you off of Verizon’s next-gen network for the foreseeable future. It’s a shame 4G is missing here, as the hardware keyboard and high-end specs offers a unique experience unmatched in Verizon’s Android lineup. You’ll have to weight the importance of the two for a final decision, but trust me, that is what it will boil down to.