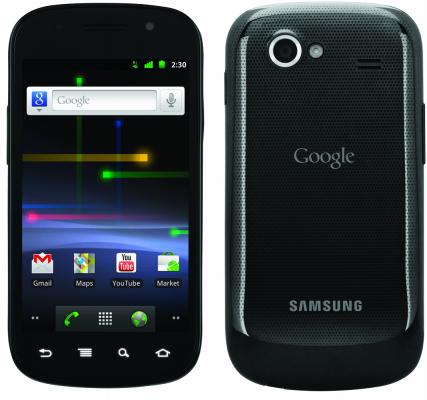 Sprint users looking for a stock Android experience with all the speed of 4G don’t have much longer to wait, as Sprint has formally announced the Nexus S 4G for a May 8th release. The device is identical to the Nexus S we have come to know on T-Mobile’s airwaves save for the addition of CDMA and a WiMAX radio. The Samsung-made handset features many highlights of the Galaxy S line including a 4-inch Super AMOLED display and 1GHz processor with dedicated graphics support. Did we mention it comes with a nice, clean, stock build of Android 2.3 Gingerbread? All this can be yours for $199.99 on a new two-year contract. Check out the full press release below and head over to AndroidForums to join in on the discussion.

Nexus S 4G from Google and Samsung with Android 2.3 for a Pure Google Experience Available to Sprint Customers in the U.S. on May 8 for $199.99

The highly anticipated Nexus S™ 4G1 from Google™ goes on sale in all Sprint channels, including www.sprint.com, on Sunday, May 8, for $199.99 (plus tax) with a new line or eligible upgrade and two-year service agreement. Extending the company’s 4G device leadership yet again, it is the fourth 4G phone available and 20th 4G device announced from Sprint.

Manufactured by Samsung Telecommunications America (Samsung Mobile), a leading global mobile phone provider and the No. 1 mobile phone provider in the United States2, Nexus S 4G is the only Nexus S phone with 4G and provides a pure Google experience with Android™ 2.3, Gingerbread, the fastest version of Android available for smartphones. With its pure Google experience, Sprint Nexus S 4G customers will be among the first to receive Android software upgrades and new Google mobile apps, and in many cases, the device will get the updates and new apps as soon as they are available.

“Whether you’re an Android fanboy (or girl) or not, it’s tough to avoid drooling over the Nexus S 4G. The device has similar specs to its T-Mobile counterpart – the Nexus S – but it will take advantage of Sprint’s super fast 4G data network.” – MSNBC Technology
“It’s probably our pick of Android phones now on Sprint – the Evo is nearly a year old, and the major advantage of the Nexus S is that it’ll be on the bleeding edge of Android updates.” – Gizmodo
“So, what makes the (Nexus S) 4G different? WiMAX 4G. – IntoMobile
It is powered by a 1GHz Samsung application processor that produces rich 3D-like graphics, faster upload and download times and supports HD-like multimedia content along with a dedicated Graphics Processing Unit (GPU) to make playing mobile games, browsing the Web and watching videos a fast, fluid and smooth experience.

Designed with Samsung’s brilliant Super AMOLED™ touchscreen technology, Nexus S 4G’s 4-inch Contour Display features a curved design for a more comfortable look and feel in the user’s hand or along the side of the face. Its higher color contrast means colors are incredibly vibrant and text is crisp at any size and produces less glare than on other smartphone displays when outdoors, so videos, pictures and games look their best and the sun won’t wash them out.

Nexus S 4G features a 5 megapixel rear-facing camera and camcorder and front-facing VGA camera. In addition, Nexus S 4G features a gyroscope sensor to provide a smooth, fluid gaming experience when the user tilts the device up or down or pans the phone to the left or right.

Nexus S 4G requires activation on one of Sprint’s Everything Data plans, plus a required $10 Premium Data add-on charge for smartphones. Sprint’s Everything Data plan with Any Mobile, AnytimeSM includes unlimited Web, texting and calling to and from any mobile in America while on the Sprint Network, starting at just $69.99 per month plus required $10 Premium Data add-on charge – a savings of $39.99 per month versus Verizon’s comparable plan with unlimited talk, text and Web (excluding Verizon’s Southern California plan; pricing excludes surcharges and taxes).