Life is good at Samsung – no pun intended, considering that’s the slogan of their primary competitor (LG) who had a rough 2010. Samsung issued an Investor Relations press release today that thoroughly discusses the health of the company. Highlights include smartphone success, tablet screen development, and an upcoming announcement of a dual-core Galaxy S phone in the first part of 2011.

Revenues and Net Income both grew year-over-year for Samsung, 7% and 13% respectively with a total operating profit of $2.7 Billion dollars. Where exactly did those increased numbers originate? Samsung largely points to their smartphones: 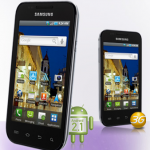 They weren’t shy about the success of their Samsung Galaxy S, announcing they’ve sold 10 million units and also enjoyed “strong year-end demand” with the Galaxy Tab. But the Galaxy S wasn’t their only winner: they sold 280 million units on the year, making me wonder what the device-by-device breakdown would be. Other stats they slide into their smartphone summary include:

While the Galaxy S hit a sweet spot, Samsung is planning to grow in two related and nearby opportunities: screens for lower-end phones and tablets.

Samsung aims to drive market growth with a new line-up of entry-level LED panels and explore the high-potential market for tablet PC panels.

It sounds like Samsung has a really good thing going and hopefully they’ll speed right along with more Galaxy devices, both phones and tablets, to feed our Android hunger!