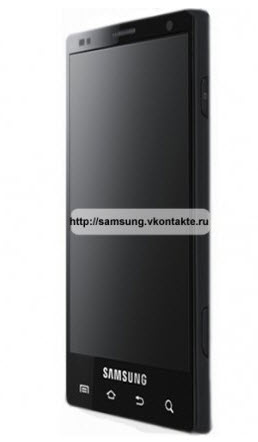 I’ll be the first to admit the Samsung Galaxy S is doing a lot better than I thought it would. I wasn’t completely sold on the phone back when I reviewed it over the summer, but sure enough Samsung’s marketing and distribution efforts are paying off. In any case, Samsung has deemed it worthy of a successor. That successor’s firmware has supposedly just leaked and XDA is already digging deep into it. Nothing has been extracted just yet, and there is even a chance that this is actually the Nexus S firmware. While we await the cracking of the code and more info, let’s take a stroll down memory lane to a batch of rumored specs that have resurrected from the dead and started making the rounds about the internet this Friday afternoon.

Rumors surrounding the Galaxy S2 have grown pretty outlandish in terms of pure freakish power, but we will take the bait and get a little Android daydreaming in this Friday afternoon.

If you take the word floating around the interwebz, the Samsung Galaxy S2 (i9200) will feature a screen that might put the original S’s impressive Super AMOLED to shame. It’s the same technology, but now sized at 4.3-inches and featuring a Pixel density of right around 340ppi. The full resolution would be 1280×720. That would give even Apple’s retina display a run for it’s money, but the S2 wonders won’t stop there, according to the same rumors. We could be looking at a 2GHz processor, but we are more inclined to fall into the camp that believes most rumored 2GHz processors for smartphones might just be misconstrued 1GHz dual-core chips.

If this all pans out we would see 1GB of RAM, 4GB of ROM, 32GB of built-in memory, an 8MP camera with HD camcorder (and with that chipset and display it might be full 1080p), and the upcoming Android Gingerbread (or would it be Honeycomb by then?).

The one thing that makes us question the veracity of these claims is that it is rumored to get a launch early next year. Pretty soon, considering the Galaxy S just came out this past summer. Then again, they could announce it early and launch it next summer, keeping with an iPhone-like update schedule (and we all know how much Samsung loves to cop on Apple). We await more info to be gleaned from this supposed firmware…