Give us your weak, your poor, your Android questions! It’s Friday and you know what that means…time to dig into the old mail sack and get down to PhanMail. We know we haven’t been as on top of our game as we should be, but two weeks in a row means we’re back on track. Remember, if you have any questions of your own send them our way via the PhanMail contact form. But time’s-a-wastin’, let’s get down to the questions.

First, HELLO PHANDROID TEAM…Ok onto the question! I coworker of mine has found a way using an i*hone app call “TalkaTone” to make free calls via GoogleVoice/GMail on his iPad. I was wondering if you know of any app/script/process to make this work on an Android phone or tablet? – Originalme8

Well HELLO TO YOU, TOO. At one point in time there was a clever way of combining Google Voice and certain features of carrier billing plans such as T-Mobile’s myFaves that would allow you to setup your handset for free voice calling. Recent updates to the Google Voice application have rendered the process moot, but if you happen to retain an older version of the app you may still be good to go. Head over to our original post on the matter and be sure to read through the comments for more tips.

Why does my phone charge so much slower when plugged into a USB plug on a cigarette lighter adapter in the car? What can I do to make it charge as fast in the car as it does at home? – Don

While I have dabbled in some electronics and still remember a bit from my high school physics class, I’m no expert when it comes to the scientific reasons your phone might charge faster via a wall outlet than when using a car adapter. I have noticed the discrepancy as well and long pondered it. My educated guess would be that the car adapter is drawing power at a lower rate, as car outlets and cigarette lighters aren’t intended to create the sort of current needed to run large utilities. Your home outlet, however, is designed to carry enough juice to power even large appliances, meaning much more energy is available to get your battery back to 100 percent. But don’t quote me on any of that. As far as ways to speed up the process in car? I’m not too sure. If you are frequently running out of juice on the go, you may consider purchasing an extended battery or two to carry as spares.

I am looking forward to 2011’s upcoming Droid-based tablets (like the Motorola Xoom). One thing that I’m trying to wrap my head around is — how will most co-owners of Droid phone & Droid tablet use both? Will will end up using the phone just for phone calls (what a concept) and the tablet for everything else? Might some folks see the tab as a complete replacement for a phone? – Steve

Ah, you are digging at the very question that has been the center of the tablet debate for years. Before the iPad made a huge splash, the most common argument against tablet computing was that the device might be less useful when tasks could as easily be accomplished on a smartphone or netbook/laptop. We’re starting to see more usefulness out of tablets these days, and a world when a user owns both an Android tablet and Android phone is right around the corner.

I guess how one ultimately splits up their time between the two is a matter of personal taste, but Google’s cloud synchronization of contacts, calendar, and voicemail makes it really easy to stay in touch and organized no matter which device is at hand. I’d imagine with powerful tablets like the XOOM on the horizing, Android slates will mostly find a home as media devices, while the Android smartphone would remain the day-to-day means of communication and productivity.

Hello, Im on att and already upgraded so I will have to buy either outright, overall I’d say the Atrix bests the Arc in specs but the design of the Arc is fantastic imo and it has a better screen and im gonna assume the camera will be better, im just not sure though, also theres the question of release date and price, anyone have any ideas when these phones will come and how much on eBay? Also do you think that the Arc will make it to att or at least a 3g compatible version at launch? I know people are gonna say avoid SE but I like them and I liked the X10, only thing that annoyed me was no MT.

Anyway what do you think? I really need a new phone as I am using a 3GS after my captivate broke, its not bad but I really miss Android. – Kevin

I have it on pretty good word that the Sony Ericsson Xperia Arc will indeed make its way to AT&T in the US, but as far as when that is an entirely different question. Knowing that, here are a few things to consider. The Motorola Atrix 4G should be out within the next month or two. It will feature support for AT&T’s HSPA+ 4G network. It will also feature a dual-core processor and the cool ability to dock into a laptop or desktop dock for PC-like computing. Do you sense that I’m leaning towards the Atrix?

But perhaps a later release of the Arc will give you time to consider your position. The Arc is a great phone, but (while there is chance they could update it) it won’t feature 4G support, has a slower processor spec, and comes with the baggage of SE’s history of Android updates. Having seen both, I will say the issue of which screen is better would be a toss up. In your case, it may just be best to wait it out and let your contract ride a bit as deals start to pop up and you can snag the handset you really want for a good price.

I have a Sprint Hero and can’t stand its lag, even though it is rooted and running CM6.1. I can now upgrade, and want to get an Evo. Assuming the Feb. 7 announcement is NOT a new phone, do you think I should upgrade or wait 4,5,6 or more months for the possibility of a newer and more exciting phone from sprint (?dual core)? – Jason

We’d say you’re in a tricky spot, Jason. While the HTC EVO 4G remains a great option on Sprint’s or any carrier’s network, we’d suggest holding off at least until after the February 7th announcement and Mobile World Congress later in the month pass. With Sprint lacking in any great new handsets on the horizon, we’d say they are poised to announce something big at either or both of those events. If you need a phone now, you shouldn’t feel guilty about picking up an EVO, but if you can at all wait, we’d say Sprint will have something better to offer over the next few months.

Hello, I am using metro pcs as my current carrier and I would like to know if I could get a highend Android phone like a Samsung vibrant or any other phone like that….(keep me updated about the forte) thx guys – Kelvin

I’ll keep this one short and succinct. You’re probably best waiting for the release of the Samsung Forte, which if recent leaks are any indication will be coming very shortly.

Say “hello, weekend!” everybody, and keep those questions rolling in. We’ll be back next friday with more answers so stay tuned. 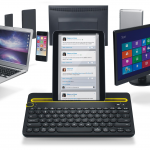